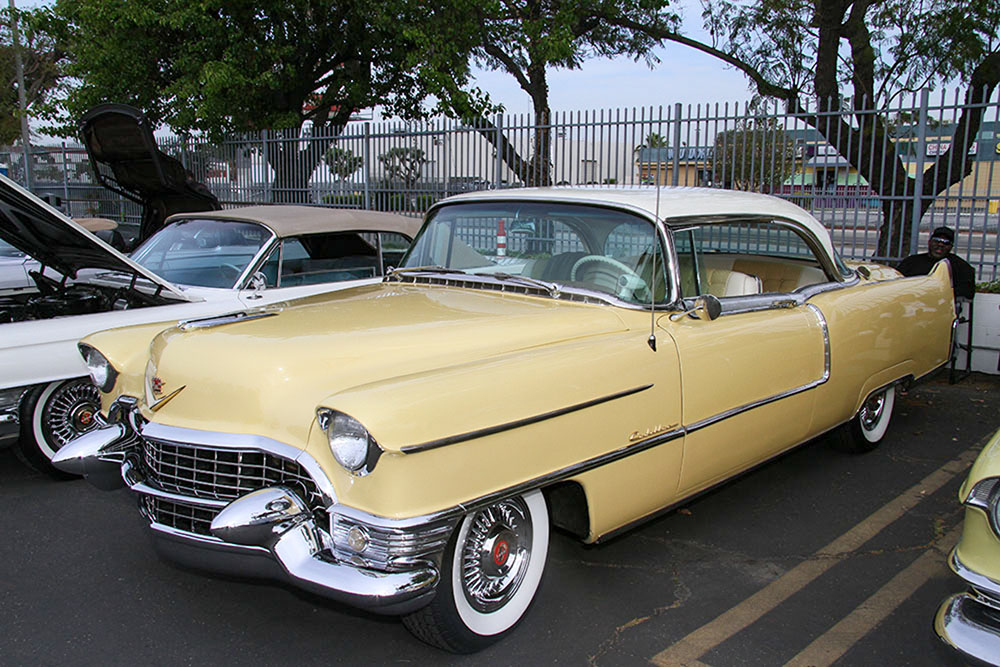 (Photos by Lou Hart and Darr Hawthorne) – This year is reportedly the 120th Anniversary of Cadillac and Southern California’s Lions Automobilia Foundation held a Celebration for owners and fanatics of the opulent General Motors beast of fins, chrome, and stylish sheet metal over the past weekend. As post-quarantine America wakes up, there are over a dozen of these specialty shows planned for 2022. 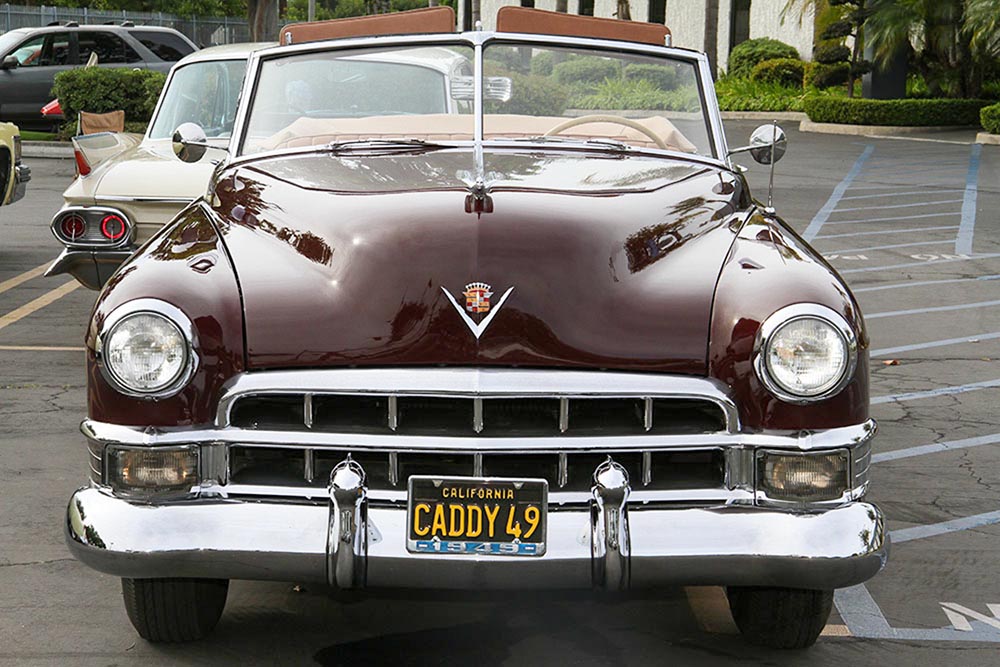 The Lions Automobilia Foundation Museum, a 100,000+ square foot homage to our racing and car culture, has re-opened with a program of weekend salutes to the traditional car show and revealing the museum’s extensive, restored collection, celebrating the joy of the automobile at Southern California’s newest car destination. 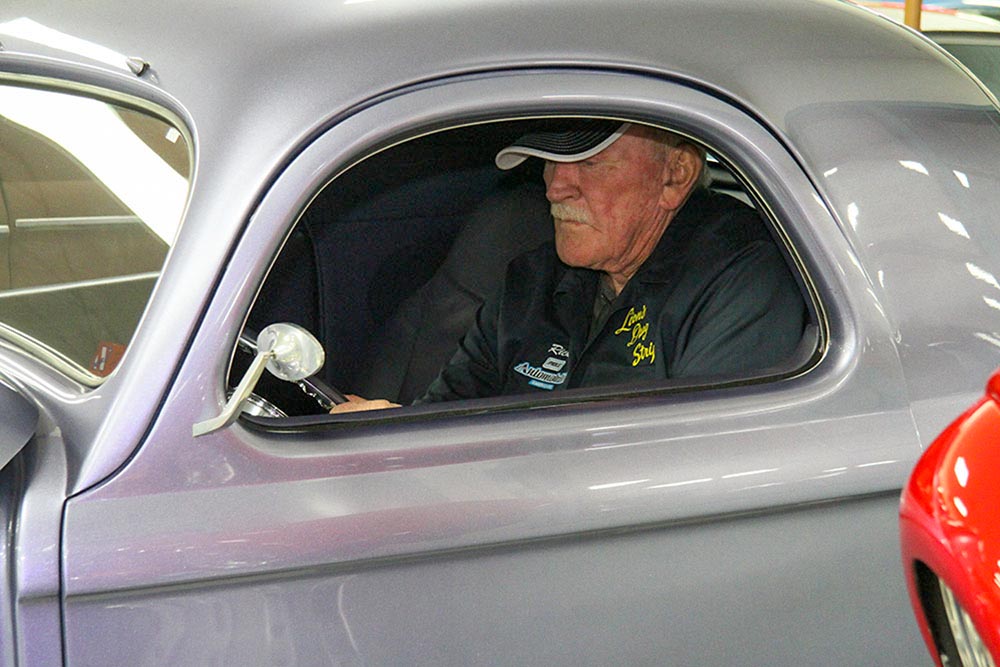 Rick Lorenzen, (above) Founder of the Lions Automobilia Foundation and Owner of Price Transfer grew up in Wilmington, CA. just down the street from legendary Lions Drag Strip. Rick hung out at Lions with his buddies and was naturally drawn to fast cars like the famed Stone, Woods, and Cook Willys Coupe. The original, powder blue ’41 SWC “Swindler II” Coupe sits proudly in the museum, alongside the original steel, nose section. 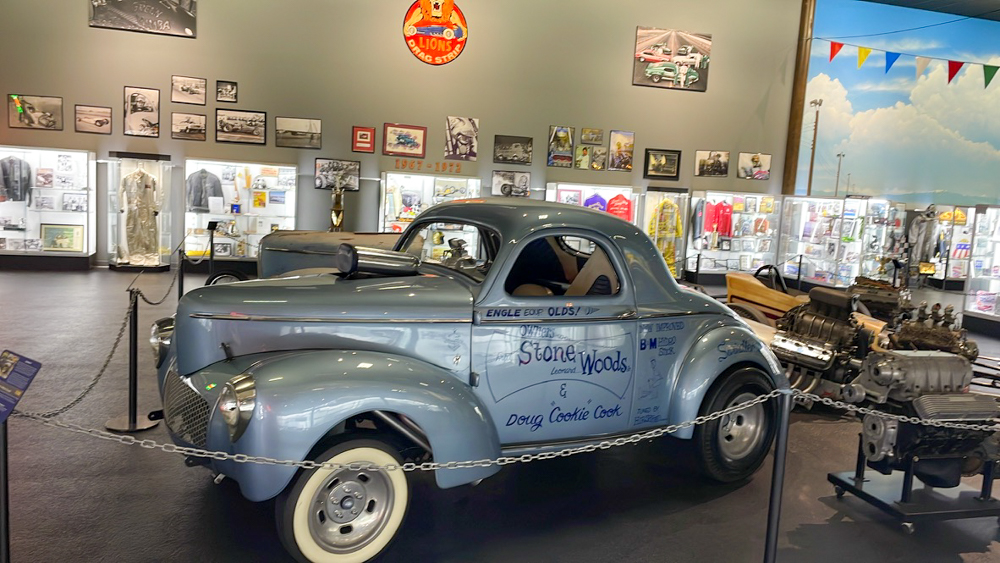 Lorenzen has one of the finest Willys collections around, housed in its own room, with a couple more sitting on chassis jigs being restored in the two shops on premises.

With well over one hundred restorations in six huge rooms you’ll see movie cars, hot rods, Tri-Fives, drag cars, Indy Cars and street machines, this museum is growing to become a weekend destination for fans and legends of the industry. 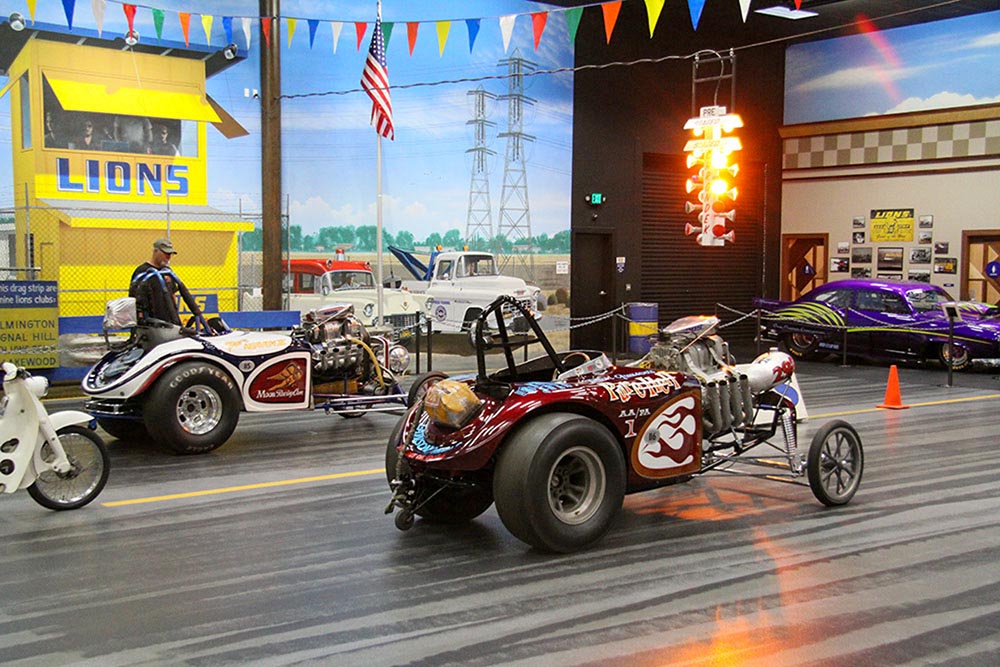 The Tribute to Lions Dragstrip is an incredible re-creation of the starting line, timing tower, grandstands and crossover bridge that was torn down after the Last Drag Race in December 1972. 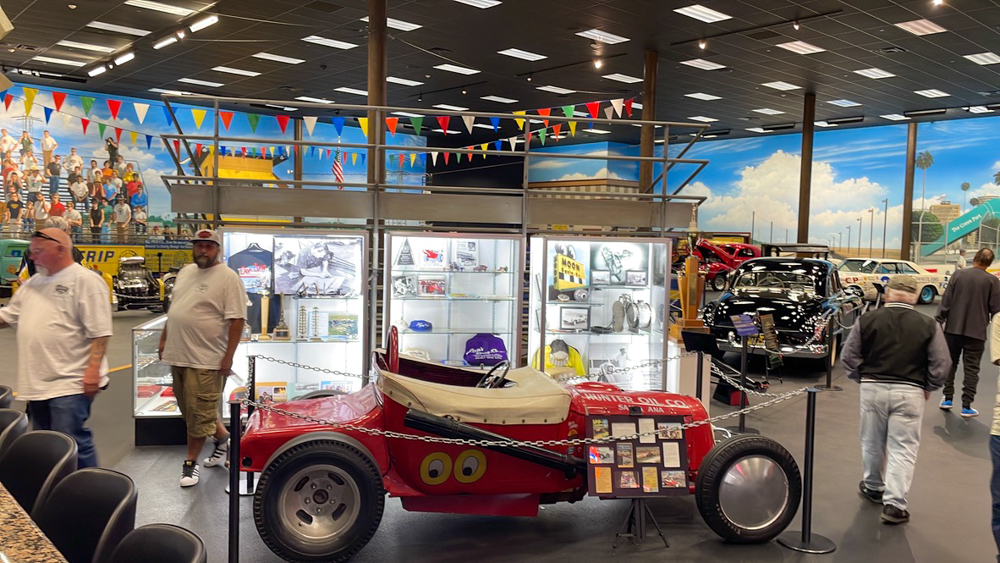 You’ll also find tributes to the winners of that fabled race; the late Tom “Mongoose” McEwen won in funny car over the “Snake” and Carl Olsen defeated Jeb Allen in the final pass down that quarter mile. You’ll find dozens of display cases of memorabilia, time sheets, firesuits, apparel, photos, magazines, and artifacts from donations to the Foundation and Museum. 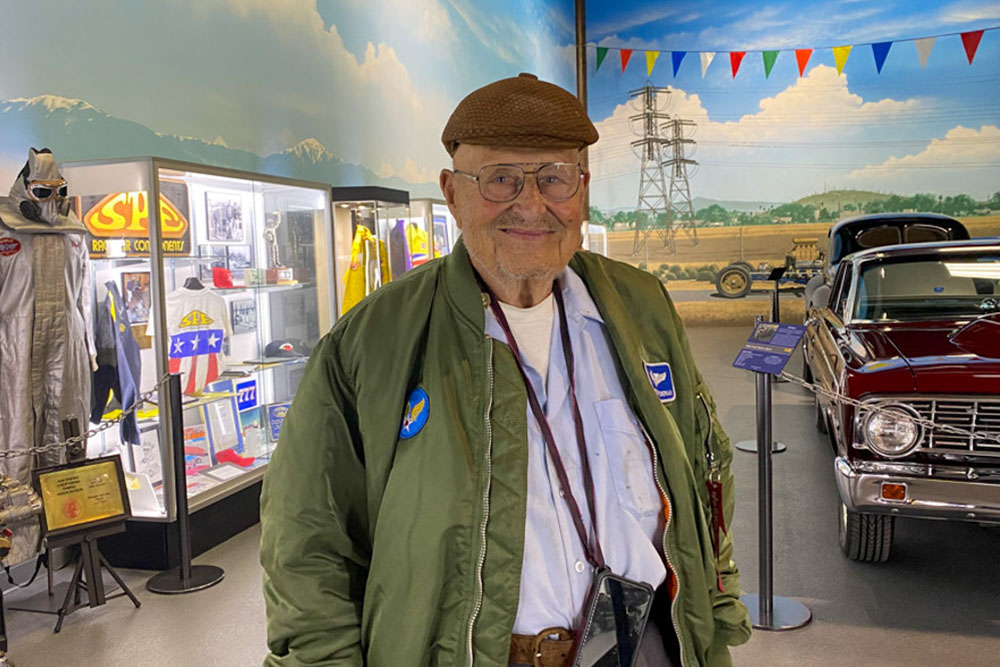 Pioneer Ed Iskendarian, yes he turned 100 years old this year, drops by periodically and visits with many attendees and fans, he’s very sharp and detailed in his stories of Lions and his many racing experiences.

Re-creation of the Lions Dragstrip starting line was the vision of founder Rick Lorenzen and under the direction of another legend; artist Kenny Youngblood and a number of very talented artistes. You’ll need to dredge up your own memory of the sweet essence of nitromethane fumes. 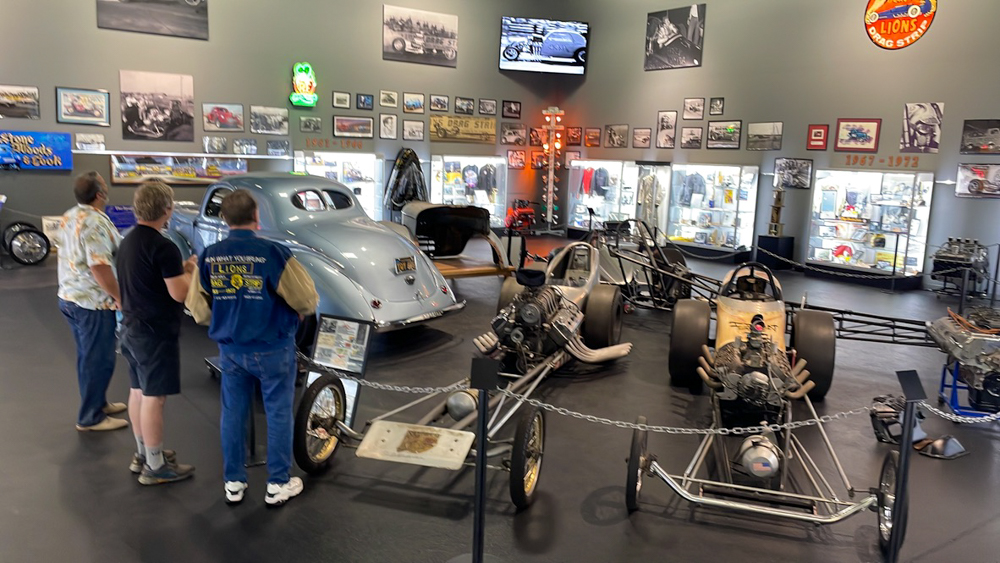 The next large show planned is on Saturday April 23rd with a Gathering of Gassers car show and a panel discussion on Gassers and a salute to the members of Road Kings car club. On May 21st is the 55thAnniversary of the Camaro. The Roar of Lions – Funny Car Fever is on June 11th with a bunch of funny cars!  You can find the entire schedule at https://lionsautomobilia.org

The Cadillac Knights Car Club participated in this display outside Lions Automobilia Foundation Museum, their photo gallery, shot by Lou Hart is below.

HOW TO IMPROVE 8.1L POWER. STOCK MANIFOLDS VS HEADERS. ARE SMALLER HEADERS BETTER? THE OTHER GUYS MORE SURPRISES FROM A CAR CASEY BOUGHT WITHOUT SEEING IT FIRST! WILL IT RUN?!