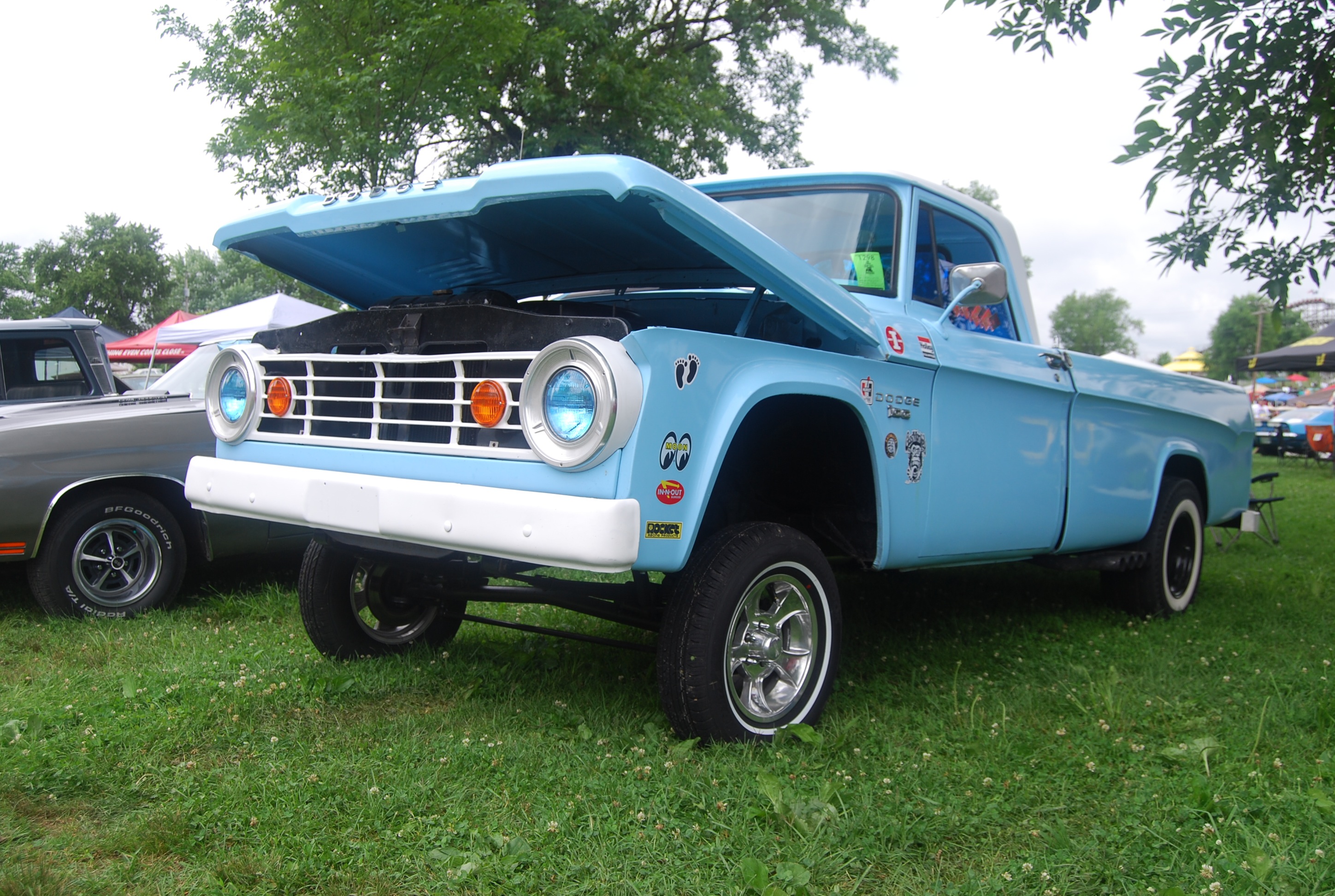 I enjoy finding vehicles that turn Lohnes into a drooling idiot. It’s a fun game that we here at BangShift have been playing for a few years now on the forums. The recipe is simple: Find a truck that is either A) the biggest damn thing on the planet or B) is exceedingly cool, truck or not. When I spotted Tommy Smith and Vicky Wallace’s 1967 Dodge D100 cruising into the Hot Rod Reunion’s show field, I snapped a quick picture and bolted to the timing tower with all the enthusiasm of a miner who had just found one hell of a nugget. The second Lohnes saw the pic, I knew I had a winner. His jaw hit the floor, he looked at me and urgently said, “Find it and get more pictures. Now!” 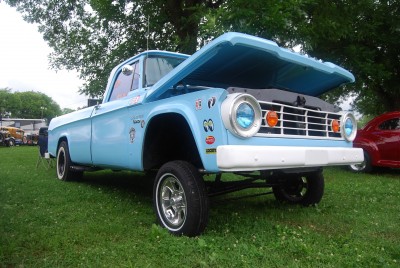 Not that he had to twist my arm. Look at it! I’m not all that into the gasser look, but when it’s good, you just know it, and brother, that Dodge has that look down pat. It’s clean…the baby blue paint with white top is perfect and the wheel/tire combination suits the truck perfectly. The stance is exactly where it should be. It’s not too obnoxious, not so loud that parents bring their children closer, and not so wild that it’s undriveable. 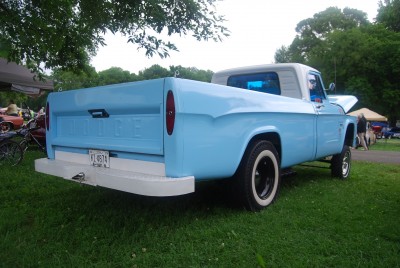 The D100 had just been restored in 2005 when Smith decided to do a gasser build. The 318 Poly engine and three-speed trans were left in place, as they were fresh. Ricky Bobby at Hawk Hardware in Manchester, Tennessee installed the Lucky 7 axle. Inside, the truck sports a freshly restored interior with a few custom pieces, and all of the windows and the headlights sport blue tint. Since completion, they have been enjoying the truck, taking it out for shows in the Midwest since. 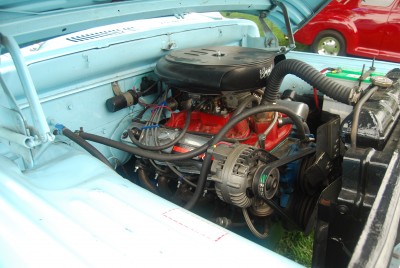 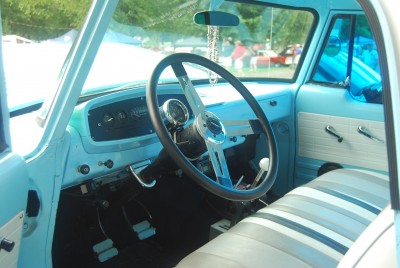 A useable brute that drops jaws…now that’s a way to do it. Now to find the next piece of gold… 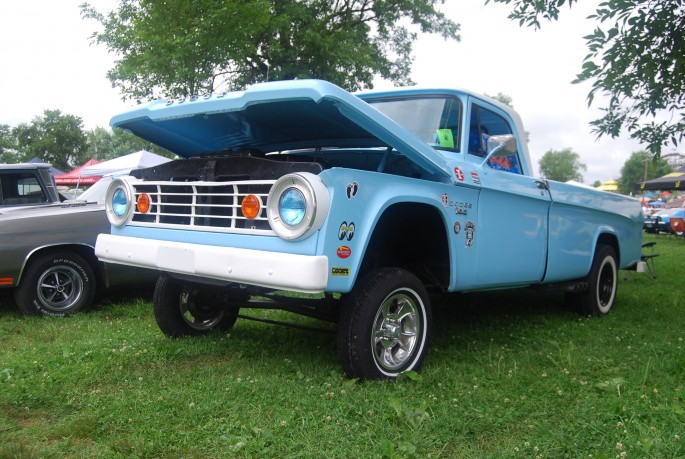 Carnage Video: Watch a Geo Metro Get Turned Into Farm Fertilizer! This Crazy Mud Truck Proves That All You Need Is Horsepower, Wheel Speed, And A Right Foot Made Of Lead