Get The Real History On Junkyard Digs’ Latest Barn-Find Cutlass 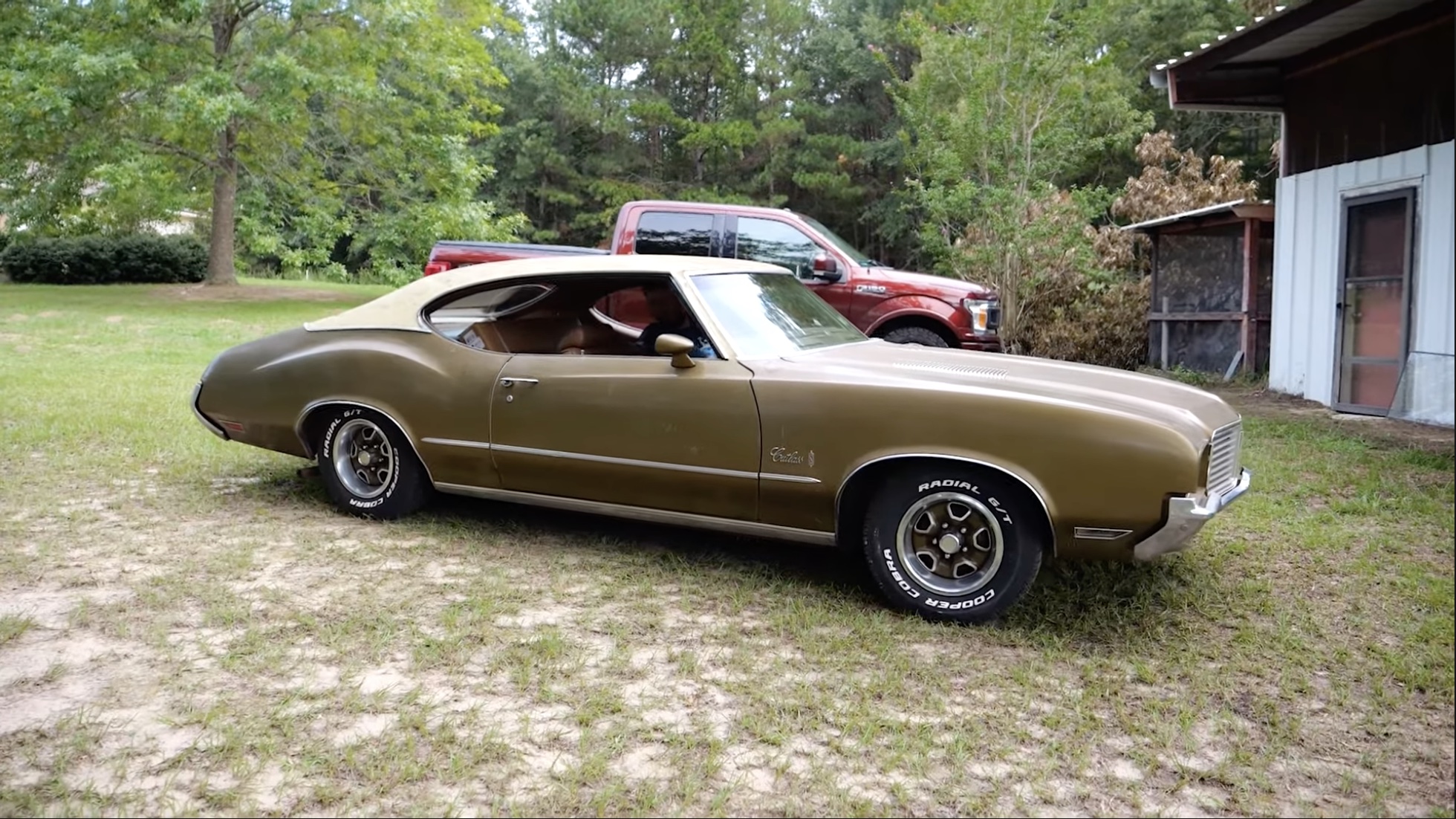 About a week or so ago, we showed you the first part of Junkyard Digs’ third Cutlass revival. That’s right, third…this dude has a knack for finding pretty decent Rocket-powered A-bodies that are in surprisingly good condition, especially considering his usual fare of absolutely hopeless Ford trucks that he usually subsists off of. The first one he drove on Power Tour quite a few years ago. The second one he gave to his dad. This one…well, I don’t think he has any say in the matter, it seems that Mook has claimed this one for her own. Smart lass.

One of the cool things about this second part isn’t the car, or the fact that they drive it from east Texas all the way back to the middle of Iowa, or that outside of a particularly bitchy radiator, the car drove flawlessly. Frankly, after the years of seriously beaten projects and the $900 or so of spare parts they brought just for this car, it should have made it fine. No, what makes this video unique is that you will get the story on the Cutlass. Not a quick run-down in-between changing wheel cylinders, either. The original owner herself penned the history of the car, from the day it was bought until the day that Kevin and Mook opened up the barn where it had been resting. This is a well-loved Cutlass, a very original Cutlass, and outside of the modification to the seat belt buzzer, a very complete Cutlass. Check out the second part below: