The Luxury HMMWV: We Got Junkyard Digs To Revive A Diesel-Powered Buick! 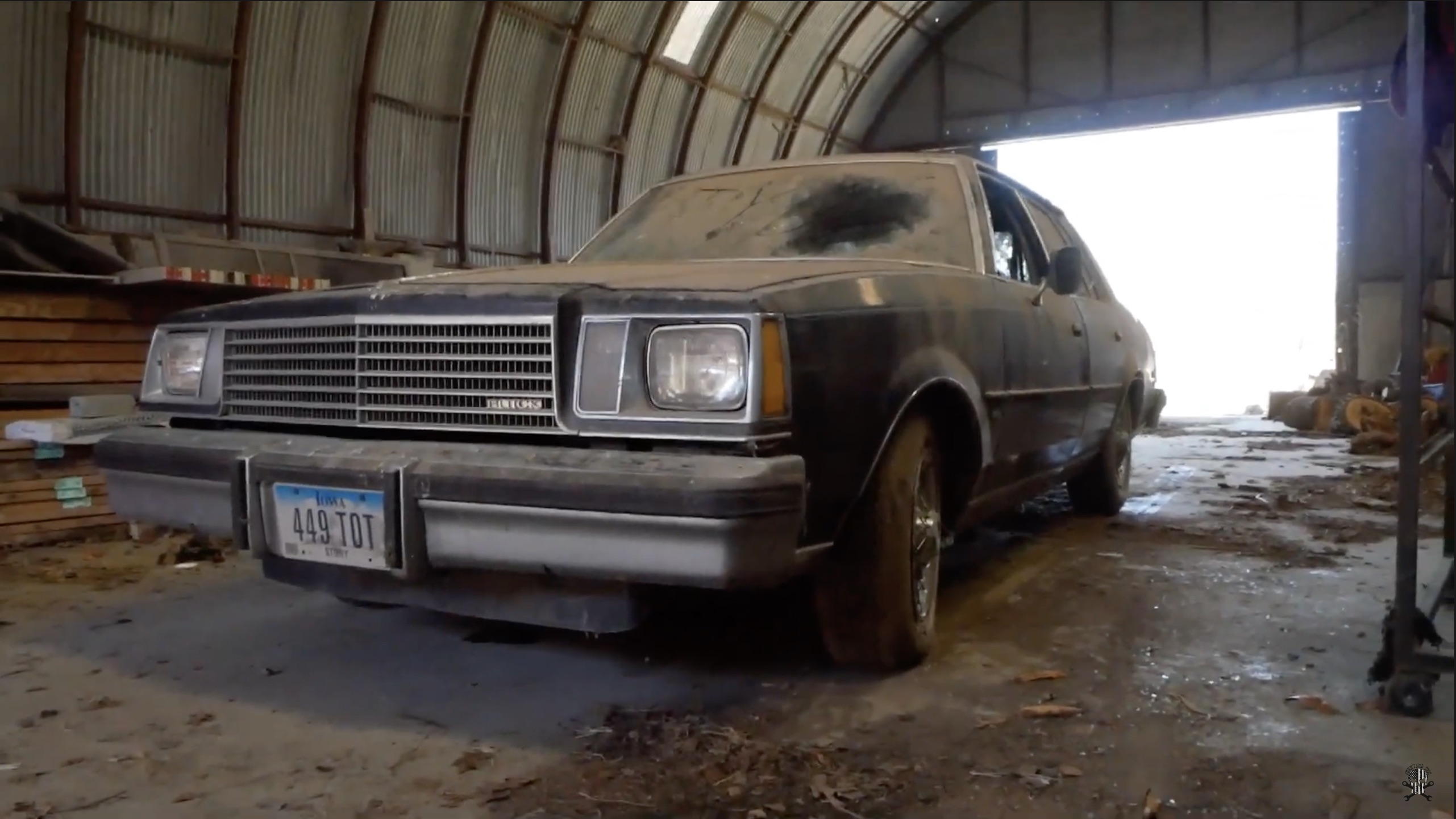 Have you seen the joke passed around about how in forty or fifty years, nobody is going to be excited to open a barn door and find a Honda Civic? Yeah…I might hate the things, but I promise you that there is somebody out there who is combing the worst used-car lots and back alleys looking for that 1999-2000 Honda Civic Si coupe that isn’t completely wasted. Maybe they had one in school. Maybe they wanted one and couldn’t afford it. Maybe they heard the legends about what VTEC could do and want to bring some wretched shell back to life. Someone, somewhere, is looking for a car that speaks to them in some way, shape or form. But, for every worthwhile cause, there is something that even the most dyed-in-the-wool gearhead is going to have to struggle to justify the cost, the expense of energy, and the rationale behind the project.

Kevin from Junkyard Digs likes to show me his projects a few days before YouTube gets to see them. When he asked me if it would be worth it to get this 1981 Buick Century up and moving, I couldn’t say yes fast enough…sure, it’s a four-door, but it’s a G-body that has been kept indoors in that same rotting former school that has lately been his gold mine for dead vehicles. Any G-body is a worthy save if it isn’t rusted in half or crashed. Down with a leaking transmission and only sporting a busted front passenger window thanks to some vandal during it’s slumber, I saw a quick video and the hope that Kevin might give up absolutely demolished Ford trucks for some 1980s GM mouse-fur comfort and compliance. Win-win, right?

Then he said “diesel.”

If you are unfamiliar with the Oldsmobile 350 diesel program, here’s the short story: OPEC 1 and OPEC 2 caused the Big Four to think about what was really good for their bottom lines toward the end of the 1970s. While Henry Ford II took the “Damn the torpedoes!” approach, and American Motors started digging through the couch cushions to find a few pennies so they could give the Hornet yet another new name and face, and Chrysler…well, “dumpster fire” pretty much sums up what THAT scene looked like…GM actually went smart. Every platform went on a crash diet. The 1977 B-body cars were an instant home run and the 1978 A/G body mid-sizers had similar luck. But then…well, that’s where the diesel comes into play. The LF9 350 was not a converted Olds block. There was some engineering thought put into it. In places. And they did offer up the fuel economy that was promised, in every bodyline they were put into…when they ran. But the pre-1981 blocks were the automotive world’s equivalent of Russian Roulette: there might be a payoff, or this might really freaking hurt. And many drivers hurt every time they had to whip out their wallets and checkbooks at the dealership because of something like rusted engine internals, or head bolts that couldn’t take the compression. 1981 and later blocks were better, but the damage was done and cheap gasoline had returned, and by 1985 the Olds Diesel was gone away.

And since I know how much Kevin loves working on diesel power plants, I insisted that he bring it to life. Every Olds Diesel I’ve ever heard run sounds like an irritated HMMWV at rest, and Kevin is an Army vet like me…should be a match made in heaven! Here’s how it fared:

One thought on “The Luxury HMMWV: We Got Junkyard Digs To Revive A Diesel-Powered Buick!”