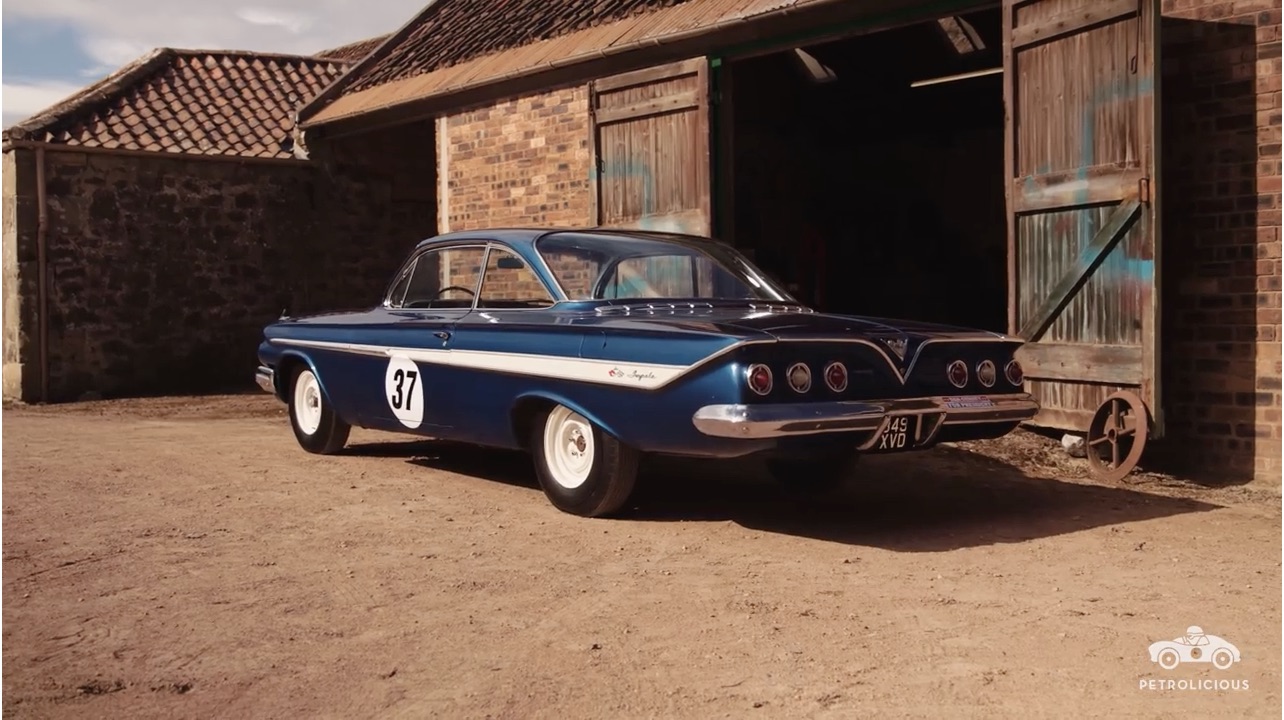 How much of a threat do you have to pose to a racing series before a behind-closed-doors deal is made that keeps you from coming back before your second attempt? How bad do you have to scare the established racers before that bit of trickery comes out? For Dan Gurney, all it took was a 1961 Chevrolet Impala with a 409 that had been gone through to freak out the racers of the British Saloon Car Championship. After seeing a field of Jaguar Mk.2 sedans racing, he got the idea that he had something to take to the Brits. He purchased the Impala, making sure to specify the police-spec suspension and brake setups. He installed cooling ducts for the front brakes, a Corvette sway bar onto the rear end, and let some wrenching buddies (Bill Thomas and Bill Fowler) make sure that the 409 was up to it’s potential, then he shipped the car over. He didn’t bother to gut it, he didn’t even bother to remove the radio from the dash. Gurney was on a mission and he had something big and bad at his disposal for a weapon.

The Impala made one hell of an impression at Silverstone. He took the pole position, with Graham Hill’s Jaguar 1.2 seconds behind, and led the entire race up until two laps from the finish. In a bit of crap luck, the left rear wheel failed and Gurney wound up with a DNF instead of the win the car undoubtedly deserved. Following the race, Gurney sourced some NASCAR-spec wheels and some extra spare parts, but the night prior to the Impala’s next race, he was informed that the Impala’s documentation for the FIA had been “misplaced” in Paris. Gurney was convinced that Jaguar competition manager Lofty England had something to do with the paperwork.

Many times, we’ve seen the big brash American car try to take on the Europeans on their own turf. Sometimes the attempt goes down in flames, like when NASCAR racers were sent to LeMans in the 1970s. Sometimes, it requires the Americans to think like the Europeans, which explains quite a bit of the Ford GT40’s success. This Impala, however, was simply an American showing up to a European field, on a European racetrack, and proceeding to do it’s best. There’s something pretty badass about that. Full interior, just a balanced and blueprinted engine, brake ducts and a sway bar in a Chevrolet, wading into a field of Jaguars intent on winning the day.