Does The Third-Generation Camaro Still Deserve It’s Mullet Reputation? Hell No, Not When They Can Be Tuned Into A Sweet Machine Like This IROC! 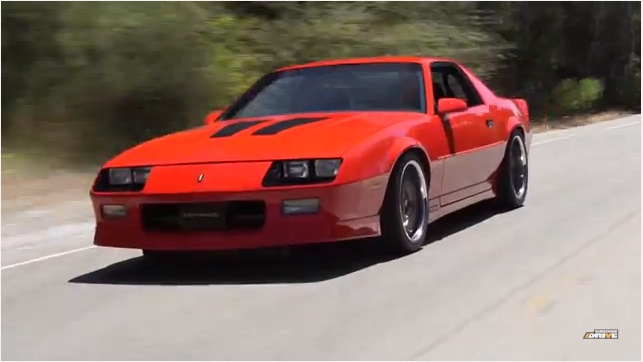 The third generation Chevy Camaro isn’t just unloved…it is somehow still the whipping boy of the F-body run of Camaros. Nevermind the bottoming-out point in 1975. Nevermind the rubber-nosed second gens. Nevermind the hordes of V6 cars, or even the four-banger Camaros from the early 1980s…the third-gens, as a whole, are still considered the “king of the trailer park” mullet rides, and that’s actually a damn shame. Whereas the Mustang crowd forgave…and quickly forgot…the Mustang II’s sins and gave the Fox Body tons of love, the Camaro didn’t get near the same kind of respect. Which is kind of sad, when you look at it: The 305 soldiered on, the 350 returned for 1987, and by the end of the run in 1992 models such as the reborn Z28, 1LE and B4C police package were making names for themselves.

The other benefits of a third-gen F-body are there: it’s an aerodynamically clean 2+2 with roomy front seats (don’t ask about the backs, though), a spacious hatchback, and a base platform on which tons of aftermarket parts can be applied with minimal work involved. The hardest part about doing a third-gen F-car is finding one that hasn’t been beat into submission. Do that, shop wisely, put some thought and effort into the modifications and setup, and you will be rewarded with a street sweeper as nice as Mike Kamimoto’s 1989 IROC-Z. Did we mention “engine upgrades”? Did we need to?

7 thoughts on “Does The Third-Generation Camaro Still Deserve It’s Mullet Reputation? Hell No, Not When They Can Be Tuned Into A Sweet Machine Like This IROC!”