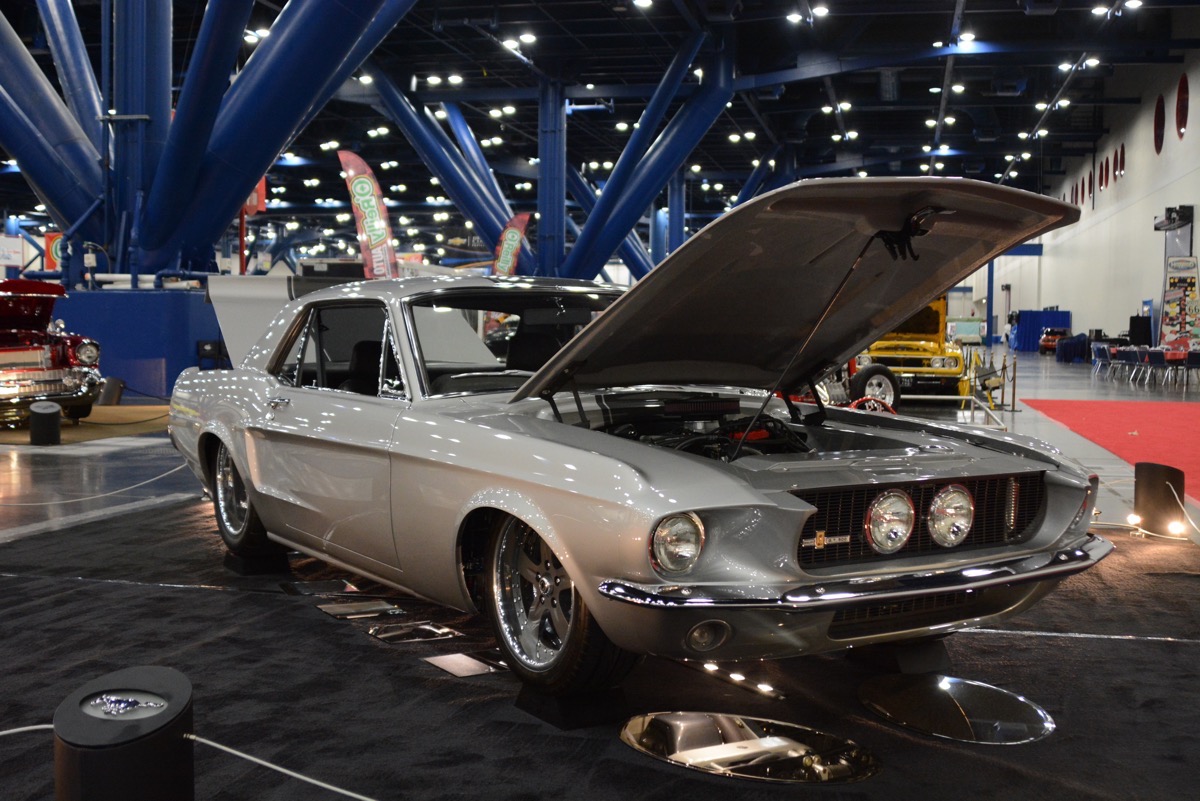 (Photos by Charles Wickam) – We promised you a week of Houston Autorama 2015 coverage and by God we’re going to deliver! The Charles Wickam generated photo pool is so deep our little toes aren’t even touching the bottom yet. As you can see from the first photo below, copper is becoming more and more of a thing. Obviously copper has been part of the hot rodding realm for a long time and vehicles like the Barris built Kopper Kart in the 1950s prove that but it seems to be making a resurgence. More and more show level cars are wearing the stuff and its cool color where chrome may have once lived and we think if it is pulled off right, it looks just as good.

Of course it isn’t all copper here. There’s the stuff you know and love in various iterations. How about the looks of that Mustang above? The stance is super aggressive, the big Shelby driving lights in the grill look tough and overall it is just an awesome and modern look at how someone things a vintage Shelby Mustang should have rolled out of the factory. Cars like that one and the copper machine are controversial in some ways because they nearly force an opinion out of you, right? There is no “meh” with that stuff. It is full on love or hate.

Bruce Larson Open House 2015 Coverage: The Cars, The Show, And The Stuff Of A Drag Racing Legend Does The Third-Generation Camaro Still Deserve It's Mullet Reputation? Hell No, Not When They Can Be Tuned Into A Sweet Machine Like This IROC!