May 27, 2020Bryan McTaggartCHEVY, TRUCKSComments Off on Random Car Review: 1994 GMC Suburban by Lingenfelter: Would 605 Cubic Inches Please You, Sir? 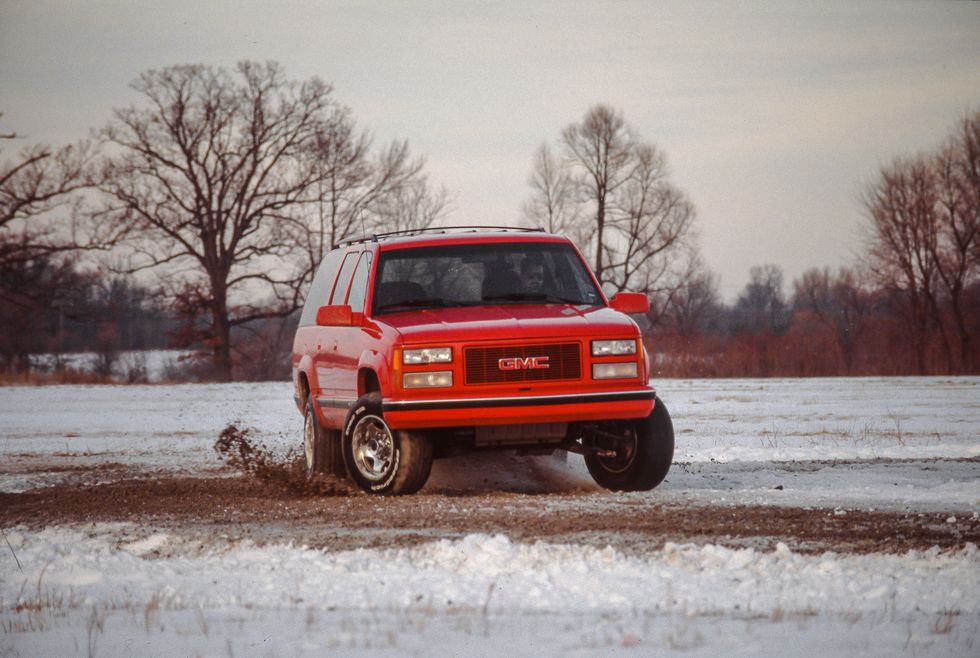 (Lead and engine photos: Aaron Kiley/Car and Driver) 1994…what a year. Music, news, world events…way too much to dive into without going off on thousands of tangents, so let’s stick to cars. What was exciting then? Camaro vs. Mustang, with both cars still well under the 300 horsepower mark. The Dodge Viper, 400 horsepower. Corvette ZR-1? 405 horsepower. In the truck world, the word of the day was Dodge, who had finally moved past the truck that had carried the company since 1972. The new Ram was a jaw-dropper that floored just about everyone who laid eyes on it for the first time, right up until someone hit the horn and realized that whoever was in charge of the looks was not in charge of that detail. By comparison, Ford and GM looked straight-up square by comparison. 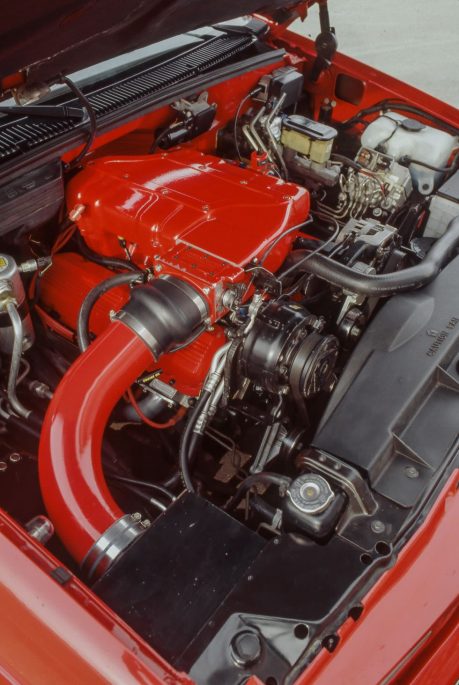 But GM wasn’t bad. The GMT400 C/K line is just one truck smash hit out of many that General Motors has to their credit. Sport truckers loved them. Off-roaders adored them. To this day, farmboys still rock them like they’re the best things on Earth. But powerful…yeah, let’s go back to reality for a moment. 255 horsepower from the 350, 290 horsepower from the 454. Eh…it was par for the course. Now, what would radical look like? Take a GMC Suburban. Paint it “Hello, Officer!” red, throw a set of neat wheels and maybe a small lift kit on it, and call it done. Oh, one other thing. Rip out whatever is residing under the hood and stuff in 9.9 liters of “Holy mother of God” big-block Chevrolet complete with an intake system raided from Mercury Marine. 550 horsepower and 705 ft/lbs of torque is eye-opening today. In 1994, you could run just about anything that wasn’t competition-rated and packing a parachute in the truck you towed the race car to the track in, with all of your friends piled in just for that extra salt in the wound.

And just in case you were thinking that this might be a one-off, we found a Chevrolet version of these battle tanks for sale in Washington State a couple of years ago and if we had the $18 grand the dealership was asking for it, we would’ve found someplace to park it. And it’s even more understated than the original GMC that Car and Driver tested out, painted that sandy silver and wearing newer take-off wheels. People bought them. And we’re sure that people enjoyed the hell out of them, right up until they noted the fuel mileage. 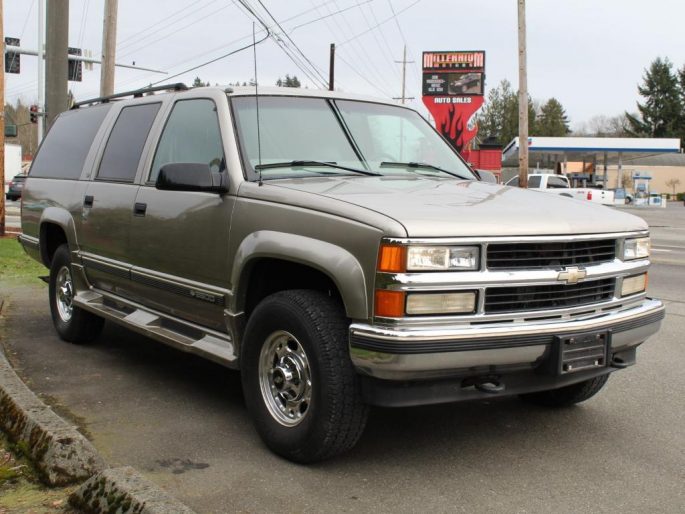 Watch a Drag Racing Crash That Was Inches Away From Being A Nightmare Disaster Classic Equipment Video: Watch This 1950s International Harvester TD-9 Video That Concentrates On Landfill Work