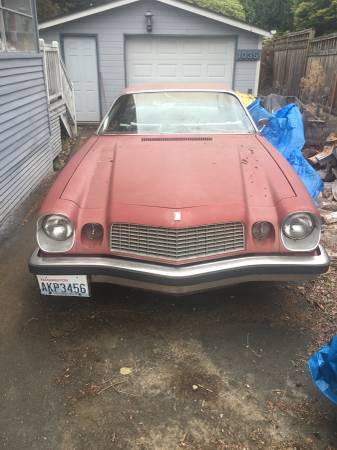 Whoa. I’m having flashbacks to my first car, and I’m not kidding in the least. Washington State tags, check. Manual-trans shovelnose second-generation Camaro, check. That funky shade of red that quickly oxidized to a red primer shade of bad, check. Rust, check. The deja vu is just a bit strong here, but it’s not a direct match: there is much less rust in this 1977 Camaro I found on Craigslist while hunting for cheap car project fodder, and this one isn’t one breath away from the crusher. 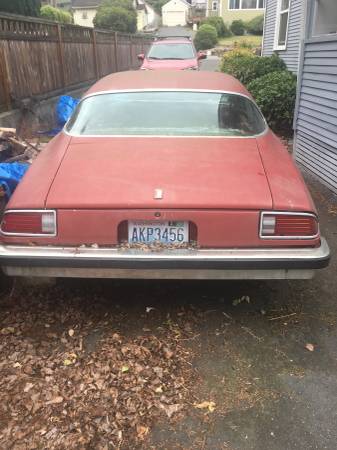 If you haven’t checked out second gen Camaro prices in a while, go do that…I’ll bet you’ll be surprised. This would’ve been a $1,000 car (if not less) all day long for decades, but recently any second gen Camaro has become a hot commodity. With that being said, there’s a reason for this Disco Camaro being a candidate for the Rough Start program: “divorce sale”. Yep…one man’s bad day can become a gearhead’s diamond in the rough, provided you actually go through with the sale, unlike the past buyers this dude has had the unfortunate luck of meeting. Hmm…wonder if the buyers asked to make payments?

There’s no interior and there’s the rot to deal with, but for two grand and a seat, the Camaro looks drivable, at least. And unlike most of the finds I tend to dredge up, there’s a chance that you could earn your money back on this car if you are smart. Win/win? Maybe not for the seller, but for the right person looking, it just might be. 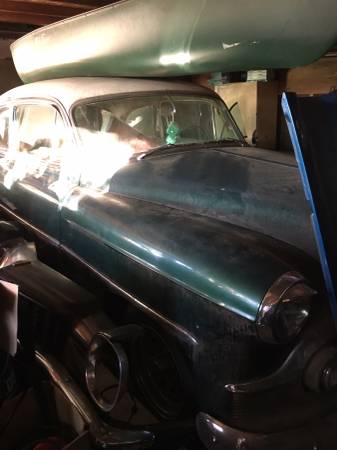 Or you can go whole hog, bring home the long-term stored 1953 Bel Air as well, and be out the full five grand, but have a neat bathtub Chevy to wrench on as well! Good luck explaining that one to the missus as the truck rolls up to your driveway…

Video: Flight Without A Fin Tells The Tale Of A 1964 B-52 Test That Went From Bad To Epic Epic Fail: This Capri's Hood Calls It A Day In The Middle Of A Run!