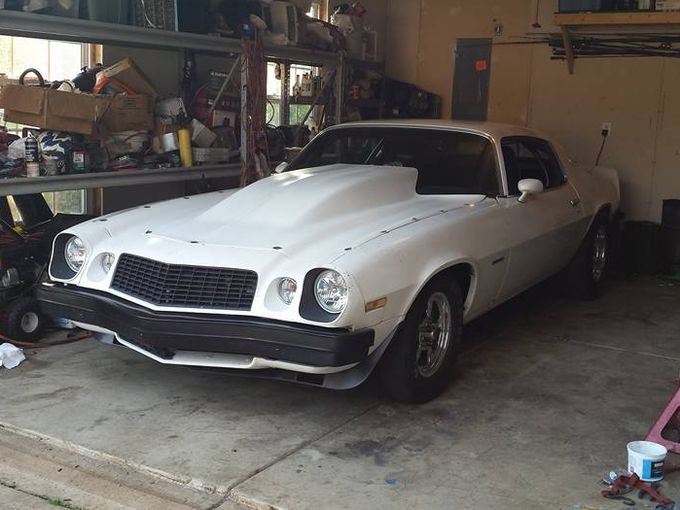 It has been almost four months since Jason Tabscott’s GMC Sierra, car trailer, and the white 1975 Chevrolet Camaro that ran hard in Street Race Small-Block N/A on Drag Week this year were stolen out of a parking lot near Gateway Motorsports Park. Up until recently, the three items just seemed to have vanished into thin air, but a couple of days ago the GMC Sierra appeared, abandoned in St. Louis. The truck had been resprayed silver, had the windows tinted, and has seen some battles…there are even bulletholes in the body of the Sierra. 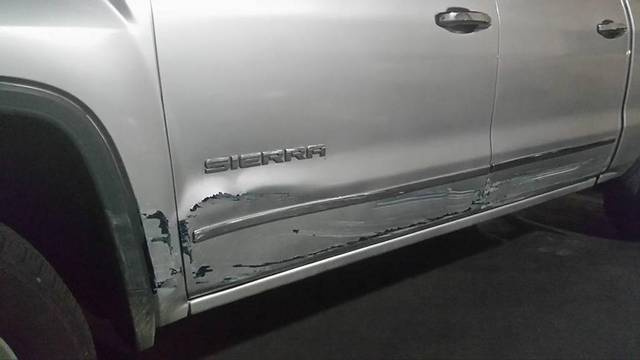 Getting the Sierra back, even in it’s semi-trashed state, doesn’t help the loss of the Camaro that Tabscott had spent fifteen years putting together. The car is a 1975 (big back window) Camaro, with black bumpers and a Dzus fastened cowl hood, and was last seen with Indiana plates 980MCT. The last reported sighting of the cars placed them somewhere in the Wentzville, Missouri area shortly after the thefts, so there is a chance that the car is still within range of St. Louis.

I can’t begin to understand the loss of a car that you’ve owned for decades, spent nearly two decades wrenching on, and had just hit a high with. What I do understand is just how low the thieves really are. This wasn’t a sophisticated car theft, this was a smash-and-grab: the thieves bashed out the back window of his wife’s SUV, stole her purse (where the keys to the truck were at) and split before anybody knew what happened. I can speak about vengeance and who deserves what all day long, but the truth is that the only person who I can assure deserves anything is Jason Tabscott…he deserves his Camaro back. Be on the look out, readers. 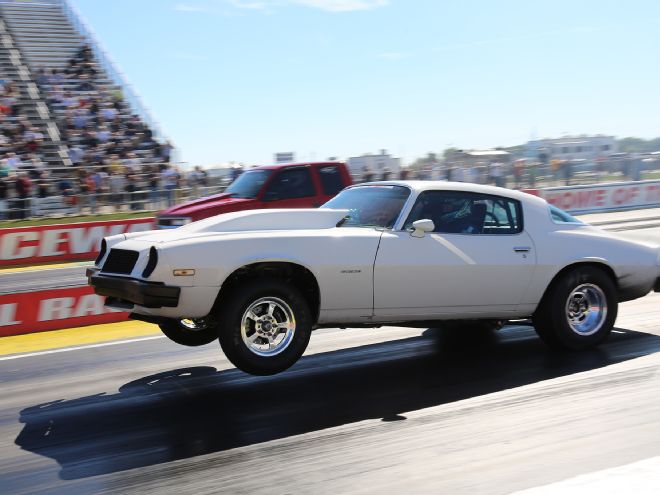 This Incredible Video Of A Funny Car Hitting The Tree Reminds Us How Tough These Are To Drive Hot Rod Garage Meets The Crusher Camaro! The 1970s Street Machine Look Is Ditched In The Name Of Handling!