Corvair War! Nice Try, Lohnes, But This 1964 Greenbriar Van Is Up Your Alley And We All Know It! 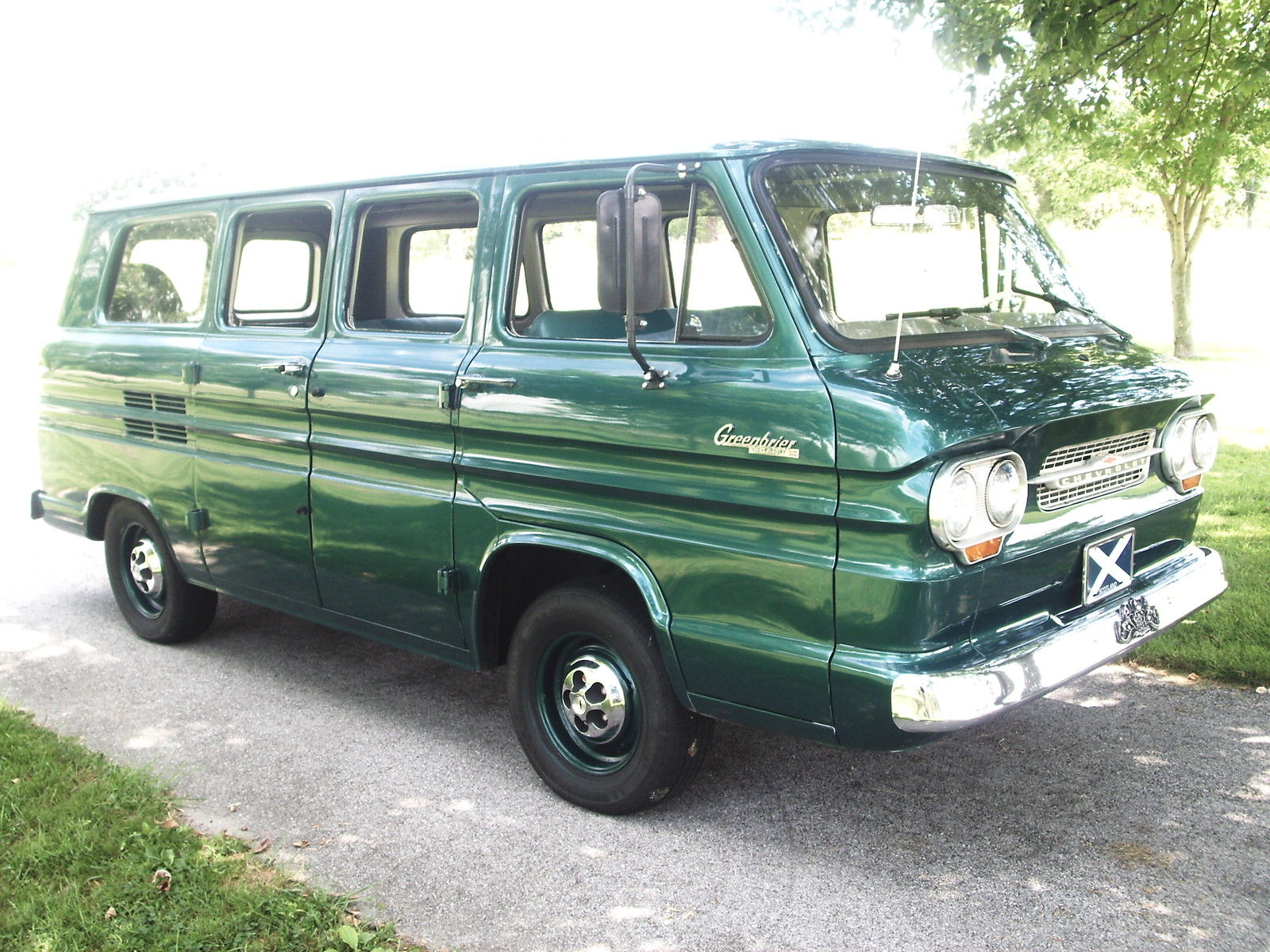 The only reason that Brian got the Crown-converted Monza coupe instead of me is because the man sleeps ten minutes a night, and he’s right about one thing…that it is absolutely badass. I’d take it as-is, color-coded turbine wheels and all, and proceed to repave half of Bowling Green while uploading YouTube videos of the action to Ralph Nader’s personal inbox. But if he thinks that is the end-all, be-all final point of the argument, then he might want to find an athletic cup because I’m going for a low blow with this 1964 Corvair Greenbriar forward-control van. 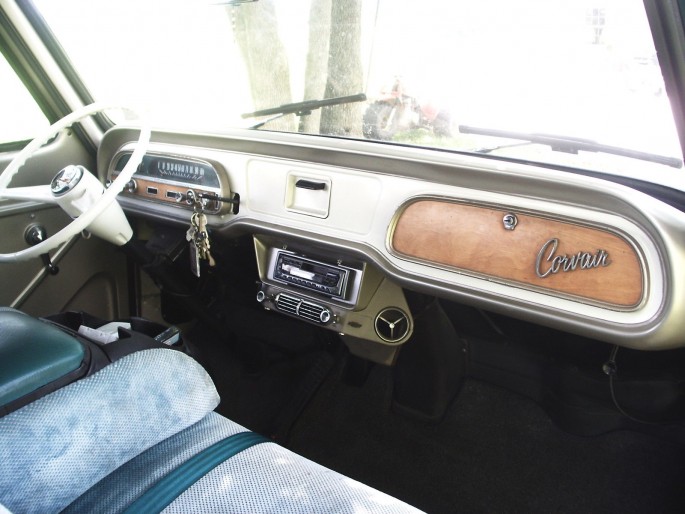 Leave it to Brian Lohnes to find the ONE  ok, it’s a six-cylinder out of a 1975 Omega. Whatever…Corvair in the land. Brian has the same performance bug we all do, but we all know his heart is really set on utility vehicles from days gone by. And we all know that Brian is a family man, with a loving wife and two sons who love spending time with Mom and Dad, so in lieu of a rolling Tupperware bin that was designed by Japanese engineers to withstand multiple vomit episodes and be as inoffensive as possible to any and everyone, I offer a family wagon that instead appeals to his gearhead side while still offering the family-hauling capacity and utility of a minivan! The Corvair Greenbriar fits that bill…offered as a forward-control van and pick-up, the air-cooled flat-six remained, as did the transmission options. You could get a three-speed, a four-speed, or like this van, an automatic. 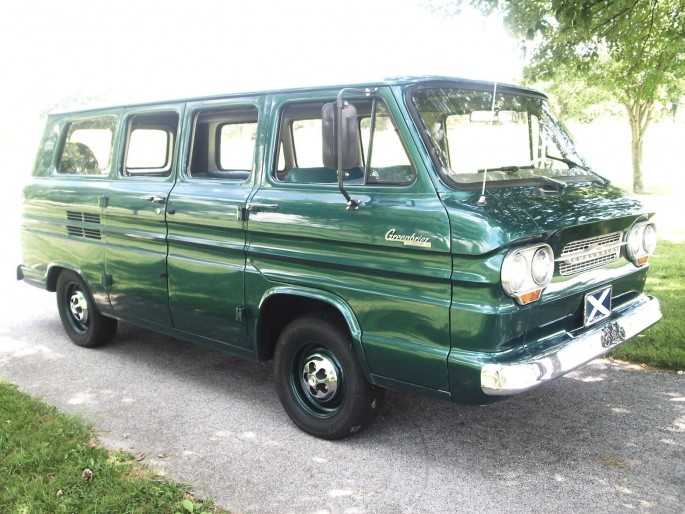 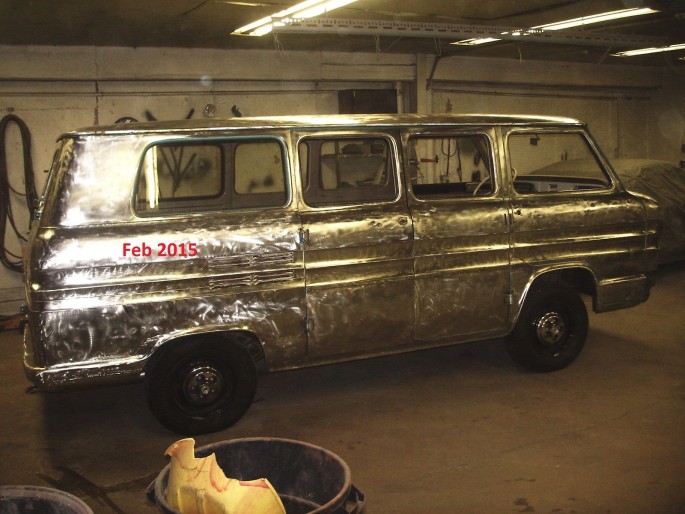 Fresh from a full-strip restoration, the van appears original but in truth has been well-customized. The seats have been modified to fold down into a bed, which would be nice on those trips that don’t require Brian to fly somewhere, and when upright the seats face each other, so the boys can chat while the family is out road-tripping. If you are so inclined, the Corvair Ranch, which is just a quick hop down from the owner, will get the air conditioning functional. That’s a bonus, because nobody wants a sweaty Bruab. 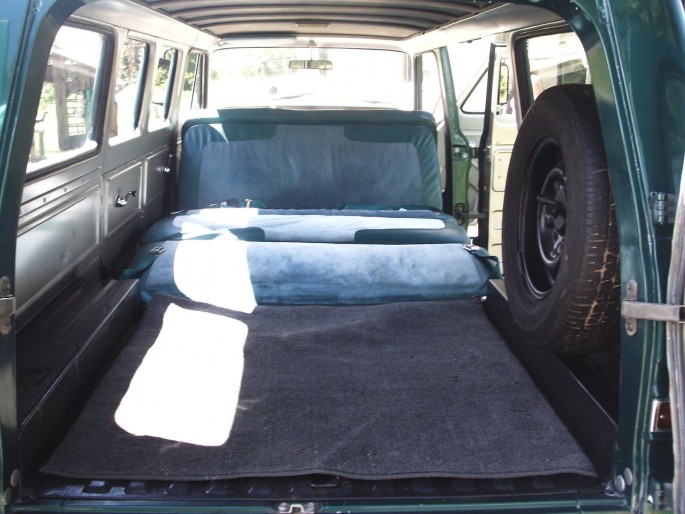 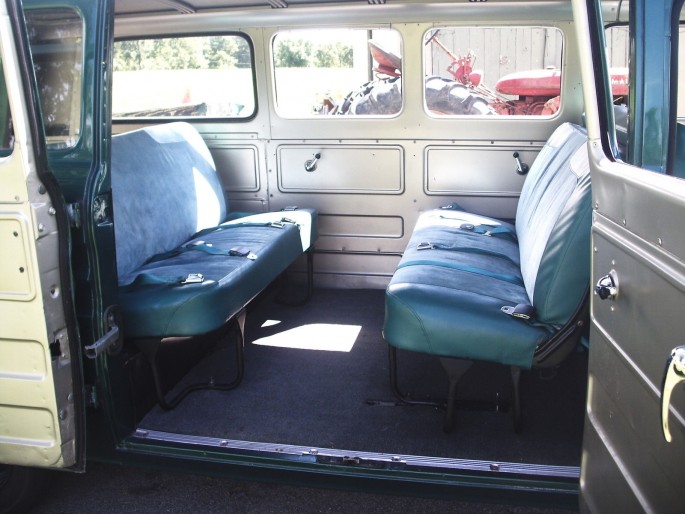 At a press-time bid of $5,100, a 95% completed restoration that is drivable and functional, with explanations on how to finish the job sounds like a screaming deal. The only way this deal could be any sweeter for the boss is if it were a Greenbriar Rampside truck, but this is still the equivalent of standing outside of the front window of a Planet Fitness with a Boston Cream Cake in hand. So go ahead, Lohnes, one-up this one. Something tells me you already swung for the fences with the Crown Corvair… 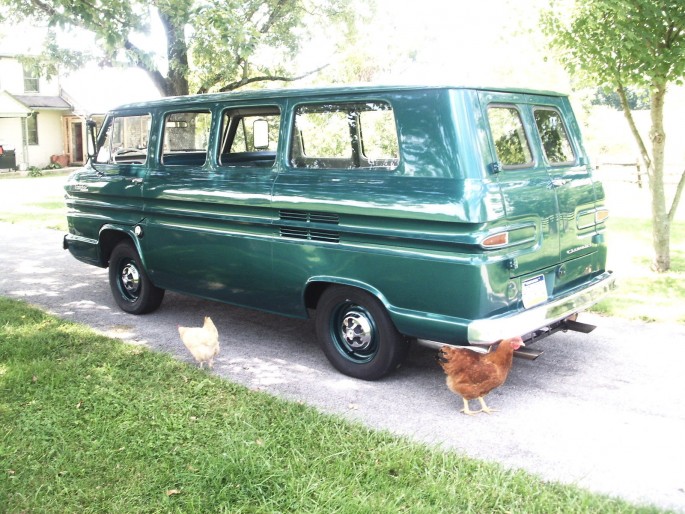 …and look, we even found you dinner!

3 thoughts on “Corvair War! Nice Try, Lohnes, But This 1964 Greenbriar Van Is Up Your Alley And We All Know It!”