Jul 25, 2019Craig FitzgeraldBangShift News, Car FeaturesComments Off on The dedication ceremony at the GM Technical Center in 1956 must’ve been amazing 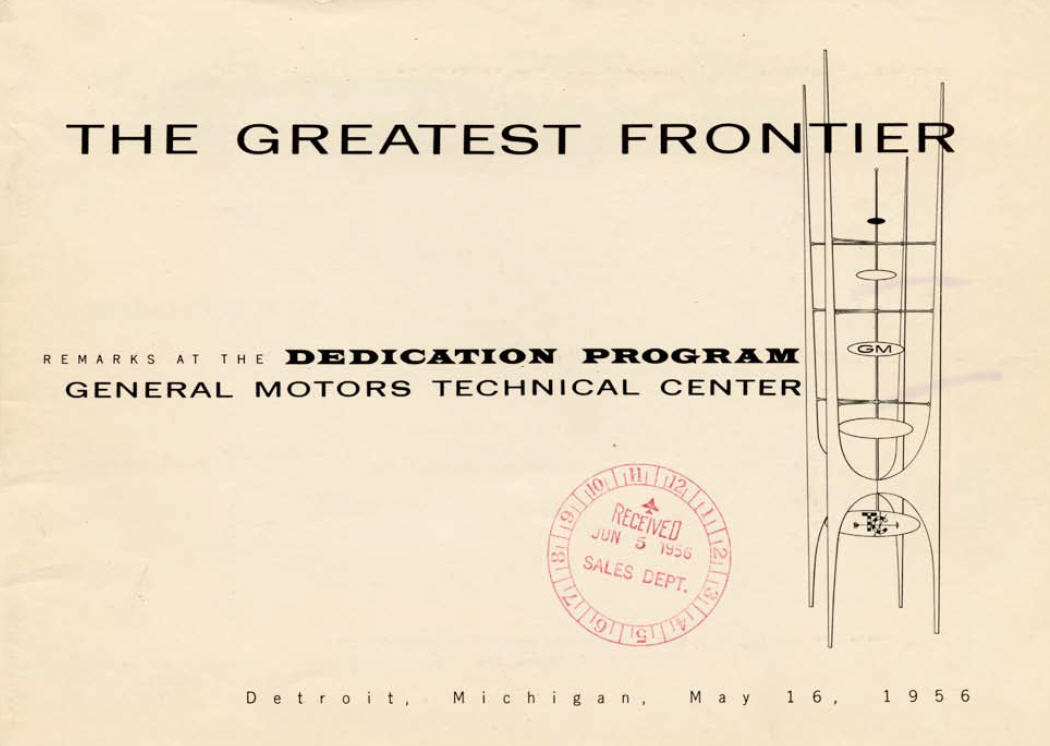 Given GM’s current recall woes, its financial trouble and its controversial bailout by the Feds, it’s hard to remember a time when the future looked like it was happening right inside the gates of General Motors property. But on May 16, 1956, if you were in the audience at the dedication ceremony at the GM Technical Center, it must’ve seemed like everything was in our grasp. 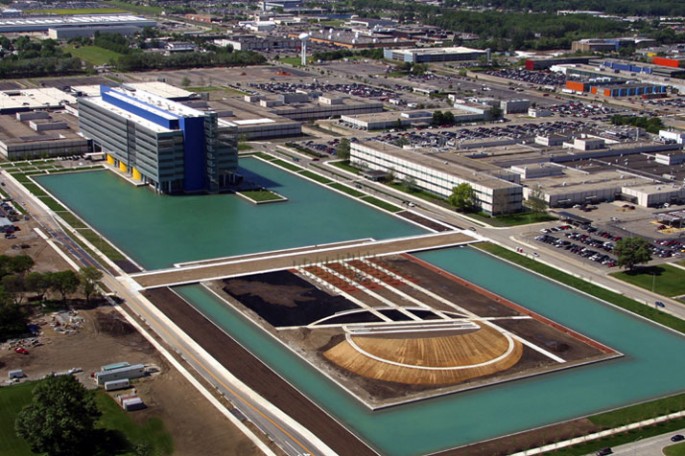 The General Motors Technical Center is a sprawling campus comprised of 330 acres, with 11 miles of roads, 22 buildings, an iconic water tower and a 22-acre rectangular reflecting pool.  The Warren, Michigan campus is home to 16,000 General Motors employees. 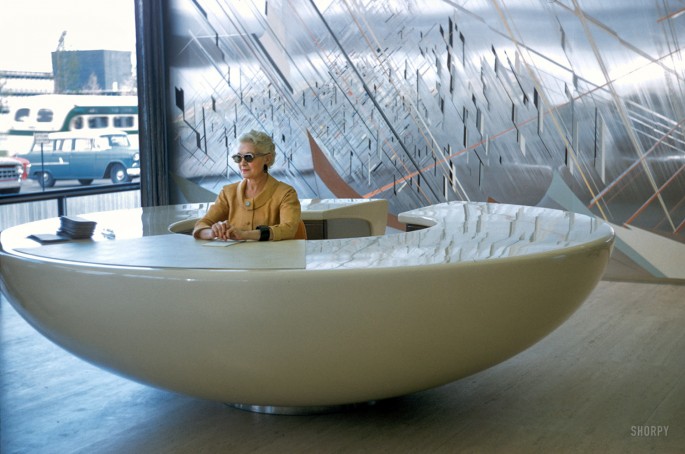 General Motors broke ground on the Tech Center in 1949. The project was assigned to Finnish-American architect Eero Saarinen. It was his first major work, in collaboration with his father. The GM Technical Center follows the rationalist designs of Ludwiv Mies van der Rohe,  incorporating steel and glass, but with the added accent of panels in two shades of blue.

Saarinen used models to share his ideas with others, and gather input from other professionals. Following the success of the GM Technical Center, Saarinen contracted by John Deere, IBM and CBS to design their corporate headquarters. Saarinen also designed St. Louis, Missouri’s iconic Gateway Arch. 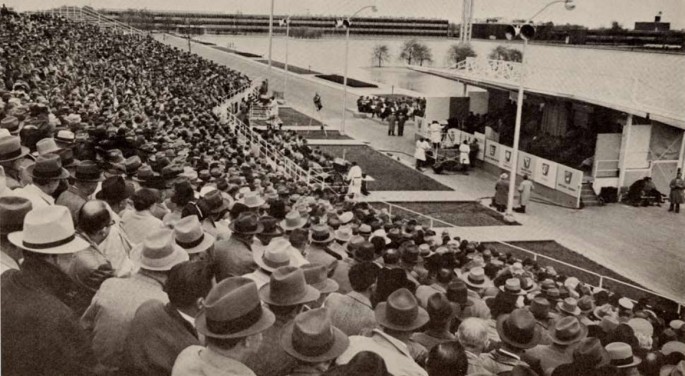 The GM Technical Center Dedication Ceremony was literally the most important thing that happened in the United States on May 16, 1956. Not only did General Motors executives take the dais, but the President of the United States — Dwight D. Eisenhower — took the stage to offer his remarks, as well. 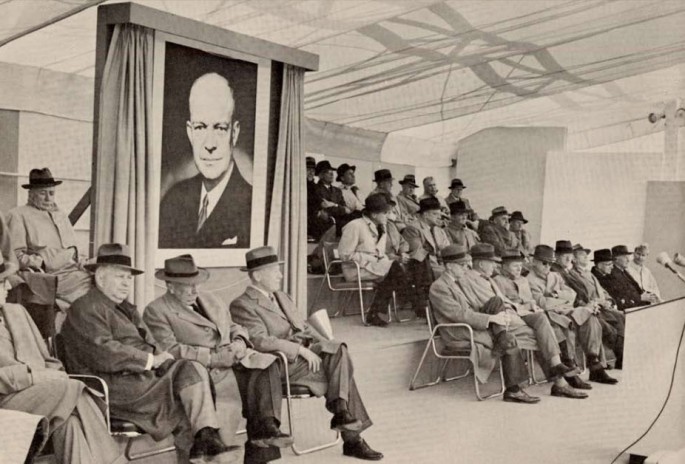 None other than Charles P. “Boss” Kettering arrived that cold May afternoon to offer his best wishes to the assembled dignitaries. Like any public speaker, Kettering started off with a joke:

“I am following Dr. Lawrence R. Hafstad,” started Kettering, “who is from Minneapolis, and this reminds me of a little story of the fellow standing on the corner, reading a newspaper. He said ‘I see here where it was thirty degrees below zero.’ The man standing beside him said ‘Is it Fahrenheit or Centigrade?’ ‘Neither,’ he replied. ‘It’s Minneapolis.'” 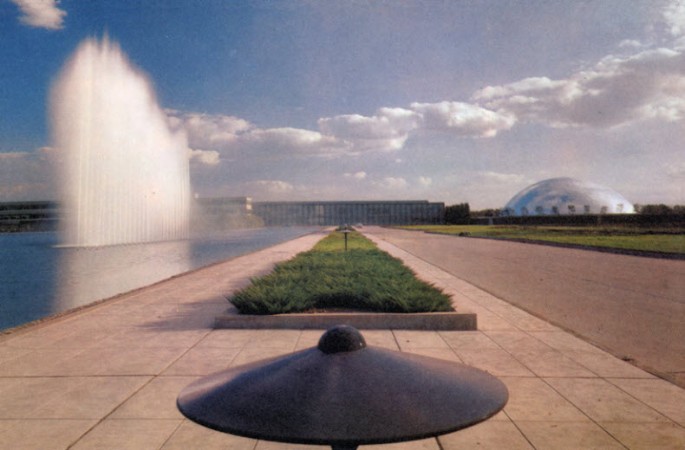 It bears mentioning who Dr. Lawrence R. Hafstad was. This is a time when people who used to run the telephone company or sold contact lenses have executive positions at General Motors. Prior to taking on the position of Vice President and Chief of Research Laboratories at GM, Dr. Hafstad was a physicist who created the first nuclear fission reaction…at a car company. It doesn’t take a nuclear physicist to figure out that GM had bigger aspirations than just building the next family car in 1956. 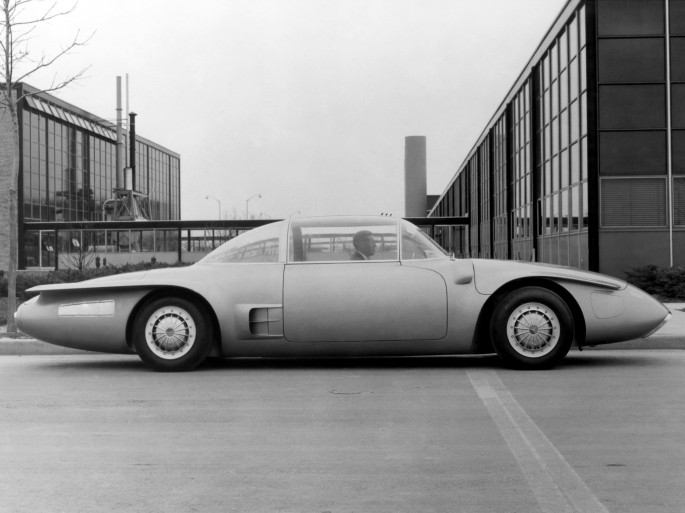 It was also an opportunity to showcase some absolutely amazing technology. Boss Kettering stood with the GM XP 500, which was also introduced that day in 1956. It was a wildly futuristic concept style-wise, but what was under the hood was the real news. It was powered by the first appearance of a functional free-piston engine, a piston configuration that uses cylinders moving in opposite directions to compress air, and completely eliminated the crankshaft and many other energy-sapping moving parts. 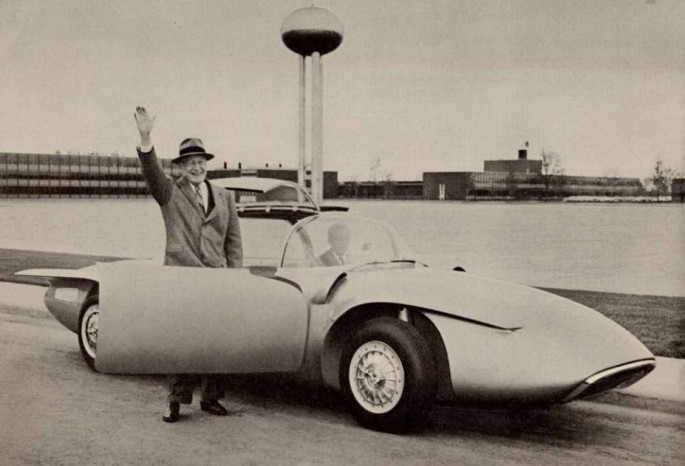 The Hyprex 4-cylinder unit was capable of 250 hp, could run on just about anything, and powered the XP 500 by spooling a turbine at the rear of the car. It never made its way into production cars, but GM did build a 6,000-hp version for use on a Liberty ship. 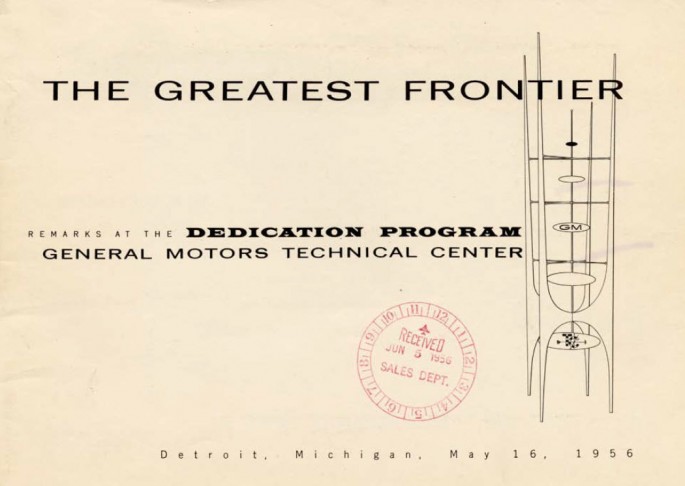 The General Motors Heritage Center website — which is nothing short of a national treasure — has an excellent scan of the Dedication Program, as well as a fascinating brochure on the Technical Center itself. Kill some time and learn something about one of the most exciting, adventurous and groundbreaking periods in American history.

Morning Symphony: The Chevrolet Cobalt We Want To Drive Too Fun, Must Be Outlawed: A Look Back At The Honda ATC200X Three-Wheeler