Too Fun, Must Be Outlawed: A Look Back At The Honda ATC200X Three-Wheeler 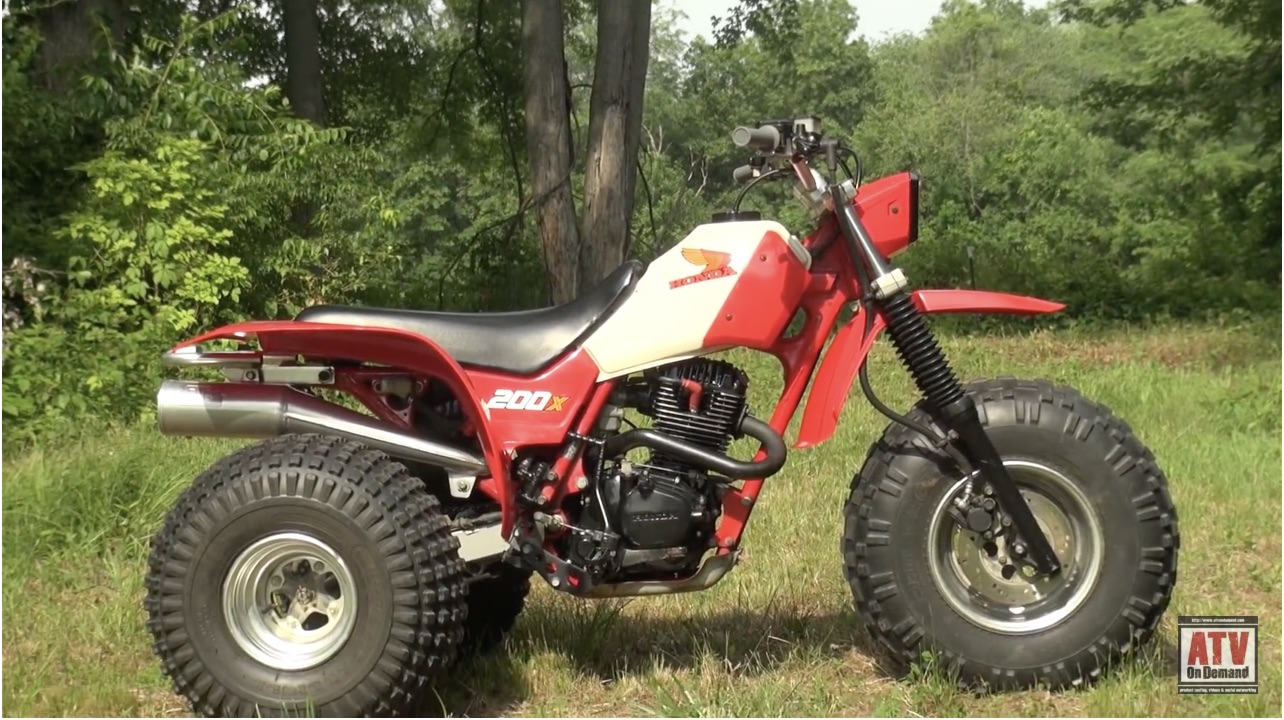 An automotive delinquent just doesn’t happen overnight. They are groomed and slowly brought into the world of loud engines, sideways antics and the fun that can be had. For many kids, an ATV or a dirt bike is the logical next step between a bicycle and their first set of wheels and I was no different. After starting out on a Honda 50 minibike and going through a few small-displacement, low power trail bikes, it was a Honda 200 “Big Red” that gave me my first real taste of power. An auto-clutched workhorse, it instead spent most of it’s time in the yard being used as drift trike practice. I churned up the open area enough that you could’ve planted just about anything you wanted after I had ran through a tank of gasoline. There were others…the fluffy-tired Honda ATC185 that my younger brother loved to roost around on, and the ATC200X that we both learned lessons about speed with…I found the upper limit of fifth gear, he found out that all the brakes in the world won’t stop you from hitting the neighbor’s Ford Courier head-on when the tires lock up.

It’s difficult to explain the fun a three-wheeler is compared to a quad to those who don’t know, but I’ll attempt it here. If you’ve seen those powered, specialty drift trikes you can buy now, you’ve got the idea…combine the best elements of a quad, but remove one wheel and learn to shift your weight to kick the ass end out and before you knew it you were a powersliding fool. I never had the Holy Grail, the Honda 250R two-stroker. I rode one, and it allowed me to see God before I was aware that I had only found part-throttle. Towards the end of the trike era, before the government stepped in, it was the master. But the 200X wasn’t far behind…a solid thumper of a four-stroke, it was just as capable and plenty of fun that would leave most anyone else digging for your life insurance policy. Take a look back on the trike here:

The dedication ceremony at the GM Technical Center in 1956 must've been amazing Rough Start: 1986 Ford LTD Crown Victoria Pre-Runner - Go Do Something Fun!

8 thoughts on “Too Fun, Must Be Outlawed: A Look Back At The Honda ATC200X Three-Wheeler”