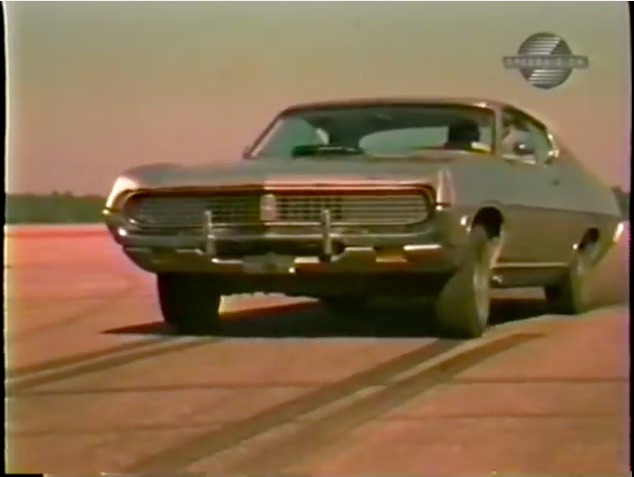 Ford didn’t win the Aero Wars that they fought with Chrysler. NASCAR shut them down before the Blue Oval Boys could fire off their next salvo in the form of the Torino King Cobra (picture: 1970 Torino with the nose of a Datsun 240Z and you’ll be close.) Instead, Ford had to settle for what worked: a solid big-block powered intermediate with styling that dropped jaws and opened wallets. And it worked. Magazines loved it and Ford, in full unrepentant mode, kept the high-compression fun bits under the hood. Damn the legislation, Clean Air Act, safety nazis and insurance agents, 1971 would still be a tire-smoldering party if they had anything to say about things!

From the files of the old “Car and Track” footage we find Bud Lindemann heaping praise after praise upon the 429-powered Torino being tested for Car and Track. You don’t suppose he was a gearhead at heart, do you? During the height of the supercar scene, Lindemann would talk up the hot performers, and if you find footage of stuff post-1972, generally he sounds disappointed in how things played out. It’s kind of our thoughts on the Torino…in this form, it’s badass. Then, in a few short years, Starsky and Hutch comes along.