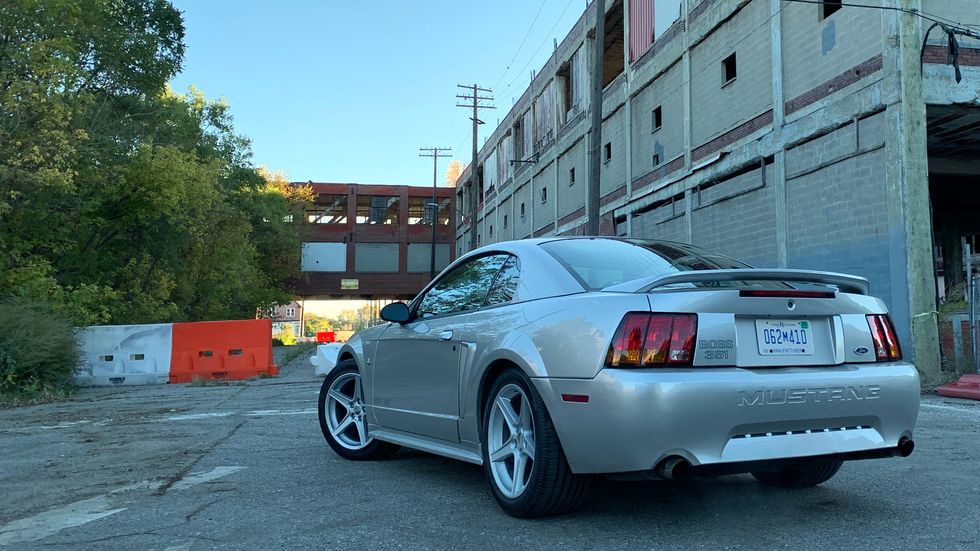 For years, the knowledge of this 1999 Ford Mustang Cobra has been around. We’ve seen the video…and of course, if you haven’t, hit play on the one further down. But what eluded me for all of this time was the true nature of the beast. All that I knew prior was that this was a V-10 powered development mule that Ford was testing out that really didn’t see the light of day. With it’s raised hood and absolutely beastly behavior, one would suspect that this was maybe some kind of incognito effort of one-upping..well, who exactly, the Dodge Viper? Possibly, because in 1999 that would’ve been the only real target.

The scope of the situation is even better than that. You see, the 6.8L V-10 program was truck-biased from the start, as a replacement for the fuel-pounding 7.5L that had been phased out in 1997 after nearly thirty years of dutiful service. It wasn’t going to fit. And in the 1999-2000 timeframe, the early stages of what was going to become the Ford GT was in effect as well, and the 6.8 wasn’t going to work there either. This is where the performance teams within Ford and SVT went maybe a bit nuts. Effectively, they built a V-10 by adding two more cylinders to the 4.6L V8, which bumped the displacement from 281 cubic inches to 351 cubic inches, or a healthy 5.8 liters. Now you know why the “Boss 351” badging was applied. The heads were styled based on the Cobra R setup. A 9-inch with 3.83 gears was thrown out back, a Tremec T-56 would translate engine to speed, and some suspension and brake improvements were added in. Saleen wheels and the Cobra hood wrapped up this otherwise nice and sleepy silver Fox-4. With 426 horsepower and 400 ft/lbs of torque, the Boss 351 mule could rip a sub-12 quarter while trapping close to 120 miles per hour.

Numbers are good, but if you need a refresher on what this car was all about, watch the video. Even while drowned out by the voice-over, the Boss 351 comes across like a right-handed haymaker straight to the temple. There isn’t an ounce of subtlety about the way this fairly sleepy New Edge runs. The noise sounds surprisingly V8-like, hairy and eager to rev, and whoever was driving it for the camera shots treated the mule Mustang as if it had been a nightmare project on the lift the day prior.

Autoweek got the chance to actually drive the Boss 351 mule a while back, and they got to experience what could have been. Their impression is that it shouldn’t have gone to market, because it would’ve been too expensive, easily cresting $60,000 or maybe more. The logic there is sound, but here’s my viewpoint: top-tier models will sell no matter what, and bringing a classic nameplate back right as the Second Horsepower War had just kicked off would’ve been excellent timing, beating the Pontiac GTO’s 400-horse output to market by a couple of years.

Be sure to read Autoweek’s review of the Boss 351 Mule HERE…they did get to drive it, after all!