Rough Start: This 1972 Ford Gran Torino Four-Door Is Cheap Fun Beater Material – Can You Rebuild A Carb For A $1,000 Car? 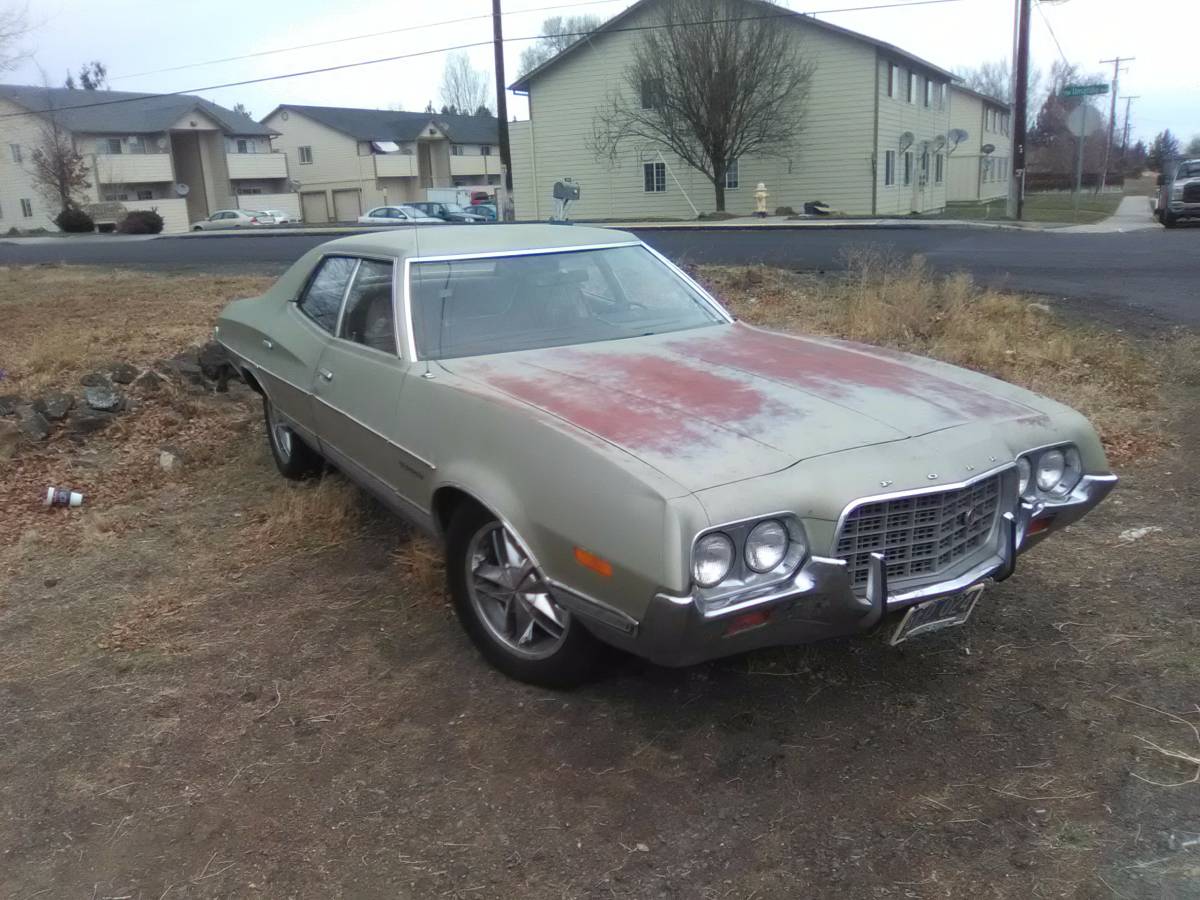 The cogs are turning on this one, readers. A 1972 Ford Gran Torino for $1,000. Yeah, it’s a crew cab…so what. It’s a one-year-only body that has the open grille, the thin bumpers, and is a set of mags and a barking exhaust note away from “Get off my lawn…” badass. Ok, there’s more work to be done than that, for sure, but look at it from where I’m at: it’s an honest beater, from the stock seats with tears in the vinyl to the 302 under hood. This is the kind of car you probably would’ve seen everywhere in the mid to late 1970s as a family car…the Taurus or Fusion of it’s day. It was simple transportation until it became a hand-me-down, and oddly enough this one managed to make it nearly half a decade without being modified half to death or killed off like many of it’s two door counterparts were. 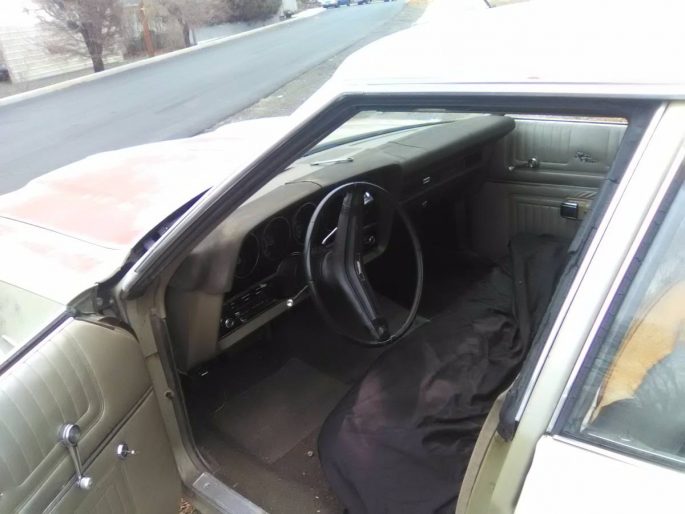 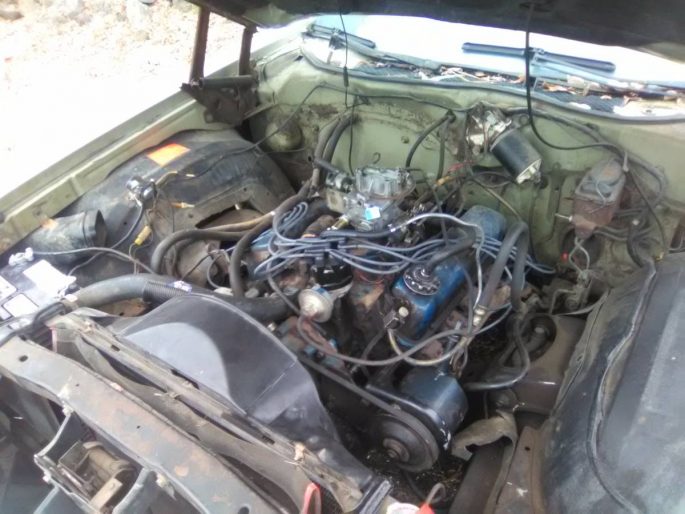 According to the seller, up until a couple of weeks ago the Torino ran well, and they suggest that with a carb rebuild, it’ll run great again. A carb rebuild isn’t a bad starting point and even if there is something more going on (timing chain, plugs, cap and rotor, etc.) that is keeping the crew-cab Ford from moving around, it’s a thousand-dollar car. You knew what you were getting into just from that ticket alone. 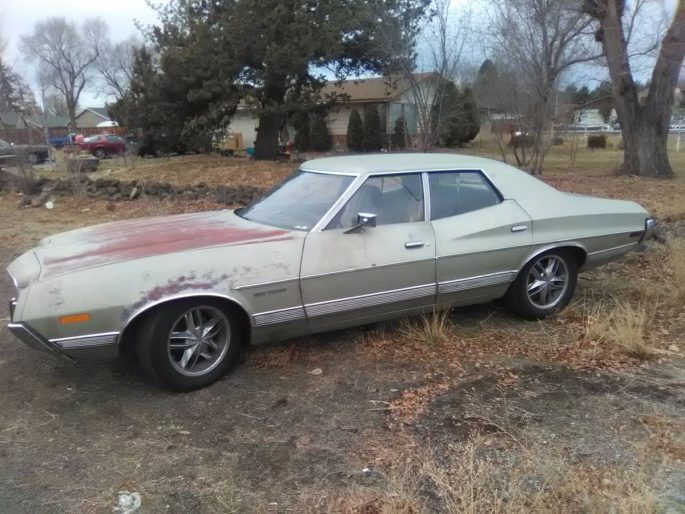 Our take: get it running and moving. Make sure the brakes and basic safety stuff work. Hawk the wheels on it as far away as possible and go digging for some slot mags in good sizes. Raise up the back end a touch…not full-on 1970s stinkbug, but just a touch. Give that 302 some lungs, and save up to get some of the factory color mixed up by a local paint shop. Clean it up and treat it to a Day Two build, and you’ll have a perfectly useable classic Ford that is worthy of being saved. 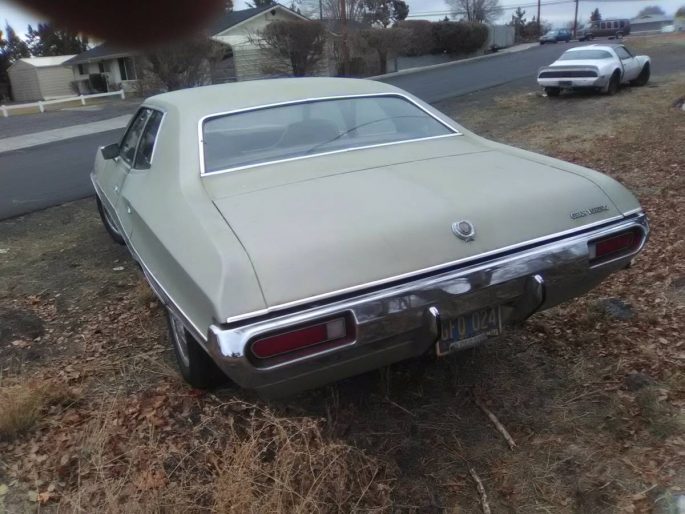 The Skid Factory: The Toyota-Swapped Ford Fairlane Is Up, Running, And Blowing The Tires Off (As Well As The Tailshaft...) NSRA Street Car Nationals Coverage: Muscle Cars and 1960s Iron Wall To Wall! Photos Galore Here!