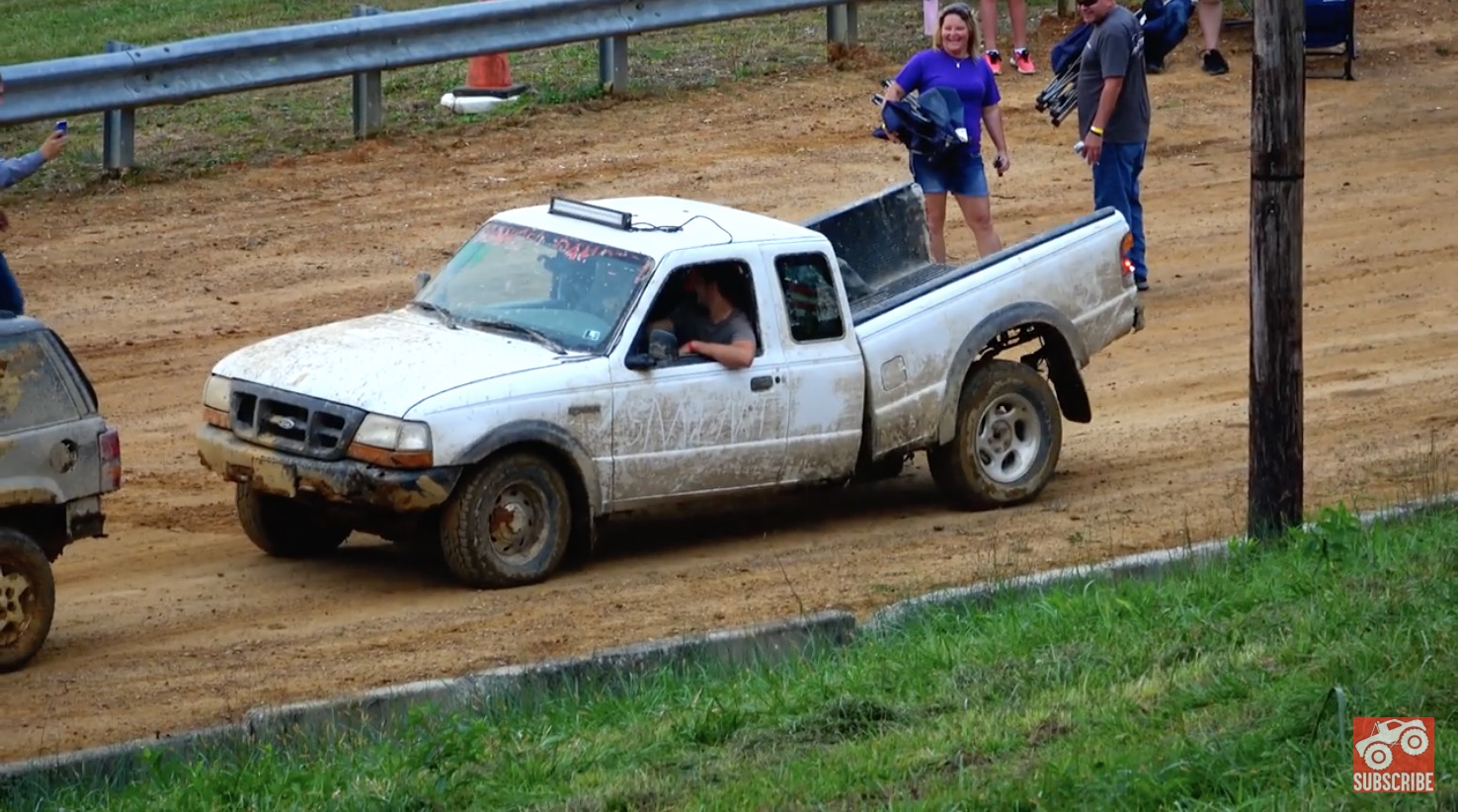 Nothing lasts forever. Nothing. It doesn’t matter how well you try to preserve something, eventually time and age will have their way with the materials and soon it will return to the Earth even under the best of circumstances. Twenty bucks says that this Ford Ranger never saw “the best of circumstances”. Instead we’re willing to bet that this poor Ford saw the better part of twenty years of salted roads and daily abuse all the way up until someone crawled underneath, saw that the frame resembled one of the davits on the Titanic in their current condition, realized that the little truck had the structural integrity of a lasagna noodle cooked al dente and made the fateful decision to just go ahead and put the poor beast out of it’s misery once and for all.

You want to see flex? You’ll see this thing bounce around hard enough that the poor driver got a face full of freshly-popped airbag, the back window made a break for it, and eventually, the whole show came to a final stop with the bed nearly escaping for freedom in the process. Hopefully the V6 can find it’s way into some kind of tube-frame off-road buggy of some kind, because it sounds decent enough, but as for the rest of the Ranger? “Built Ford Tough” doesn’t apply when the frame is flaking like a breakfast pastry!

In Memoriam: Irv Gordon, The Man Who Loved Only One Car Ever BangShift Question Of The Day: How Petty Have You Gotten When It Comes To Parking?

One thought on “Stop! It’s Already Dead: This Ford Ranger Takes A Brutal Beating At A Tough Truck Course!”