Knight Rider Semi Trailer FOUND After 36 Years! Can It Be Saved? This Is The Trailer That Hauled KITT! 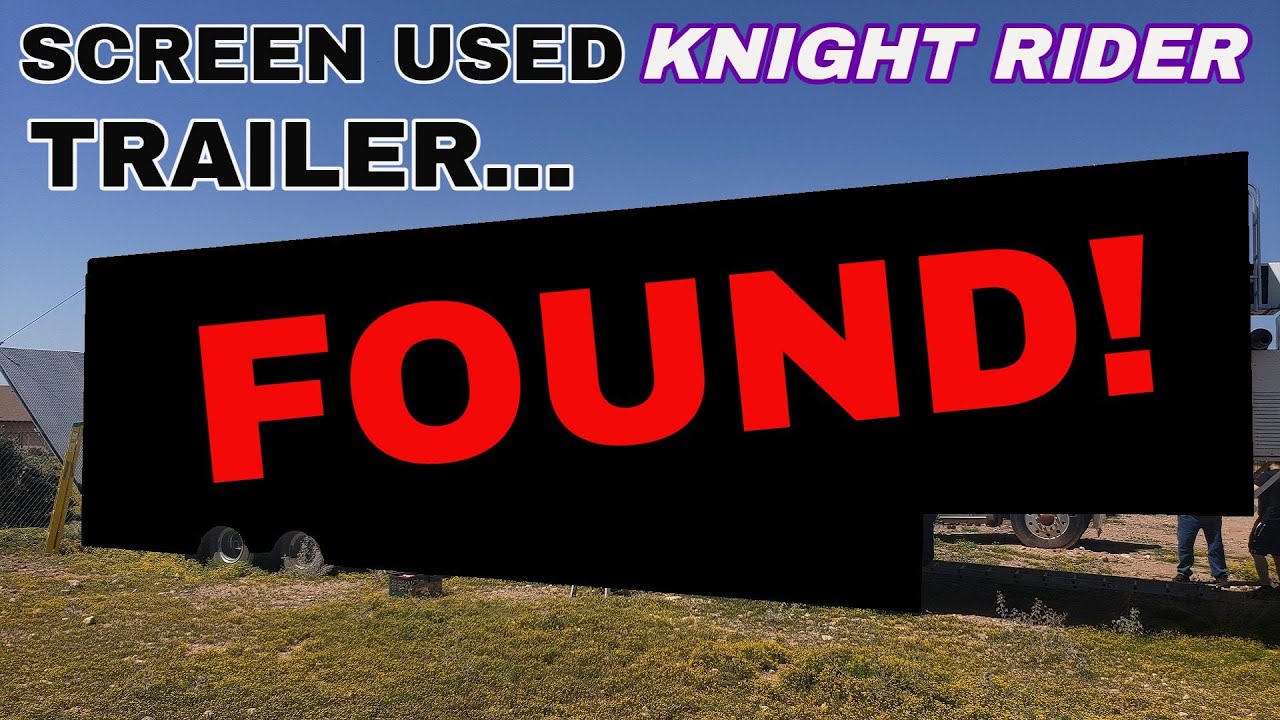 When you take two Knight Rider nerds, which I say with no negativity whatsoever, and give them the internet they are going to find all kinds of cool Knight Rider stuff. And they have done so by creating “The Knight Rider Historians” which is AJ and Joe, who have put together more history and on-show props and pieces than you can imagine. In this new video, they are going to show us the actual trailer that hauled KITT around in the show and was the mobile command center. It is also the trailer that KITT drove in and out of on the road which was ultra-cool and we love it. So where has it been all these years and is it just ho-hum or is it cool as hell?

More about the Knight Rider Historians from their own website. KnightRiderHistorians.com

“Welcome! For those of you who don’t know us, we are AJ and Joe, “The Knight Rider Historians”! Despite living 800 miles apart, we have been good friends for over 20 years and have had a passion for the original “Knight Rider” television series since we were both kids growing up in the 1980’s. We have spent the last two decades reaching out to the cast and crew involved in the show to hear their memories and collecting original props from the series. We have the largest “Knight Rider” screen used prop collection in the world! Please take a look around and enjoy!”

After searching for over 15 years, we have FOUND the original, one-of-one screen used Dorsey trailer used in “Knight Rider” as the Foundation’s mobile command center! Can we buy it and reunite it with the GMC General for the first time since 1986? Special thanks to Danny Nasiff for the transport!

HOW MUCH NITROUS IS TOO MUCH? HOW MUCH NITROUS CAN I RUN ON AN LS? 383 STROKER LS ZEX NITROUS TEST Flying Sparks Power Tour Prep Day 5 And 6: Final Steps To Be Ready For The Road!

2 thoughts on “Knight Rider Semi Trailer FOUND After 36 Years! Can It Be Saved? This Is The Trailer That Hauled KITT!”