Banker’s Retromod: This 1955 Chrysler New Yorker Is Putting A Truck V-10 To Good Use! 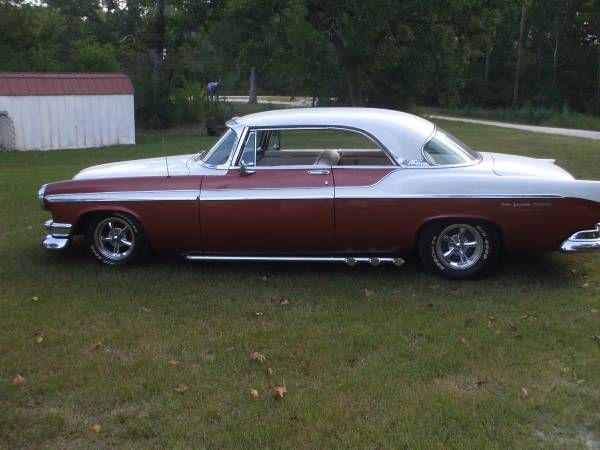 Most people can agree that the time period referred to as the “Musclecar Era” started in 1964 with the Pontiac GTO. Right? Well…kind-of. There were overbuilt, powerful machines made well prior. The Oldsmobile 88 with the Rocket engine comes to mind, or the fuel-injected Chevrolet Bel Air and Corvettes of 1957, or even the Rambler Rebel with it’s 327ci V8. The difference is that excepting the Corvette and Rebel, most power package cars of the pre-1964 era were full-sized units. That doesn’t mean that they couldn’t run. Chrysler, of all brands, had a knockout on their hands with the 1955 C-300, the first of the Letter Cars. With it’s 331 Hemi cranking out 300 horsepower (and growing to 335 horsepower in 1956) the big Chrysler had two things going for it: an exclusivity factor (1,725 made) and performance credit (127.58 in the Flying Mile and NASCAR victories).

A real-deal C-300 will cost you somewhere in the low six figure area. But a New Yorker won’t ding you anywhere near as hard. This particular 1955 New Yorker caught our eye not because of it’s price, or it’s mildly trick, happy street car kind of vibe, but because of what’s hiding underhood: 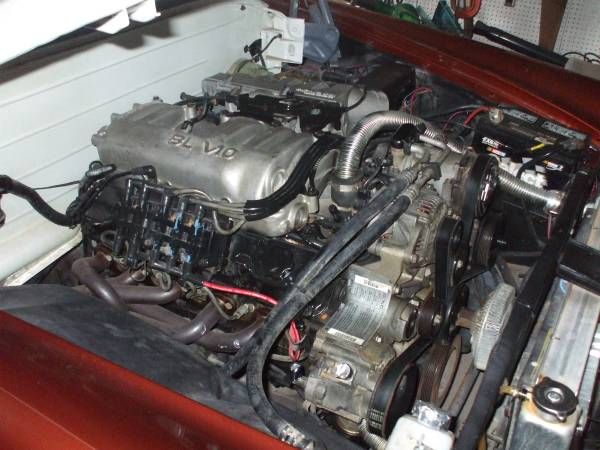 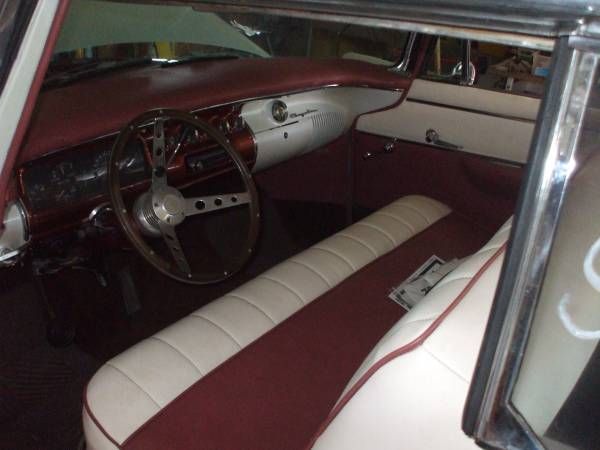 That would be the 8.0L truck-sourced V-10. No, it’s not the Viper mill. But it’s no pushover, either. Instead of lugging around the load of a heavy truck and whatever was loaded onto it, it’s lugging around the weight of a mid-1950s Chrysler and…well, that’s it. Mated up to an automatic transmission, this is a nice boulevard bruiser, complete with air conditioning, fuel injection, and charm that no thrashed 1997 Ram 2500 with a rusting rear bumper is going to provide. You’ll have to hunt for more body mods past the custom taillights and what look to be an Oldsmobile or Pontiac-sourced bumper out back (Help me out here, folks…) but it’s done. Just turn the key, enjoy the off-beat exhaust note, and go rolling down the road riding that wave of torque. 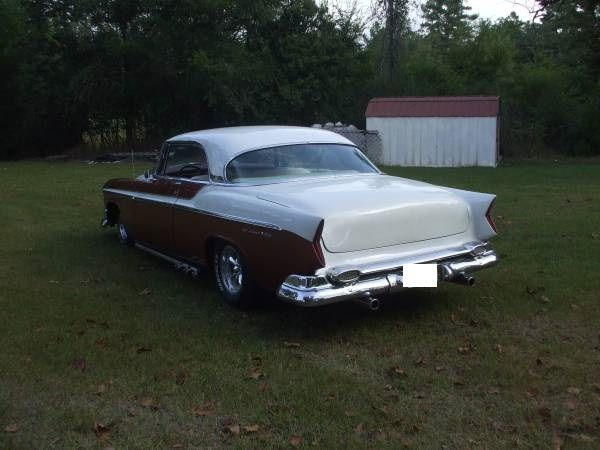 Indy History Video: The 1984 NHRA US Nationals Top Fuel Final - Garlits and Malone Beat Them All With A Car From The Museum In-House Fighting: The Hoonigans Settle Some Trash Talk Issues

One thought on “Banker’s Retromod: This 1955 Chrysler New Yorker Is Putting A Truck V-10 To Good Use!”