Rough Start: This Dodge A100 Can Be Enjoyed Without Stealing It! 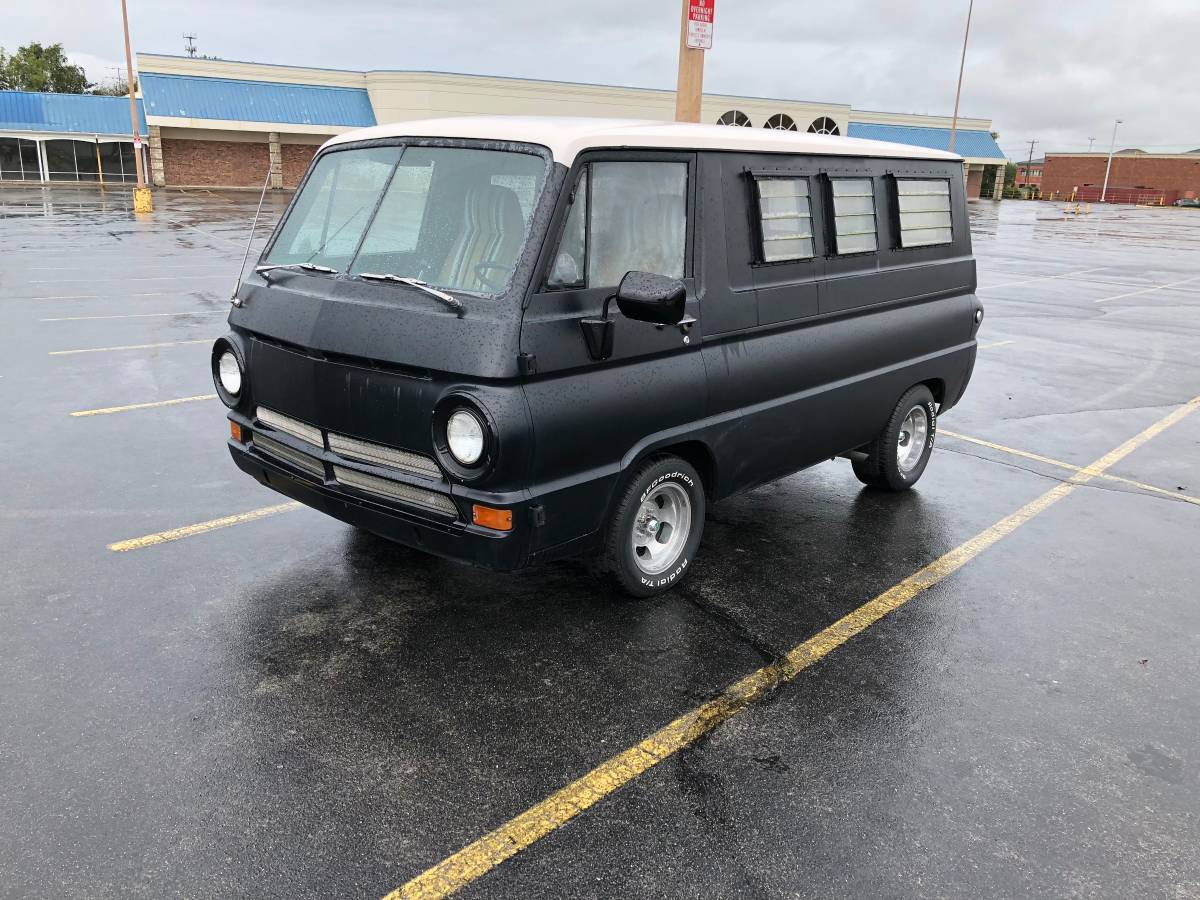 If everything old really becomes new again, then I have some bad news for you folk that aren’t too appreciative of vans and van culture: it’s coming back whether you like it or not. From folks who are outfitting four-wheel-drive Econolines, Savanas and Express vans as overlanding campers, to the dajiban racers who eat up the last few years of the Dodge B-series vans, to those interested in the van styles of old (including the sincerely wicked “naked lady riding a dragon” murals and other questionable modifications), there is a new wave of enthusiasts that are growing to love rolling breadboxes. If you needed any other proof that vans are getting bigger, just go do a Google search for the “Wild Cherry” Chevrolet van and everything that has surrounded one 1975 Chevrolet.

We can’t knock vans too hard. Just look at them as the most basic utility vehicle you can and it makes sense. Whether you put a bed in the back and now have a rolling hotel room you can park just about anywhere to leaving the back wide open for a ton of covered storage space, a van can do whatever you could ask of a truck or SUV, but will take up less space to do it in. There’s tons of old vans to choose from out there that can be cool, but the flat-faced first generation of vans that came out in the 1960s tend to sit high on many lists. We’d tell you the reasons, but other than nostalgia, we don’t know why.

So if you happen to be one of the many that want a classic van to start with, can we make a couple of recommendations? First, stay away from trendy or costly builds. Enjoy the van, use the van, but resist the urge to create a rolling Taj Mahal. Instead, look at this 1965 Dodge A100 and get some ideas. Two comfortable seats for driver and navigator. A Slant Six and automatic trans that might not be the fastest thing, but is plenty durable and easy to maintain. Slot mags on BFG T/A Radials that provide a classic 1970s look. You can enjoy the custom side windows or you can throw in some kind of shade system. Whatever you want to do or not do, it’s up to you. Just make sure the heater works and you’ll be set. At $4,900 there isn’t much left out of the Rough Start budget but that’ll get you some gas to move you along down the road!

One thought on “Rough Start: This Dodge A100 Can Be Enjoyed Without Stealing It!”