Random Car Review: The 1980 Ferrari Pinin, The Four-Door Performance Sedan That Never Had A Prayer 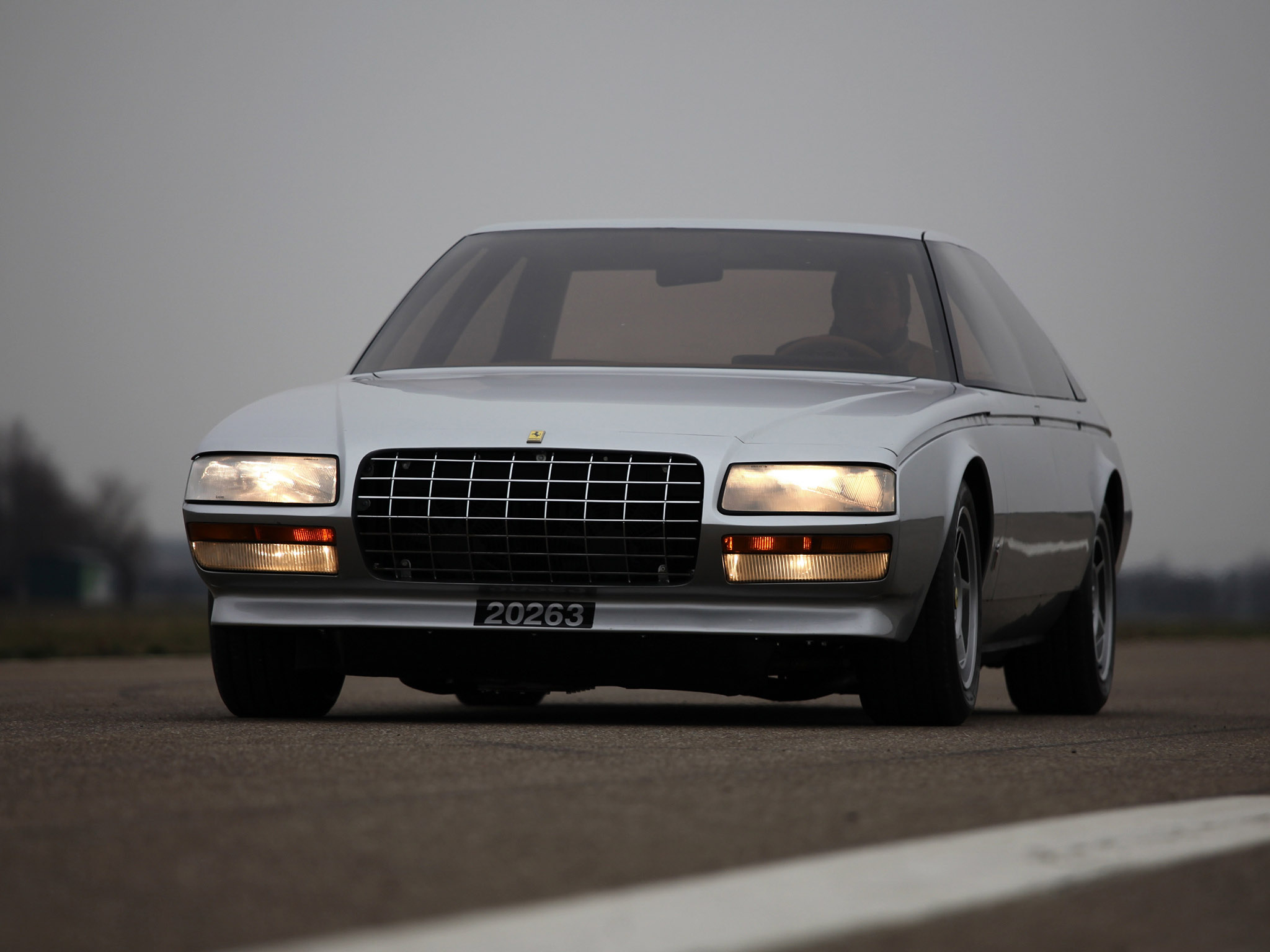 Looking around in today’s market, the two-door car is on the critically endangered list. Four-doors have finally made their way to the mainstream, and fast, potent versions of four-door sedans do well when marketed right. See also: “Dodge Charger Hellcat”, as well as Mercedes, BMW and Audi super-stompers of the last thirty years. Power and the ability to be useful is a very tantalizing combination, and it can be pulled off if done right. Ferrari kind-of, sort-of did this in the 1990s…three 456GTs were built by Pininfarina as sedans for a specialty customer, for example. But could Ferrari have pulled off a sedan in 1980, at the height of Magnum P.I. fame? Possibly, if the Ferrari Pinin had managed to be successful.

It wasn’t that had a bad design or had gotten bad reviews on the auto show circuit that sealed the fate of Ferrari’s first four-door sedan. No, instead the blame lies with the beancounters. The 1980 Ferrari Pinin wasn’t that much of a one-off attempt: the chassis was a 400GT donor, the engine a mockup of Ferrari’s flat-twelve hooked to the shell of a transmission, making up a front engine, rear-drive sedan. The styling may have been the ultimate in early 1980s, but compare it to such competition as the 1980 Jaguar XJ sedan and the 1980 Maserati Quattroporte, and it wouldn’t be too farfetched to say that it was by far a prettier car. It has a roofline shape similar to the Aston Martin Lagonda sedan, but without the weird cracker-thin mid-section. Inside, it’s mostly concept-car materials, but the gauge display screen, created by Veglia, is functional…so long as you have the key for the car. Enzo Ferrari actually loved the Pinin when he was shown the car, but his engineers and accountants did not: the factory was only suited for two-door sports vehicles, and at the time concerns about weatherstripping and production quality were enough to relegate the Pinin to a one-off status. In 2010, the Pinin was fitted with a real engine, transmission, and one-off wiring system to make it a functional driver, a rare fate for a prototype car, and now enjoys a home at the Ferrari Museum.

Be sure to turn on closed captioning for English translations!

The American Powertrain Parting Shift: Watch Bob Glidden Beat Warren Johnson Like He Owes Him Money At Maple Grove '88 Cruising In The Rain: The Vehicles Of The Chelsea Cruise In The UK

One thought on “Random Car Review: The 1980 Ferrari Pinin, The Four-Door Performance Sedan That Never Had A Prayer”