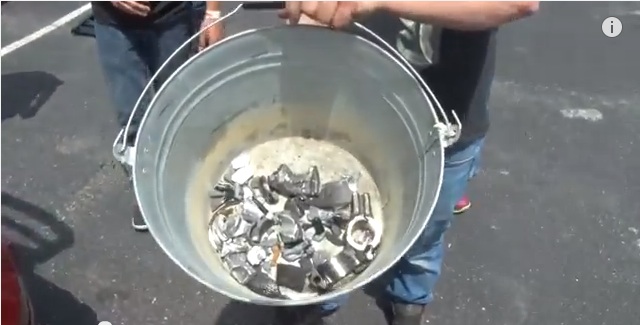 The one part of the whole diesel scene I can’t wrap my head around are the figures. Four digit horsepower and torque numbers made by trucks whose intentions were to work and die after so many years just isn’t digestible when you view it from a performance standpoint. As a work truck, it’s fine…hauling trailers around, toiling away with a ton of cargo in the back, that makes sense. That’s what these trucks are designed to do. I’ve seen what they can be with my own eyes…I know diesels can be fast, but I always keep thinking that every four-digit, high-horsepower and higher-PSI build I have ever seen is likely a six-digit build keeps creeping into my head, and it’s scenes like this that cement my train of thought. You’ve seen the failure videos before, dyno cell shots where the block and everything above it goes flying while the crank still spins, oblivious to the fresh air that’s sudden surrounding it. You’ve seen movies of big Billy Bad-Ass rigs that turn into rolling bombs with one more PSI enters the cylinders. This Ram is a beast, capable of low tens in the quarter…if the 5.9 inline six hadn’t succumbed to over 100 PSI of boost from it’s compound turbochargers and had two pistons call it a day in a pretty violent fashion. The bucket of parts speaks for itself. So does the wounded rig firing up on four cylinders and a lot of missing compression.

NHRA Insider Podcast: Taking One Last Chomp Out Of The Gators and Traveling To The Arch Appropriate Is Relative: Check Out Some Nurburgring Oddities!

One thought on “Classic YouTube: Six, Minus Two, Equals Four Months Of Repairs…”