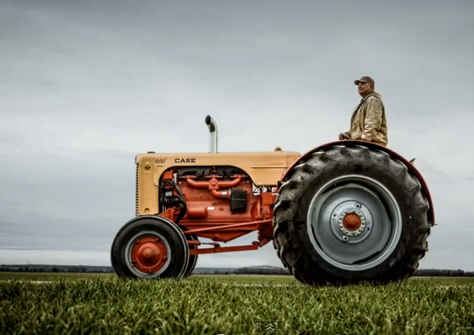 We thought that the Ram Truck Commercial that aired during the 2013 Super Bowl was the best one of the bunch. There were plenty of other good ones, including the Audi that the kid took to the prom, but for our money the Ram Truck commercial hit a home run. Here is what we wrote about it last year.

I actually started out writing this blog item as a rant, bitching and moaning about all the whining bastards who are writing negative things about the Ram Truck ad during the Super Bowl. And then I stopped. I decided that I’ll run that blog item, but it’s going to be separate. Because after watching the commercial, and listening to Paul Harvey’s voice, for what has to be at least the 10th time since Sunday, I realized just how special the words and images are. So this is going to be about them. Then you can read about all the idiots and my opinions on them in the next blog item. HERE IS THE LINK TO MY RANTING BLOG ITEM ABOUT THE WHINERS

Major kudos to the marketing crew at Ram Trucks. This was a genius marketing plan. Take one of Radio’s most iconic speakers and use his expertly written and spoken words to inspire people all while showing them images of the heartland of America. Images that were taken by some of the top photographers in the country. And sprinkle in some well placed images with trucks in them, and hope people recognize it. Even if they don’t, it’s okay, because we’ll remind them at the end who’s trucks they were seeing. Pure genius.

And let’s be honest, the commercial could just as easily been for Chevy, GMC, or Ford and we would all have loved it the same. But Chrysler’s Ram Trucks brand has done it again. You may remember their Made In Detroit commercials they’ve been running for the past year or so. And how about last year’s Super Bowl hit, Clint Eastwood’s “It’s Halftime in America”, which we’ve also included below. I have to give it to this ad team. They are not only creating a great message for their brand, and doing what they are ultimately responsible for by selling cars and trucks, but they are also building some pride in American brands.

I know it’s an easy thing to stand up and pound our chests and say “Buy American”, but it’s not easy to do it. It’s not easy because as a society we’ve become lazy and compliant, and for the most part less and less people born in this country during the past 40 years, are willing to actually do a hard days work. So we don’t value work, or the work that goes into making things. We just buy them. And want to keep up with the Jones’. You know what keeping up with the Jones’ means to a farmer? It means that Farmer Smith is trying to keep up or beat Farmer Jones at plowing his field. It means doing as much work in a day as his neighbor. It doesn’t mean getting a new Honda Accord for his daughter and watching her run out surprised saying how “cute” it is just because some other girl in school got one.

And whether you like it or not, I believe that every farm in this country should be tilled, plowed, cut, harvested, and tended, by trucks and tractors with brand names like Case IH, Ford, Massey Feguson,  Chevrolet, John Deer, and  Ram. I think you should need to know how to change a tire, dig a ditch, wield an axe, and poor piss out of a boot, in order to graduate high school. And I think you should have the decency, as a human, to be proud of your country and support it. Famers, as portrayed in this Ram commercial, are those dudes. They work hard. I HOPE the commercial makes people buy more American trucks, Ram or otherwise. I WISH the commercial could make some of our population less entitled, and more productive.

Below is the commercial for you to enjoy. It’s awesome. Watch for my rant on all the negative attention surround this ad in a separate blog item shortly.

Which One Of These Do You Think Is 2014's Best Super Bowl Commercial So Far? Insane Photo Sequence Re-Run: A Competiton Coupe Nearly Power Wheelies Over Backwards!