The Bad Brit: Check Out This Classic Jaguar Mk1 Roasting Tires And Sliding Sideways At Goodwood

Aug 03, 2018Brian LohnesBangShift NewsComments Off on The Bad Brit: Check Out This Classic Jaguar Mk1 Roasting Tires And Sliding Sideways At Goodwood 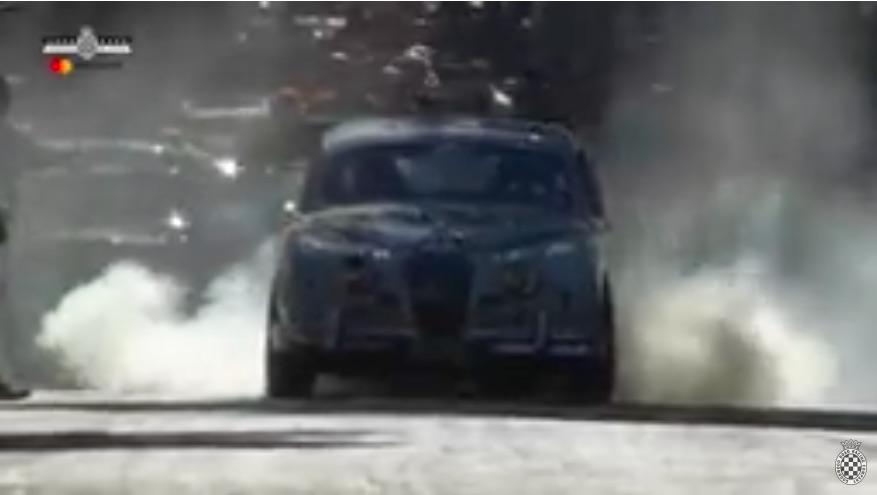 Now this is a properly American display from a British icon. The Jaguar Mk1 was produced from 1955-1959 and they were made in a couple of versions. First there was a 2.4L engine and later on there was a much hotter 3.4L mill powering the cars that we’d today call a sports sedan. These were popular models for Jag as they produced nearly 40,000 of them during their four year production run. While the were “saloon” cars, they were the favored transportation of guys like Stirling Moss, Mike Hawthorne, and others of their time.

This particular car is owned and driven by a guy named Grant Williams and we’re thinking that Grant is the kind of dude we’d love to hang out and have a beer with. Why? Anyone who owns a hot rodded Jag Mk1 that was raced by the awesome Roy Salvadore back in the day and treats it like this is totally our guy. The announcer is awesome when he talks about the car being treated with wanton disrespect. He’s not busting on our hero but merely reveling in the fact that this historic car is being used to 10/10ths at all times.

Some guys show up to Goodwood to reset the speed marks up the hill and others show up to put on the show of a lifetime. That’s Grant Williams’ mission and we’re glad that he did it because it sure is fun to watch that thing smoke and slide around!

Retro Gallery: Speedy Photos From Speed Week 2017 To Get You Pumped For Our 2018 Speed Week Coverage! Love Fire Trucks But Really Need A Hauler? This Fire Truck Based Hauler Is The Answer!