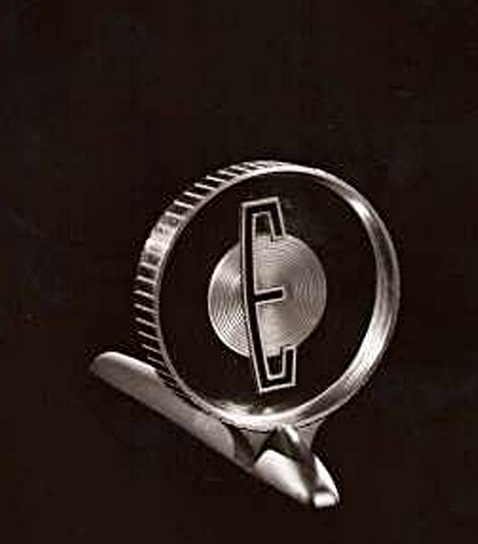 Of all the neat old press release and photos we have in our collection, we really think that this is the best piece. This photo is the first ever teaser shot of the Edsel. The wording in the release is bold and promises an automobile the likes of which had never before been seen on these shores. This came in 1957 before the cars were released for the 1958 model year.

They were right about the never before seen part, as every good gearhead knows that Edsel sales never materialized like they were supposed to and the project was killed by the brass at Ford. It goes down as one of the most major league flops in American automotive history and not because they were horrific cars, although the early models had the bizarro grill that many people thought resembled a certain part of the female anatomy.

This particular press photo really got the PR machine cranking, as it’s looks were kept a mystery until the last possible moment.

Many Edsel people blame Robert McNamara, then the leader of Ford, for killing the Edsel before it had a chance to get itself established. McNamara was a proponent of simple, plain cars, and the Edsel was the anthesis of that. McNamara never admitted to killing the Edsel, but there is a lot of evidence that the brand was actually starting to turn a corner when it was killed off.

This marked the beginning of the biggest hype machine the domestic auto industry had ever seen and like most hype machines, it promised something that it never actually delivered.

Due to a scanning issue, we’re going to give you the text from the release that should be scanned in:

The new Edsel line of cars will embody bold, new styling themes never before seen on the streets and highways when it is introduced next year. This photo of the hood ornament to be used is the only styling element the new Edsel division could release at this time. Mounted in clear plastic the “E” shows properly whether viewed from the front of through the windshield. Video: The Chainlink 4x4 - Perhaps The Most Extreme 4x4 Ever? Houston Autorama 2014 - Our First Photos From The Massive Yearly Texas Show