Rough Start: Save this Monte Carlo from Mediocrity 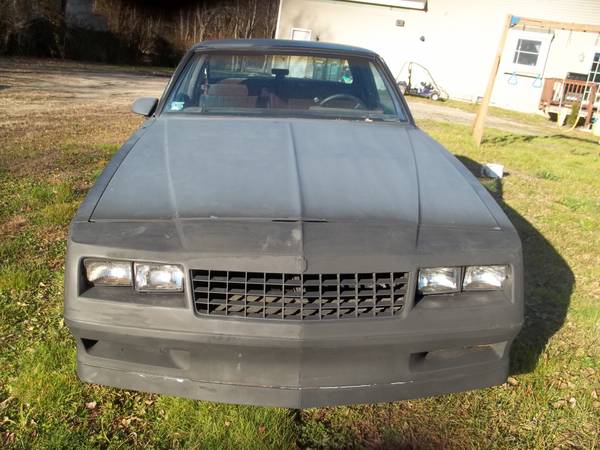 For today’s Rough Start, I decided to venture out of known comfort zones and went to the automotive black hole that is Lohnes’ backyard, Boston. I don’t know jack squat about Boston except they have beans and at one point in time a group of guys turned the harbor into the world’s biggest cup of Earl Gray. I’ve tended to keep out of the Northeast. But I said I’d find a car anywhere, so I swallowed my pride and waded in.

It took digging. The Boston Craigslist is a black hole for cars, I swear it. Either it’s “parts only”, rustbuckets, or things I wouldn’t even admit to renting. It took about ten minutes, and I was getting close to trying to sell you all on the virtues of an AWD Caravan when this 1986 Chevrolet Monte Carlo SS appeared and saved my ass from a lynching. I share Nutting’s appreciation for G-bodies. I had a ’87 SS in high school, a couple of early-G Cutlasses, and I’d love to put together a street stomper ’78-’82 A-body Malibu together for my next GM. All of the G-cars are popular because they are true to the basic layout of a muscle car: full frame, V8, RWD, room for at least four adults. They look decent, too, stop well, have overdrive transmissions, air conditioning, and are still cheap enough to get into one. 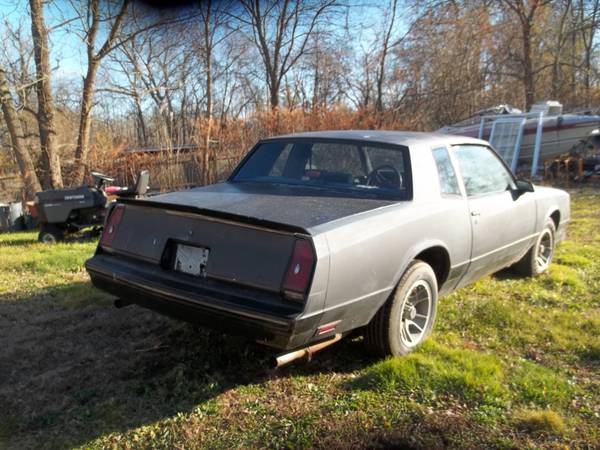 That being said, this Monte really strains the “worth the money” quotient for me. It’s slathered in black primer, though the bumper and spoiler make me think it’s originally black. It’s a solid roof car, so I’d expect the interior to be at least passable. I’m not seeing rust, but I am seeing a hell of a lot of dirt. A good bath will do this thing wonders. I’m banking it’s still sporting the very mislabeled 305 H.O. and 200R4, but that’s easy to remedy. The nosecone looks alright, and it has the N90 wheels, which look great on these cars.

You’re out $2500 to get into this thing, but you’ve got $2500 left. What to do? Provided this one passes all inspections and I would purchase, with the budget I’ve got, the trans would get refreshed, the suspension would get new rubber or polyurethane pieces, and I’d leave it as a street beater until I had the money to paint it properly.

You can see the Monte Carlo’s Craigslist ad here.

It’s a risk, but it could be a great reward. Would you take a chance on this Monte? And where do you want me to go mining for automotive gold next? 8 thoughts on “Rough Start: Save this Monte Carlo from Mediocrity”