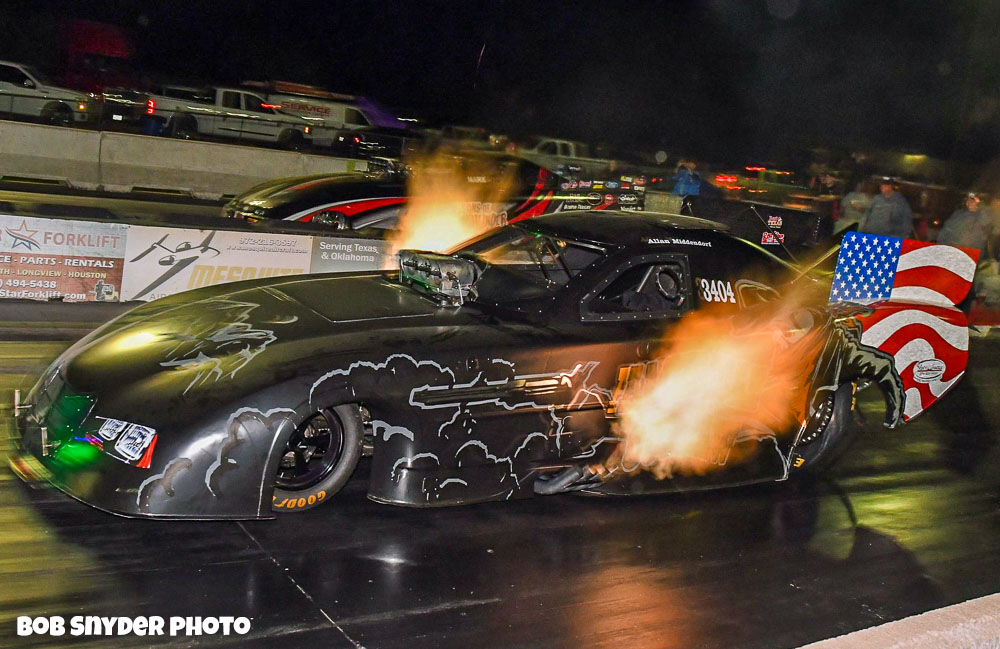 (Photos by Bob Snyder) – Funny Car Chaos started off the 2019 season over the weekend in Denton, Texas with a couple dozen funny cars with vintage bodies, late model bodies and some who occasionally race the NHRA Mello Mello series. Chaos also attracts some alcohol funny cars, but the point is to bring a diverse group of funny car owners and drivers, to put on a show in different parts of the country.

Allan Middendorf drove his American Outlaw Nitro Funny Car to his first win at Funny Car Chaos at North Star Dragway 1/8 mile drags. This was only the second race Middendorf competed in since he started racing the car last summer.

“It’s a blast being a team owner/driver and getting my first win. It’s unbelievable. This has been a three year process building this Funny Car and my Fuel Altered and a win is so rewarding,” Middendorf said. “It’s been a Cinderella weekend. The guys and girls on this team pitched in and busted their butts. You know this is for them, just as much for me. Had a hell of a track here this weekend at North Star Dragway.”

Middendorf led the way, gaining the No. 1 qualifier position with a 3.594 elapsed time at 195.65 mph, setting a new Funny Car Chaos record E.T. 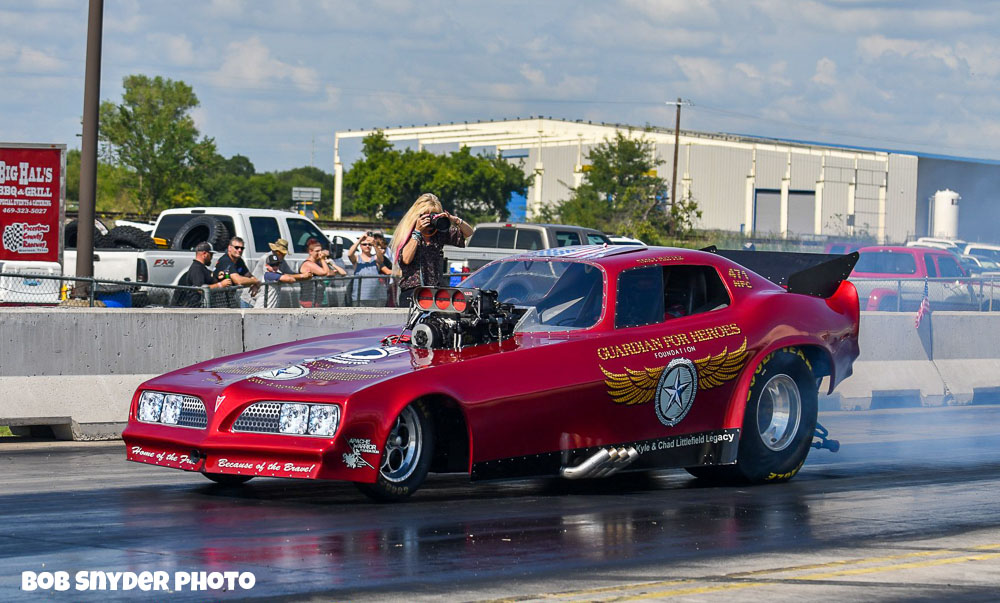 With temperatures in the upper 40’s on race day, drivers struggled with track conditions. In Round one, event winner Middendorf raced Nancy Matter (above) in a pedalfest, with Middendorf on top turning on the win light with a 5.1743 elapsed time to Matter’s 6.5870.

Conditions were similar in Round two as Middendorf faced Nick Poloson, Middendorf who made it to the finish line with a 5.470 to Poloson’s 5.959.

“I pedaled a couple times and I knew I was drifting towards the center line and I didn’t hear anybody. The burst panel actually came up and was in front of the bird catcher and I couldn’t see a thing. I hit it again and I was trying to fight it over and I didn’t want to cross the center lane and get a DNQ. It’s different to look up and not see where you are going,” said Middendorf. 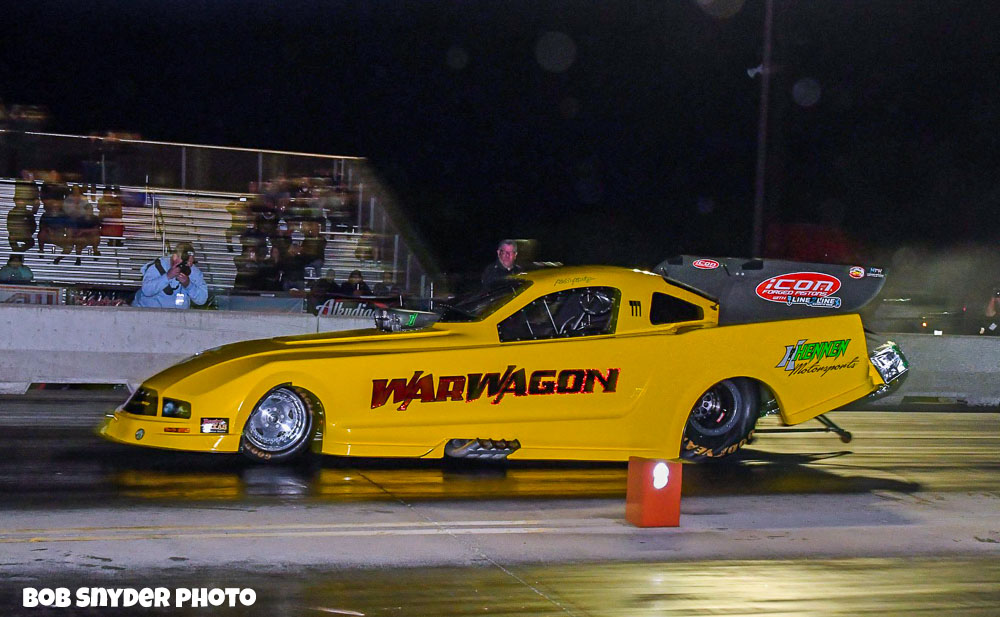 In the Final round it was Middendorf against Kebin Kinsley (above). Middendorf won the race before he even left the starting line after Kinsely fouled out with a red light.
“Every round today we’ve had to pedal it. Going to the final it was moving along pretty good. I got in and out of it three times. I looked up and saw Kebin Kinsley red lit.

“We’ve got big plans for the future, but right now we’re going to stay grounded, run some Chaos races in the Funny Car and match races with the Altered and kinda see where we end up. It’s been a hell of a weekend, Middendorf concluded” 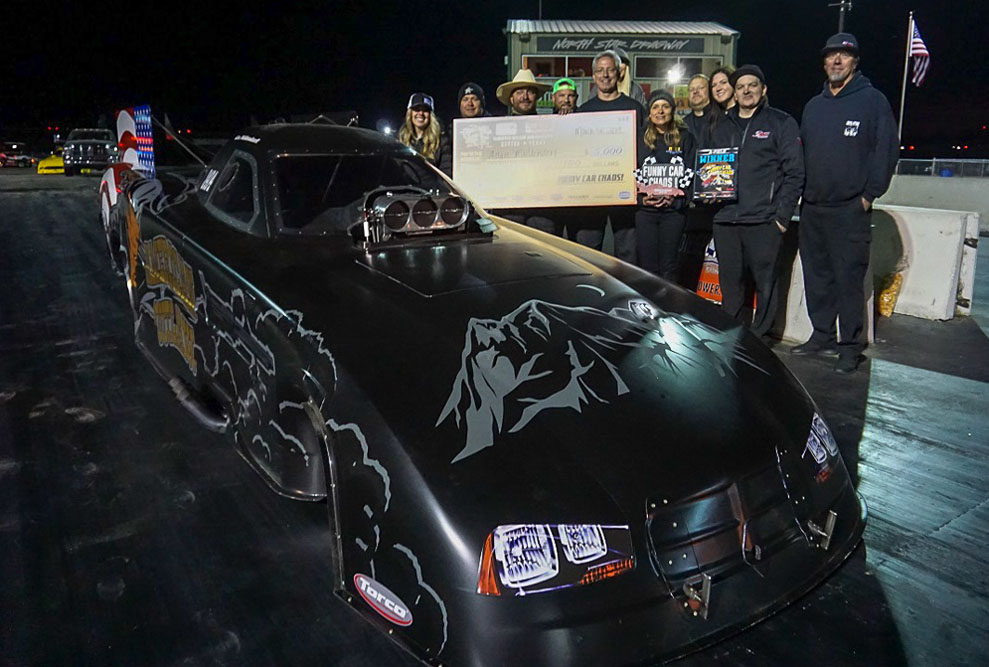 Some cool Gassers lined up during Funny Car Chaos. 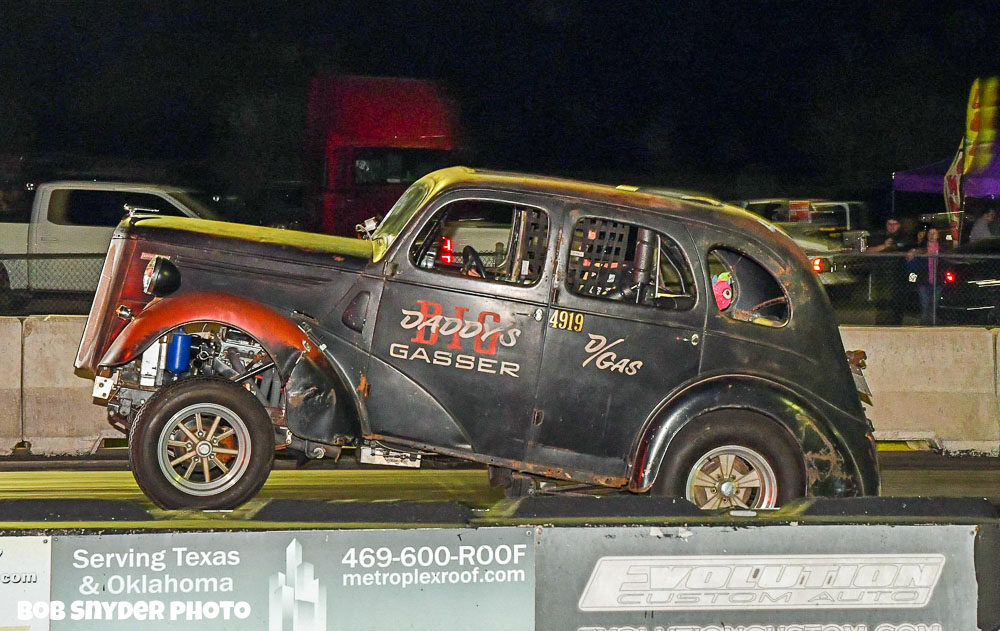 Be sure to click on photos below to see more of the cars from Funny Car Chaos!

Another Shop Walk-Around With Leno: What's The Latest In The Project Department? Horsepower, Flight And Mud: Mega Truck Mud Racing From Florida!