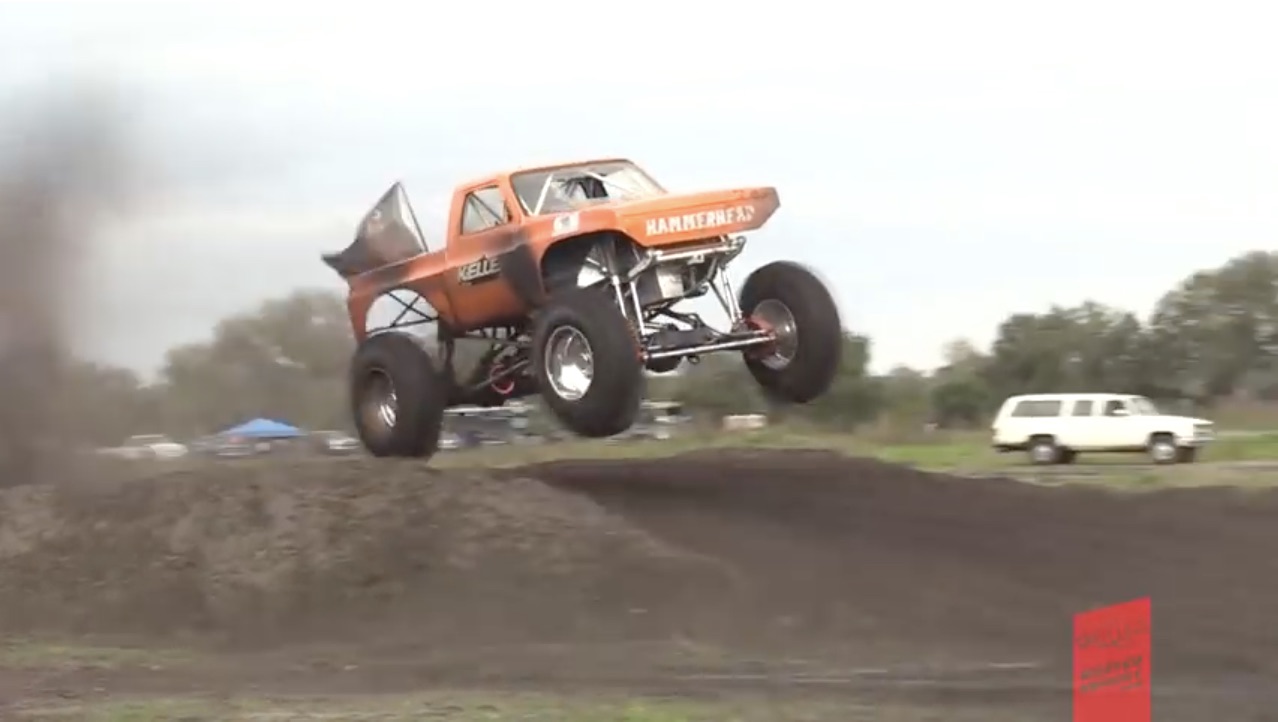 Ever since I learned what a “mega truck” was, I’ve seen them in two versions: the super-tall creations that seem happy to just kind of romp in the swampy mud water and look impressive and the nearly Formula Offroad-like types that stand tall on the narrow-ish tires but raise seven shades of holy hell while suspending gravity and belief in motion. Care to guess which version I like better? Be it bodied or little more than a buggy, I am all about four wheels digging into a racetrack like a startled mountain lion watching a ton of off-roading rig taking to the sky over and over again while a V8 soundtrack booms off of the nearby hills. It’s pretty much how any kid who ever played with Stompers in the muddy section of the yard imagined the scene…chunks of soil being flung yards away while a big-tired creation jumped with the grace of the Duke Boys…or maybe had a mild accident and wound up on it’s roof. Whatever works.

This footage, coming to us from BustedKnuckleVideo, comes from the Southern Mud Outlaws’ first race of the 2019 season at Boggin Bunnell off-road park in Bunnell, Florida. It’s not that Florida has a long winter or anything, but the first race of the season is always a good time to put your best foot forward and to set the tone for the rest of the year…and there is a whole fleet of drivers and rigs that want to kick the season off right!