Another Shop Walk-Around With Leno: What’s The Latest In The Project Department? 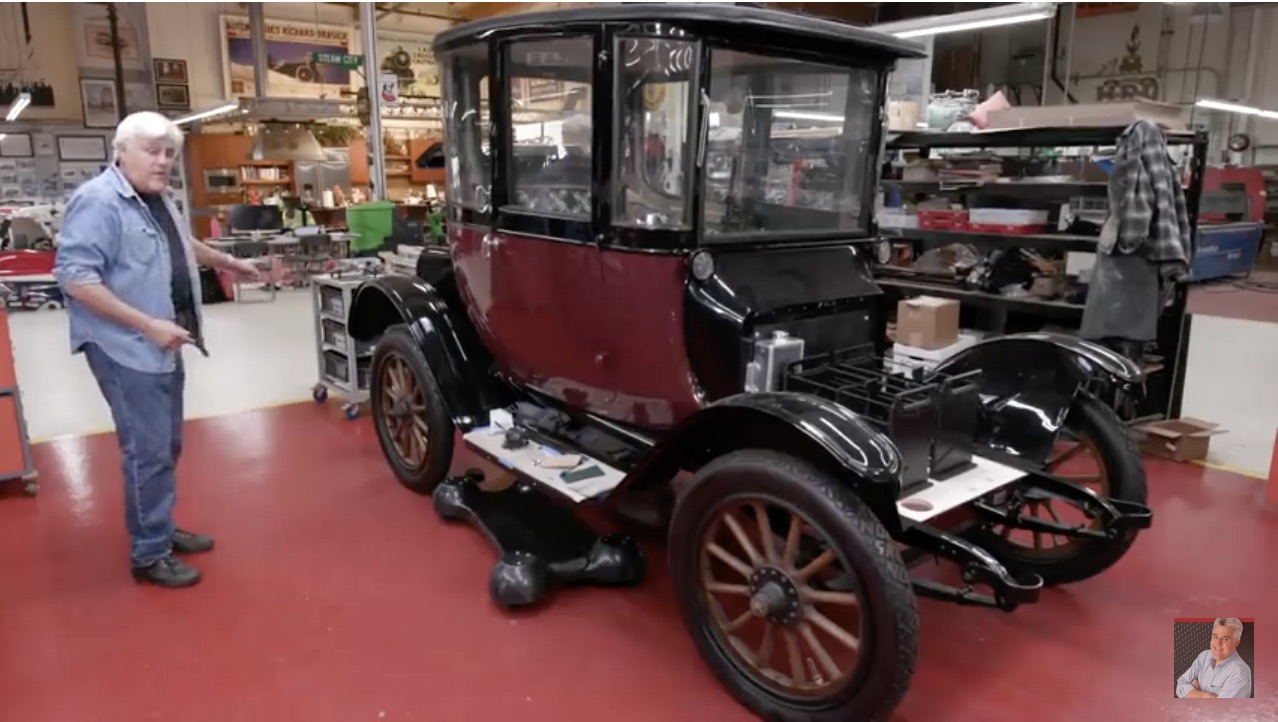 What I dig about the shop updates that Jay Leno puts out is that they are a great way to reaffirm that Leno is a car guy first and foremost and that the videos are simply his way of sharing his love of the automobile with everyone easily. Usually you wait until the vehicle is finished, put on public display, and the fuss has died down before you get a full-blown run-through on the subject matter. With Jay, every now and again he puts out his Restoration Blogs and will show you cars in-progress, cars almost done, cars recently acquired, and whatever is in the shop that is currently either in-progress or, in some shape or another interesting. This time around, there is a beauty of a mix…from a legitimately, no-joke rare 1958 Chrysler 300D with it’s fuel injection system still intact and on the car, to a Jensen CV8 with it’s Chrysler 383 tucked away under it’s factory fiberglass hood (and three stage hood release setup), to a Brough Superior 1150 ex-police bike with a sidecar that has a “petrol tube” on it, and interestingly enough, a first-generation Pontiac Firebird droptop with an overhead-cam Sprint six-cylinder engine in the bay, which will make at least one of our readers happy!

All this and more with a click of the mouse, so check out the video below:

3 thoughts on “Another Shop Walk-Around With Leno: What’s The Latest In The Project Department?”