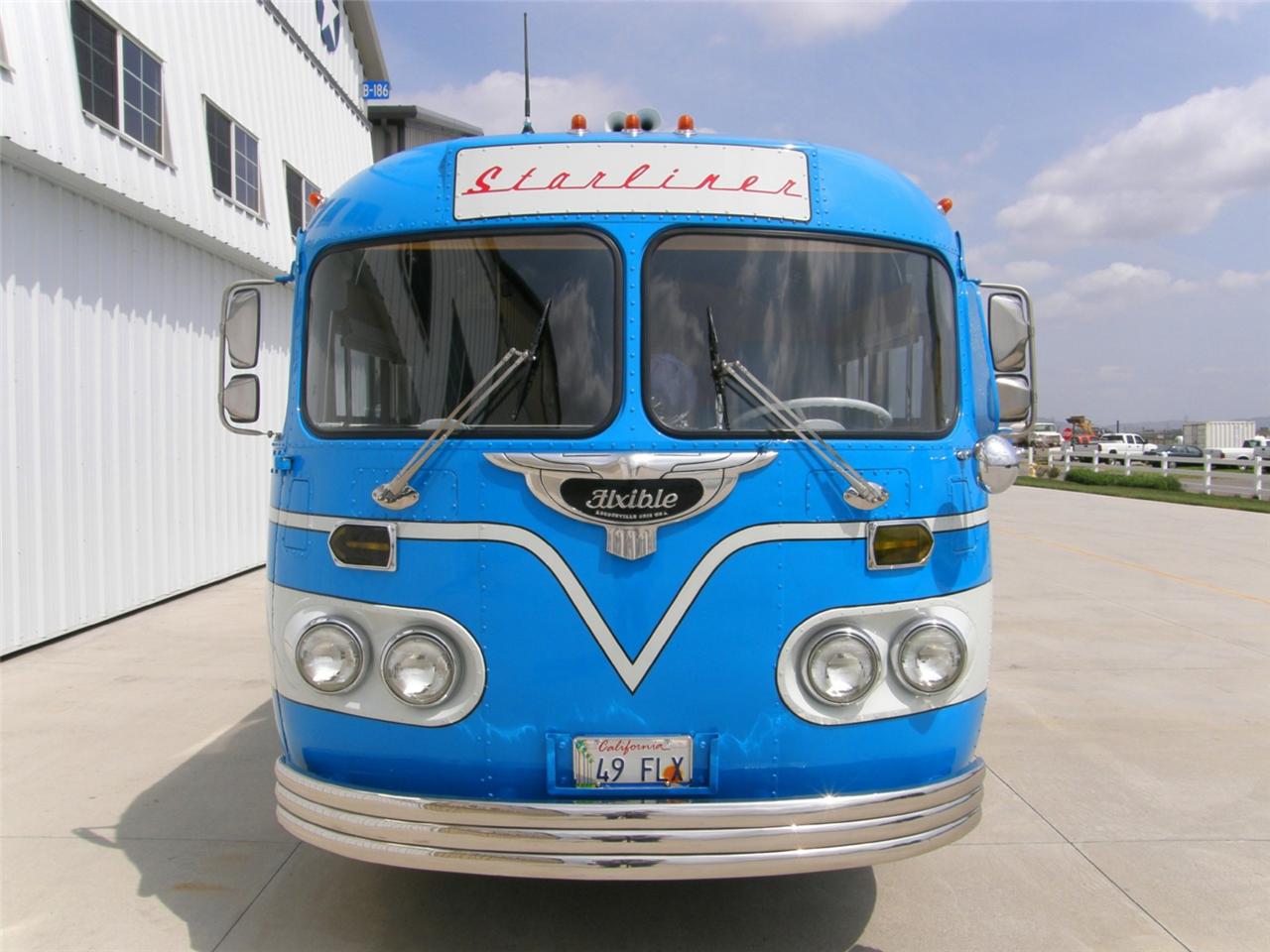 While Brian is head over heals with big rigs and tow trucks, which I think are super cool, the thing that gets me almost as hot as muscle and race cars is vintage motorhomes, rvs, campers, trailers, and whatever. And apparently I’m not alone as we have a pretty devout group of BangShifters who are also into all the cool old RV stuff. This particular 1949 Flxible Clipper Starliner has been restored and hot rodded to perfection. How about a RamJet 502, Allison, headers, cutouts, and more!

This Ebay listing has been singing to me for a while now, and if I won the lottery I would own this bastard like right now. It’s only a couple hours from BangShift West Coast headquarters, so we could grab that sucker before beer drinking time!

The entire motorhome has been meticulously restored and the exterior and interior both feature their original paint schemes and finishes. Underneath this bad boy has been giving a new lease on life with all new suspension components, a new Chevy Performance RamJet 502, Allison Automatic, electric exhaust cutouts, and much much more. While all the other rich old dudes are cruising through the campground in their new slab sided fiberglass wonders, nothing would be cooler than doing the slow cruise through in this Starliner. And we would build a super cool vintage style trailer to haul a hot rod behind it for sure!

For those of you wanting the quick lesson on Flexible, here is the history. In 1913 they started out as a motorcycle side car company that had a flexible mounting system. They changed their name to Flxible in 1919 so that they could Trademark their name. In 1924 they started building ambulances and hearses and then buses with GM Chassis as well. In 1953 they bought out another bus company and started building buses for the city of Chicago, and continued building buses all over the world through 2001. From 1914 until the late 1950s Flxible had a very interesting, if not somewhat incestuous, relationship with GM as Charles Kettering, GM Vice President and Founder of DELCO, served as Flxible President and Chairman. Weird, but old news so we don’t care. They built bitchin buses that make unbelievable motorhomes, so we’re cool with it.

Take a look at all the photos and click the link at the bottom of the page to visit the Ebay Ad. 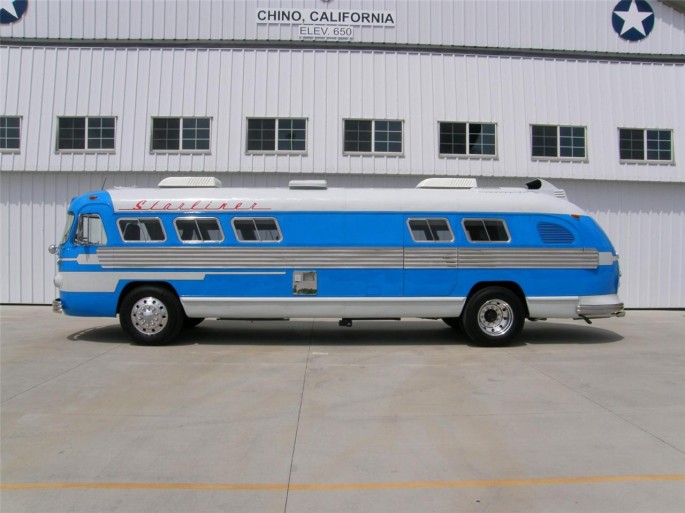 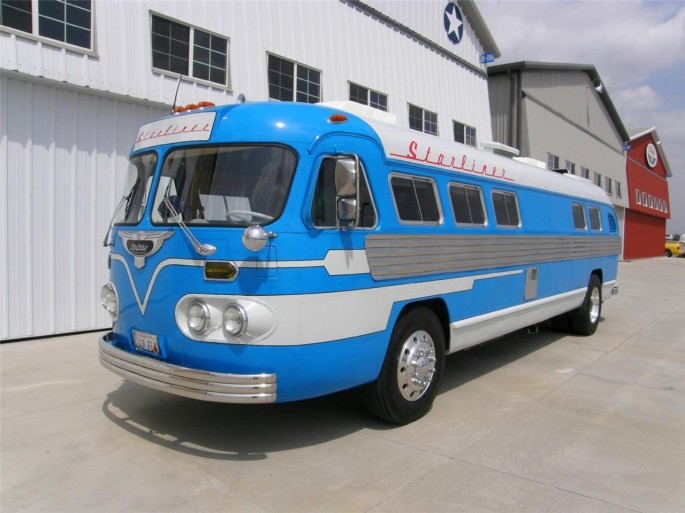 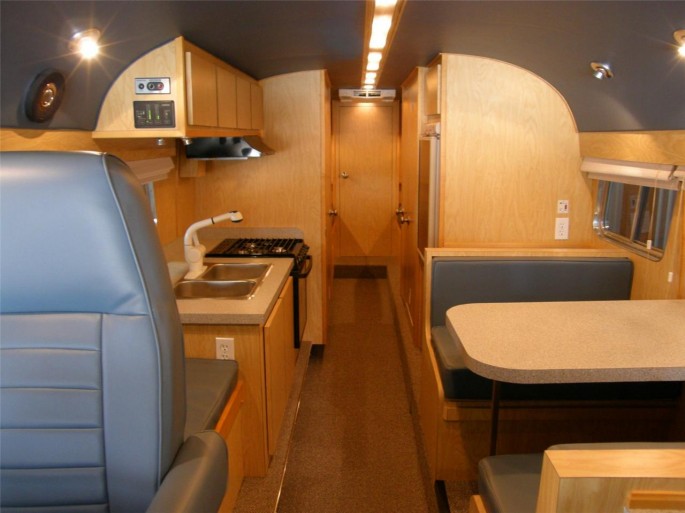 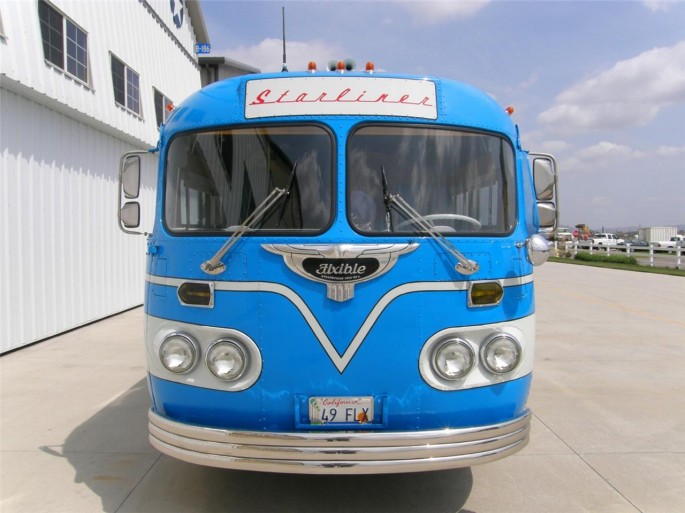