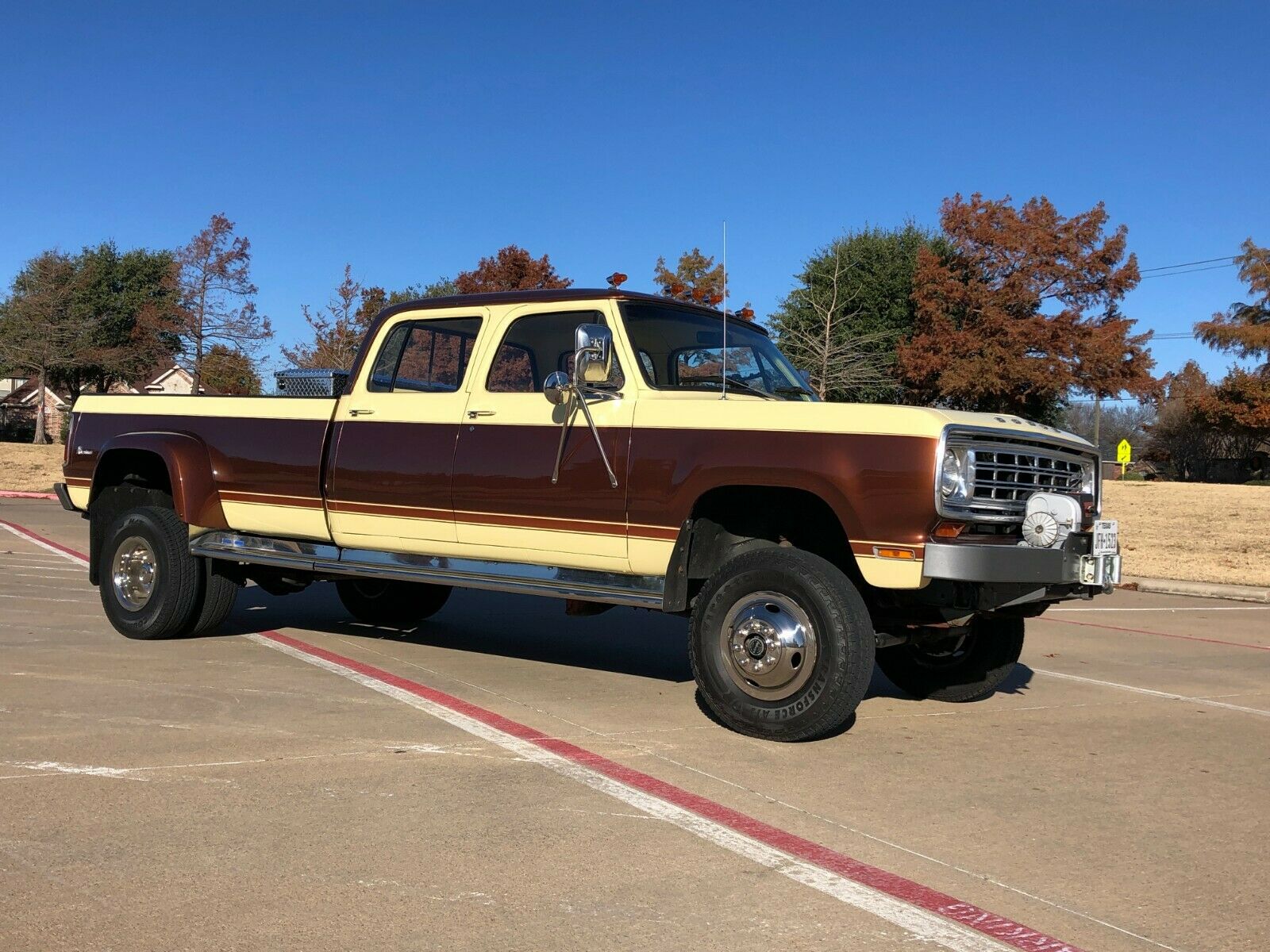 There is a long-standing argument within BangShift Mid-West about the usefulness of a truck. I’m of the mindset that unless it is a purpose-built machine that is ready to do sincere, serious work at a drop of the hat, that it’s little better than a Dodge Rampage. I’m also of the mindset that four-wheel-drive is optional, that the best truck layout is a single cab with a single bench, and that for anywhere but the most congested cities, a dual rear wheel setup is the way to go. Keep in mind: the last pickup truck I owned was a 2001 Dodge Ram 1500 extended cab, and the last truck-like vehicle in my fleet was a 1984 Dodge Ramcharger, both of which have been gone for nearly ten years now. Then there’s my wife. She owns the truck in the fleet, insists that four or all-wheel-drive is a necessity, has a “bigger is better” mentality, and generally wants the closest thing to a semi-tractor she can operate without upgrading her license. And she’s got family influences, too, including a cousin who has a deadly serious jones for any Dodge truck with a Cummins and a manual transmission. She loves to point out that Angry Grandpa can’t make it up the final hill towards our house when it snows in winter…and dammit, she isn’t wrong there…but her sporty Silverado SS does just fine. 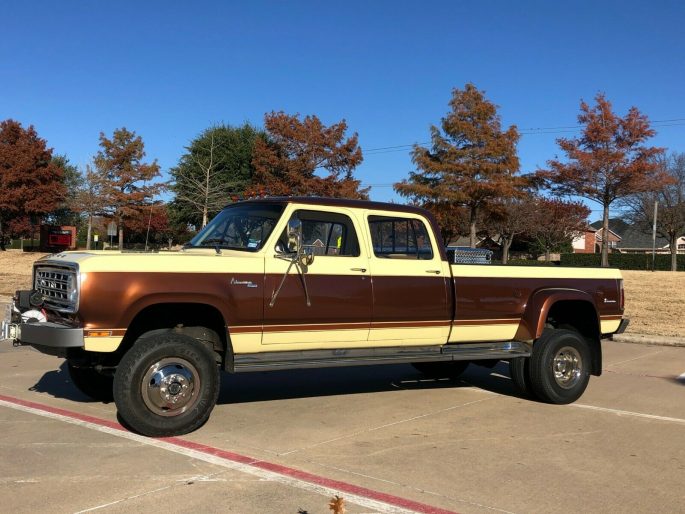 It’s no secret that I love “grandpa trucks”. You know the type, the truck that was obviously cared for by an older gentleman who needed a work truck but wanted life to be comfortable…when he bought it sometime before the late 1990s. In the case of this 1973 Dodge, this started life as a D200 (3/4 ton, two-wheel-drive) unit, but is now built up as a W300 (one-ton, four-wheel-drive) spec. So it’s big and four-wheel-drive…points to my wife. It’s a Dodge, point to me. Keep track, we’ll see how this goes. Has winches front and rear and fresh tires, so it’ll work, another point to me. Has an updated interior that features new gauges (a safety move, since Dodge clusters from this generation like to self-immolate, so that’s a point each), has an A/C kit in the box (another for both) and looks gorgeous. The powertrain is still a 360ci small-block hooked to a granny-low four-gear…not ideal, but the original plan was either a late-model Hemi or a Cummins swap. At least it runs. Power goes through a divorced NP205 transfer to a Dana 70 out back and an unknown front axle, possibly a Dana 60. The fuel tank holds 35 gallons, and you’ll need every drop, and the truck is set up for dual battery operation. 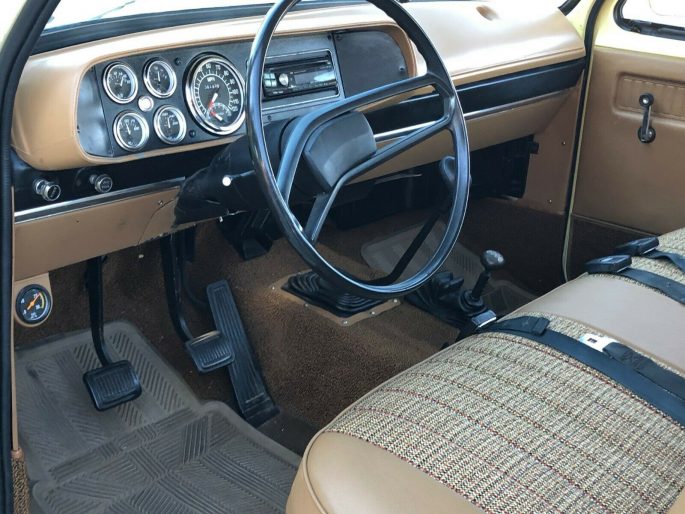 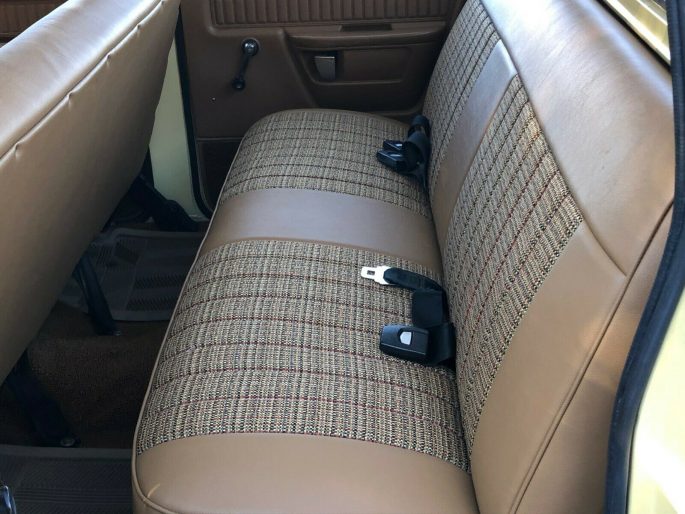 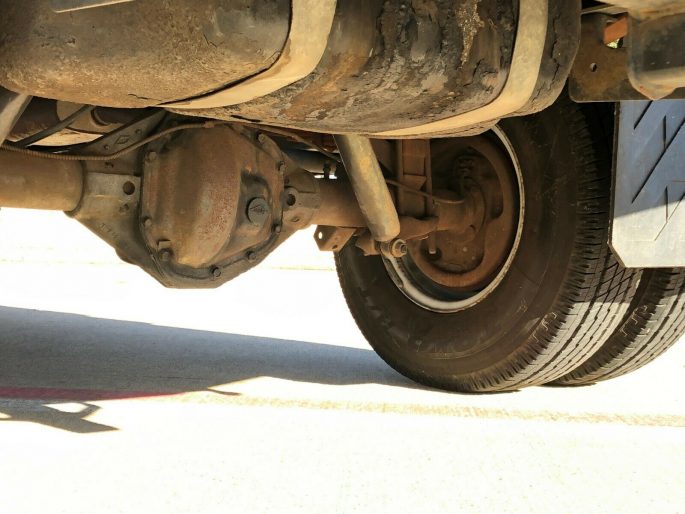 She gets the big, pretty truck that has four-wheel-drive. I see a clean-kept workhorse that has a stir stick transmission and all the makings of the perfect classic Cummins swap in the making. Where would be the fail here? 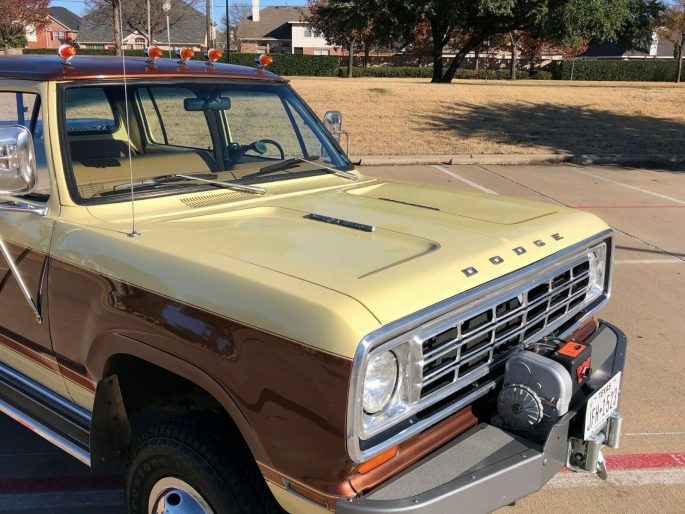 Morning Symphony: The Kenda 660 Radial Riot - Aussies On Radials! R-Rated Resurrection: Waking Up This Ancient Ford F-600 With Enthusiasm And A Sailor's Tongue