The Caddy That Kicks Ass Is On The Market! Nitrous SBC, And Plenty Of Fluffy Comfort Too! 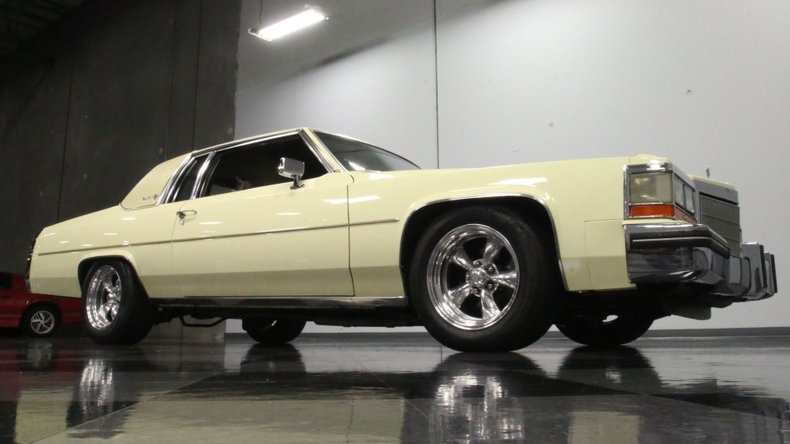 A couple of years ago I met Arthur Petry and his 1983 Cadillac Coupe deVille, a car that I dubbed “The Caddy that Kicks Ass”. My first note was that I was seeing a super-clean box Caddy on a set of wheels and that was that. Instead, I was introduced to the strongest concession to both BangShift values and the aspirations of The Brougham Society combined, a properly tuned driver that has the ability to put up the numbers when required. It comes across in a similar vein as a F.A.S.T. racer: the Cadillac is so clean that you’d think you were looking at a restoration, but it’s moving much, much faster than any 1983 Cadillac ever should. 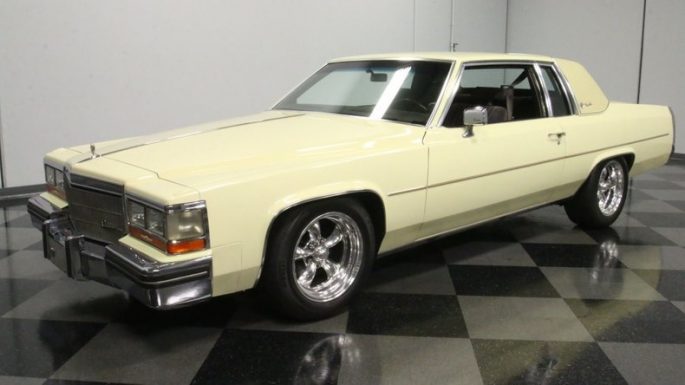 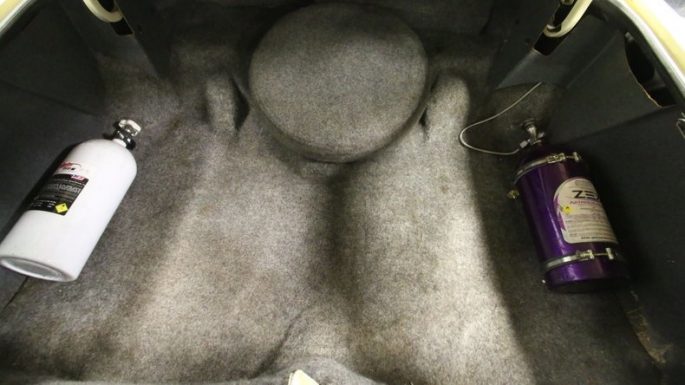 It’s difficult to not compare the car with the Limo I ran at KOTH, even though these two could not be any further apart: the Limo had the last big-cube Caddy, a wheezing 368ci unit that made everything in an eighth-mile radius smell like burnt oil. This car’s got a 383 Chevy small-block on juice that is putting up 472 horsepower and 468 torque at the wheels. The interior of the Limo was black vinyl up front, black leather in the back, and the only nice thing I could reasonably say about it is that it was actually pretty decent in the passenger compartment. This car’s deep brown cloth seats look like a Lay-Z-Boy out of the dreams of many a factory worker who finally heard the shift change signal, bone-stock save for the tiny tachometer in the corner of the windshield. 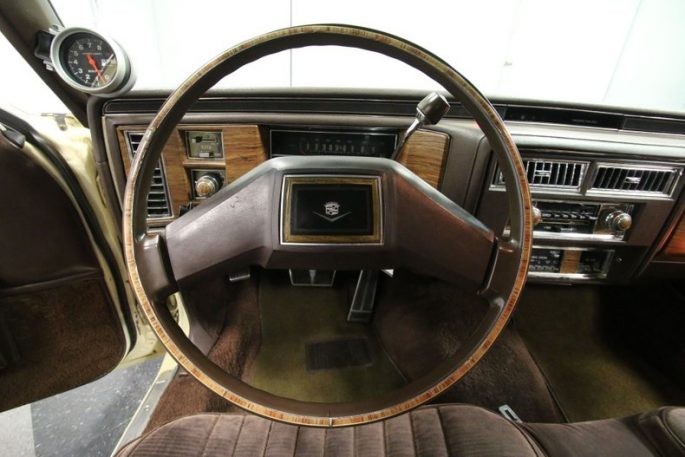 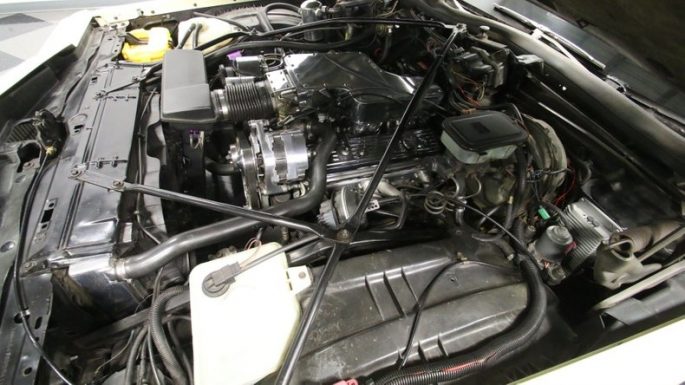 One Cadillac looks like everything that can and should be pictured when “ProLuxury” is mentioned. The other looked like the stand-in replacement for an ill-advised stunt jump through a school bus standing on it’s rear at a county fair. There is no comparison between the two…all they share is an origin point and overall shape. Some people don’t want to turn a wrench and would rather pay for their power. If that’s your method, then maybe this Cadillac is for you. It’s comfortable, it’s classic, it’s done without being overdone. It’s good. 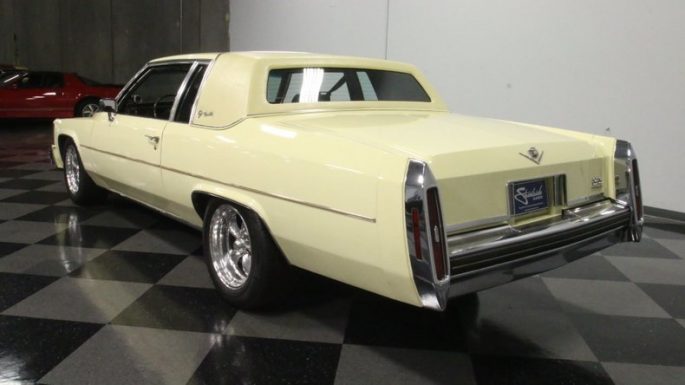 8 thoughts on “The Caddy That Kicks Ass Is On The Market! Nitrous SBC, And Plenty Of Fluffy Comfort Too!”