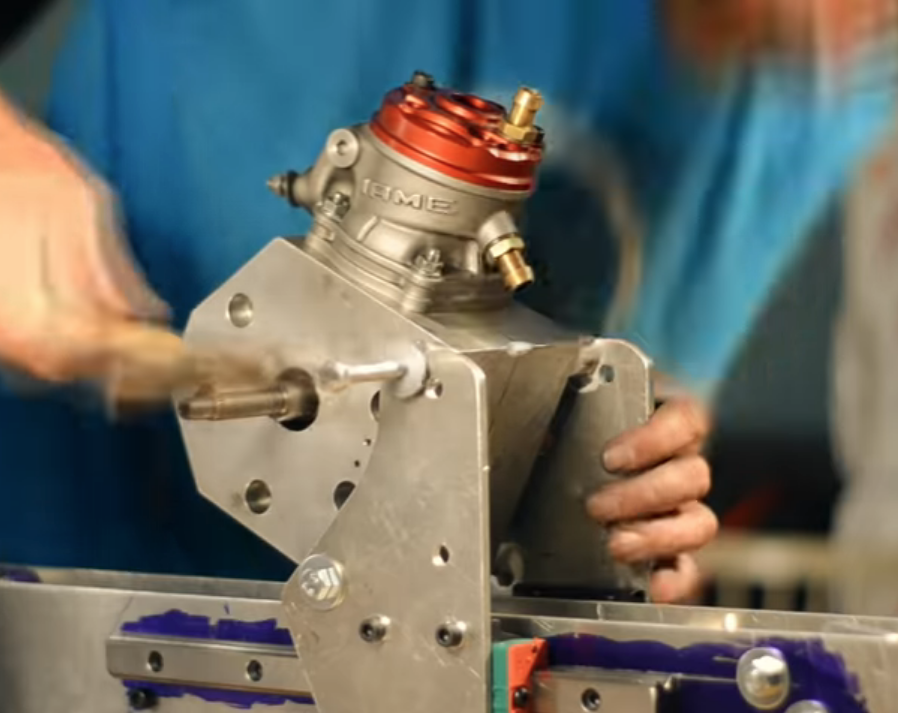 Sometimes it surprises me the things that people can make with the simplest of tools. We’re so used to CNC machines and high tech tools that we sometimes forget just how good the right saw, sander and some calipers can be. This machine right here is a testament to what can be done with tools you normally wouldn’t associate with building a high performance motorcycle, let alone one that is going for a record on the Bonneville Salt Flats. We’re pretty sure you’ll be impressed and amazed at some of the things he’s doing in these two videos. Again, this is a complete ground up build of a 50 cc two stroke motorcycle that is going after a record. As such, there are tons of things going on here that wouldn’t seem to be the norm in a motorcycle intended for the street or show. But that doesn’t mean it won’t go fast and that it can’t be made to work really well. For every hand fabricated and machined part on this bike there are also some cnc machined pieces that are critical to its performance like the head stock and rear bearing assembly. Watch and you’ll see just how cool some of the fancy parts look and just how well some of the less fancy parts actually work.

The Caddy That Kicks Ass Is On The Market! Nitrous SBC, And Plenty Of Fluffy Comfort Too! This Vintage 1971 Mustang Fiberglass Funny Car Body Could Be The Ultimate Artwork For Your Shop!