Opinion Time! We Were All At SEMA 2015 And Saw The Cars…Check Out Their Opinions On Some Of Their Favorites!

Dec 04, 2015Bryan McTaggartCAR SHOWS, Event CoverageComments Off on Opinion Time! We Were All At SEMA 2015 And Saw The Cars…Check Out Their Opinions On Some Of Their Favorites! 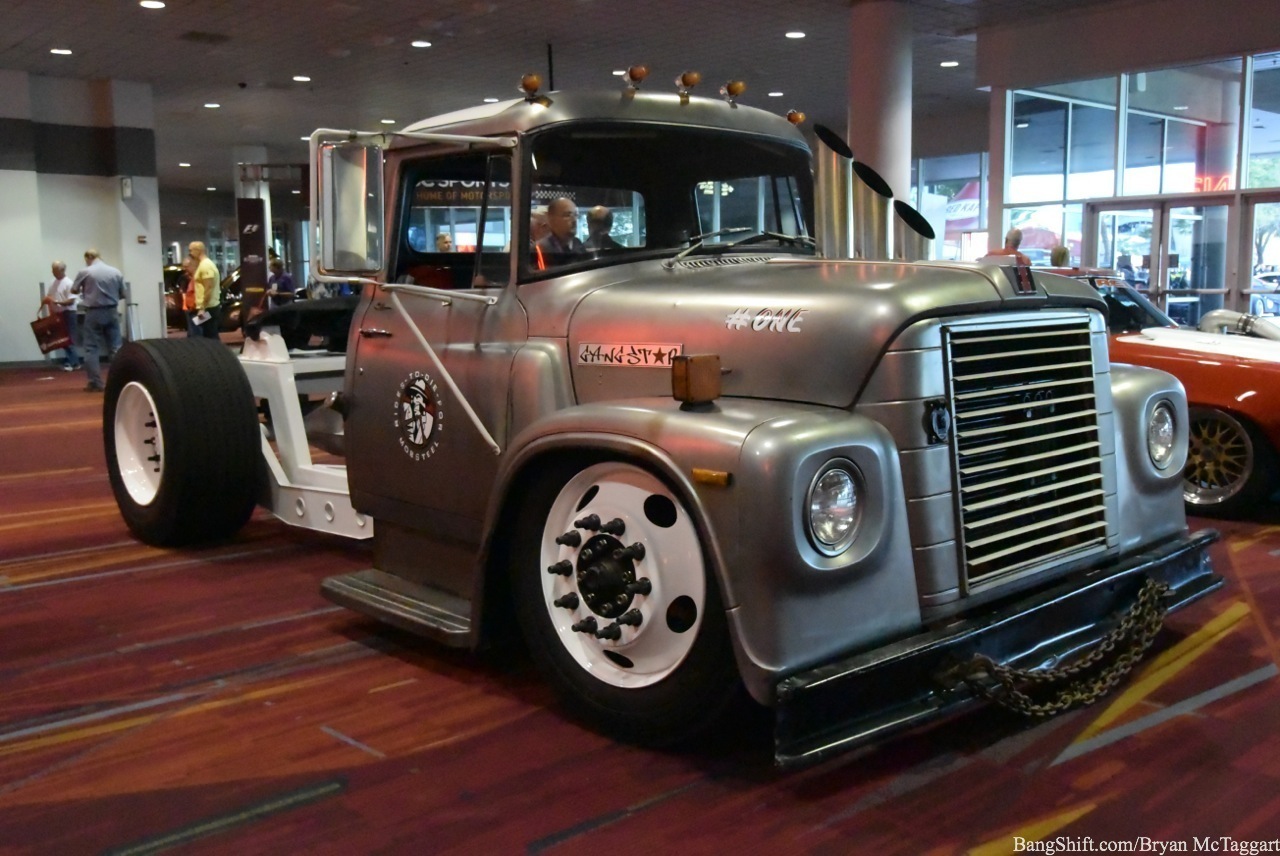 SEMA is a gear head’s overload. For one solid week in November, the Las Vegas Convention Center is stuffed full of the newest parts, hottest cars, and people by the busload. Whatever your flavor is, you can find it here. Like big off-roaders? Gotcha. Built up rods? Done. What about imports? By the truckload, my friend. If you can’t find something you like at the SEMA show, you aren’t trying. But with all of that being said, not everything is going to be in your taste, either. Maybe you want to see an old-school kustom laid out with stunning paint, or maybe you want to go into the high-end wheel department to see a Ferrari on a $25,000 set of wheels. With that said, we are going to be taking a look at some of the stuff we saw at this year’s show and giving our opinions on. Different strokes for different folks and all, these are our honest takes. 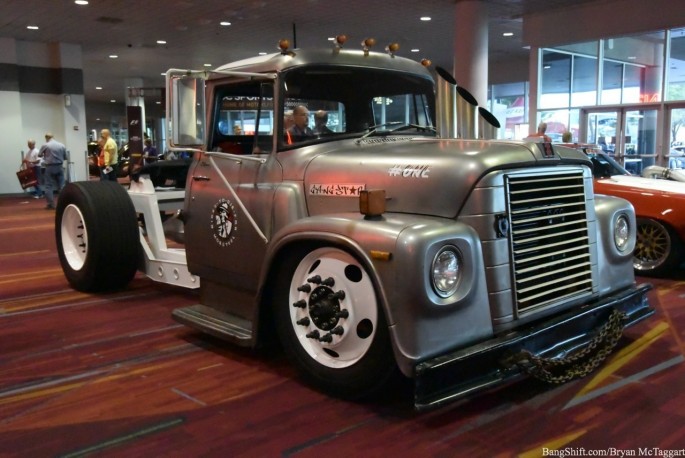 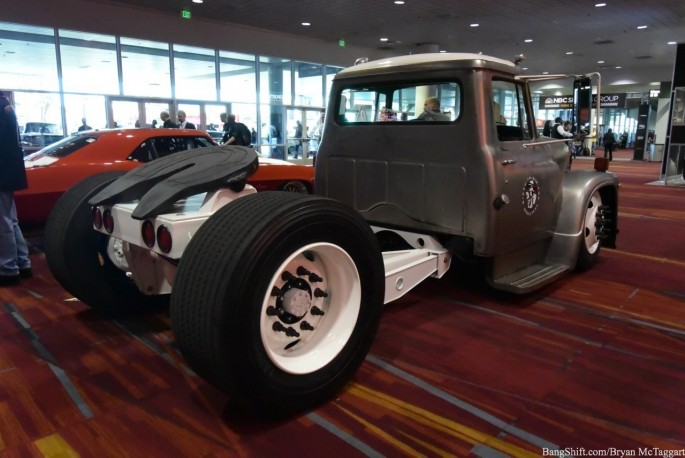 McTaggart: I didn’t see anybody steam-cleaning the carpet around it, so I must have beaten Lohnes to the punch here. The only thing missing from this beast to make it the perfect tow vehicle is a sleeper cab…it’s gorgeous and a bit angry.

Lohnes: Ok, I may have cried a little when seeing this truck in person for the first time and I am man enough to admit that fact. I love this thing, every inch of it. The white wheels, the super singles in the back and the fact that they did no screw up the awesome International cab just makes it all the better. The chassis is wild and too few people spent time gawking at everything going on behind the cab here. Just freaking awesome. 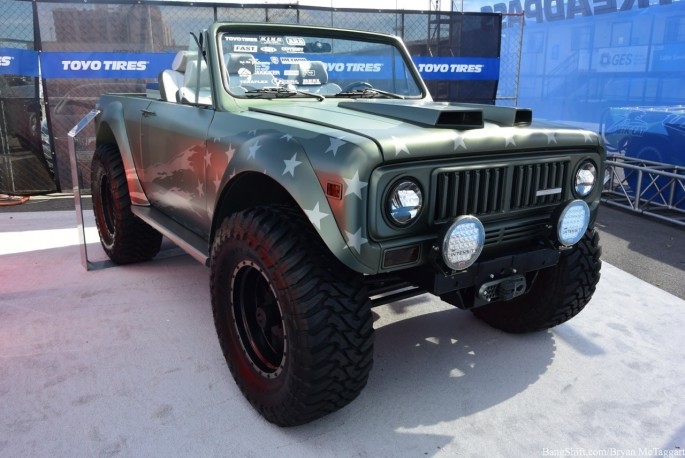 McTaggart: How you make 40″ tires look like factory stock. Would look right at home parked next to a HMMWV, and I know which one I’d rather drive.

Lohnes: I wish it had a roof and I wish it did not have the Hurst/Olds style snorkel situation on the hood. The fender flares are impressive and cool and as Bryan mentions, the tire fitment on this thing is flipping awesome. 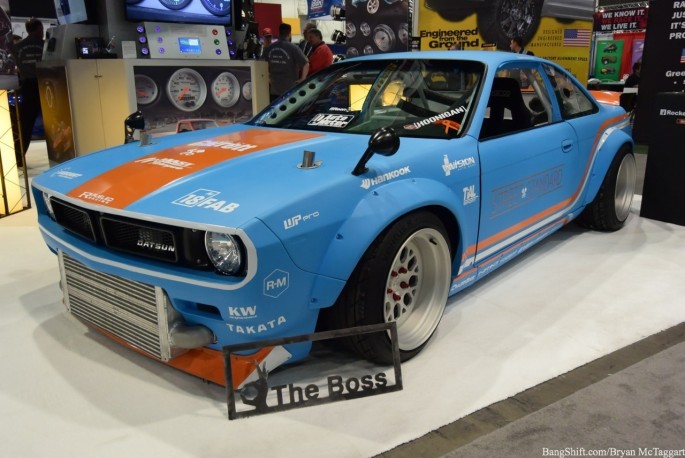 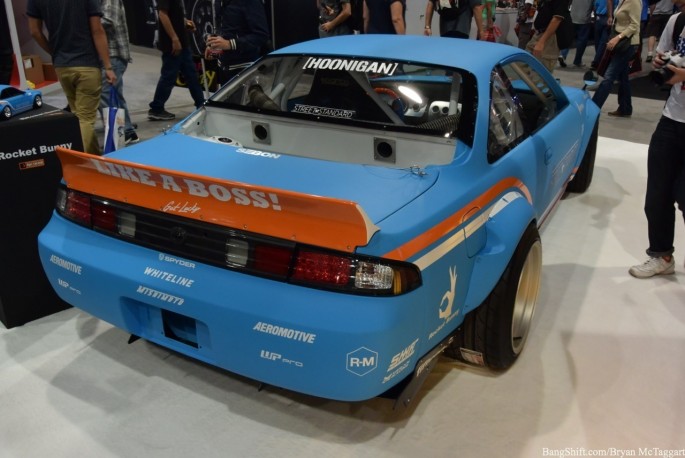 McTaggart: Ignoring the stickers, I’m loving this…and I shouldn’t. Rocket Bunny’s Boss body kit turns a Silvia into something else entirely. I actually spent a few minutes at the front of the car trying to determine it’s model year. It has a old school Nissan, Chrysler or late-sixties Mustang vibe up front. Not bad.

Lohnes: There’s some stuff I would change but overall this is a pretty cool car. I am totally oblivious to the culture and history of junk like this but there are things you just walk up on and think, “Hey! That’s neat.” This was one of those things for me. The styling of this 1970s Japanese stuff is pretty cool. 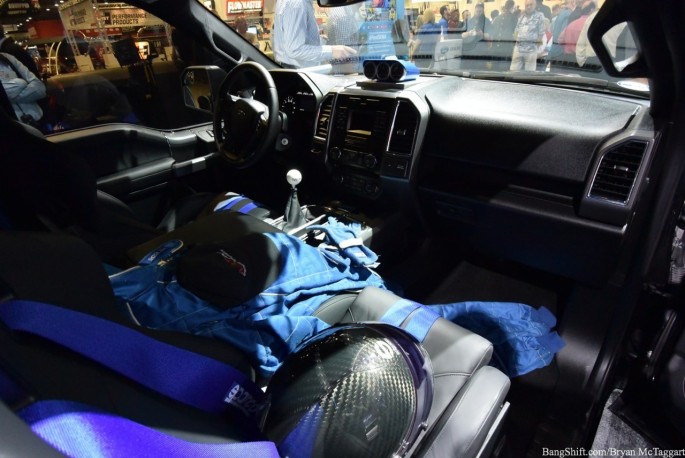 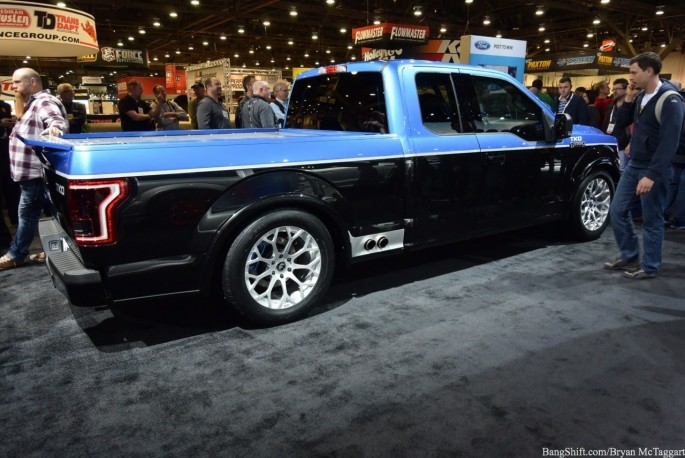 McTaggart: This is how the Tremor package should be. Maybe Lohnes could talk with Ford and convince somebody to leave off the speed limiter. Not so happy about the V6, but I’ve driven several of the new ones and for a light duty pickup that I would only rarely use the bed for it’s intended purpose…yes, please.

Lohnes: I really want to like this thing but it needs snarling V8 power under the hood and at the end of the day it is an F150. Apply all this stuff to a Mustang and it would be kick ass. The six speed is a redeeming quality but at the end to the day, not my jam. 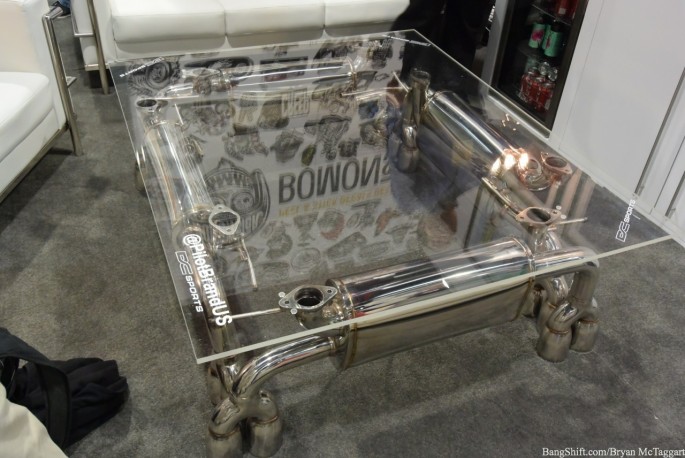 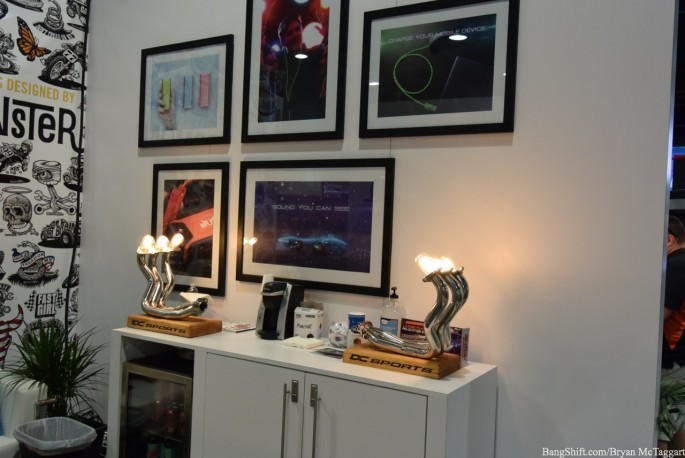 McTaggart: “Where the hell were you guys three months ago, when I was buying lamps?! Not saying that buying a glass coffee table made out of exhaust pieces is a good thing…good luck selling that idea to the significant other…but it sure beats what is normally out there. Hmm…wonder how a chandelier made out of Zoomie tubes would look?”

Lohnes: McTaggart may see gearhead furniture but all I see is dollar signs. This stuff is cool to look at and consider but when the rubber meets the road it is so idiotically expensive I just cannot fathom it. Also, once you bail on your well appointed bachelor pad, where does it go then? Great thinking, cool execution, but it would look cooler in your hour than mine.

Every 2016 Ford Mustang Allotted For Australia Has Already Been Sold - Smashing Reception! eBay Action: This Barn Found 1967 Camaro RS Was A Looker In Its Day - What Would You Do With It Now?