Got Salt Fever? With A 2016 Event Looking Likely, We Dug Up A Gallery From McTaggart’s First Trip To Bonneville! 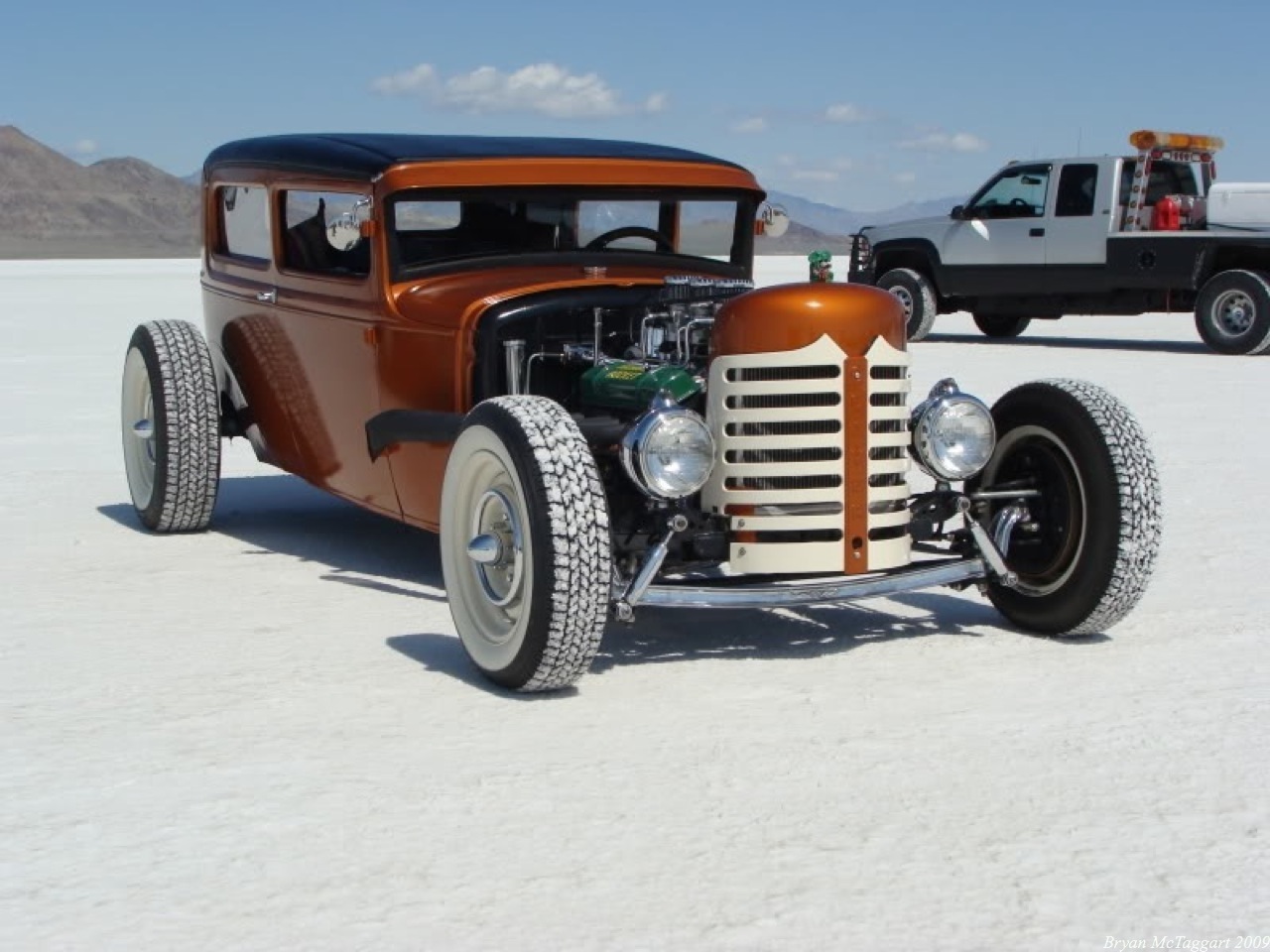 For the last couple of years, anyone talking about Bonneville has spoken of the salt with a tinge of either sadness or anger in their voice. For two years now, there has been no racing on the salt flats outside of Wendover, Utah. As the date got closer and closer each year, hope would rise up as racers and fans alike waited with baited breath on word from the Southern California Timing Association as to whether or not there was enough of a surface to race on. In 2014 rains flooded out the track, and in 2015 heavy spring rains, coupled with cooler weather that didn’t evaporate the surface water, kept the races from going on as scheduled. We won’t even dip into the issues with Intrepid, potash mining, salt reclamation, and the Bureau of Land Management, because that is another argument for another day. What we do need to focus on is that currently, there is cautious optimism about a 2016 Speed Week event happening this year, and we hope with everything inside of us that it goes off. Racers need the salt, and for those who have been, Bonneville is something entirely special that no words will ever do justice to. But let me try…

Here’s the rundown: in 2009 I was still in the Army, recently back from a long deployment to Iraq, gearing down for an inevitable divorce, and had just about enough of the day-to-day. By some miracle, I managed to get a 30-day leave approved, so I packed up the 2006 Chevrolet Monte Carlo SS I owned at the time, grabbed the camera (but, stupidly, not the cable I would need to upload pictures with) and ran from Washington State as fast as I could with the intent on meeting as many people as I could, seeing all that I could see, hanging out with as many family members as I could manage, and racing whenever the opportunity presented itself…and posting everything up in the Forums for everyone to read. (You can read the thread HERE) One item that I personally hadn’t originally planned for was a trip out to Bonneville, but that’s where Keith Turk stepped in…his suggestion re-wrote my route on the way back to Fort Lewis. I hadn’t been to Bonneville, and according to any and every gearhead in the universe, the salt was a ‘bucket list’ item that you had to do. 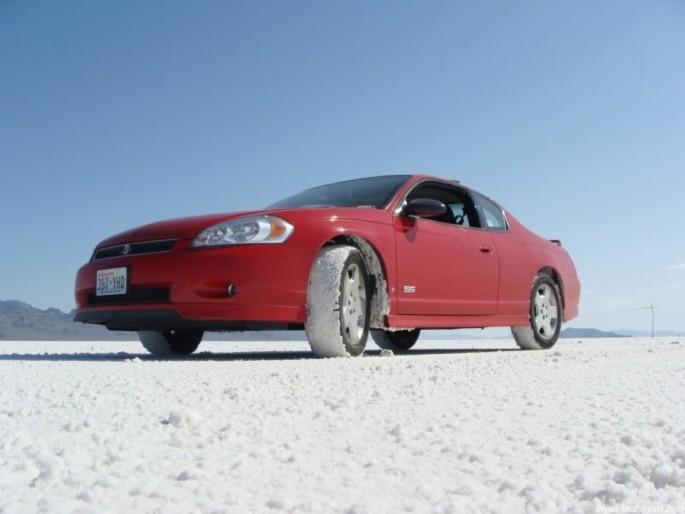 The trip to Bonneville, especially the leg from south of Salt Lake City to Wendover, damn near killed me: a windstorm so bad that it was shoving the Monte Carlo with every gust was blowing through on one side of the car, and on the other side was a wildfire. For the 120-something miles between the two points, I was racing Interstate 80 at triple-digit speeds like my life depended on it. By the time I got to Wendover I had outrun the fire, but the wind was still up, so much so that opening the front door at the convenience store cause the door to fling open, throwing me into the brush guard of an SUV…and I’m not a small man. Sick from the stress, and possibly bad Arby’s I had eaten for dinner, sore from the impact with the brush guard, and dog-ass tired from the heat, I drove down the road and onto a world surface like I had never seen before. Nothing can prepare you for Bonneville the first time you see it, especially at night on a full moon. I could have been Neil Armstrong for what I was concerned…no pain bothered me, no stress existed, and once I puked into some bushes, no sickness affected me. I was in complete and utter awe, and that was before cars appeared, before engines screamed, before records fell. Even without the racing, Bonneville is worth seeing. It is indescribably beautiful out there. The action is just icing on the cake.

Unfortunately, when you are having a great time, shit happens, and for me, that was having to go back to Fort Lewis early after only staying one whole day. But that day, I made count. In addition to meeting Keith and Tonya Turk, I met Jim Forbes, Dan Stokes, Freiburger, and arguably one of the most important people I’ve met in my life, Chad…who, between sweeping salt out of a Ford Flex (don’t ask), threw me what I’m pretty sure was Freiburger’s donuts. Bonneville had an impact on me that I can’t even begin to word properly, and if you have the opportunity to go, pack the car up and get out there. Meanwhile, check out some of the photos I snagged while I was on the salt! Click on a photo below to go through the album.

2 thoughts on “Got Salt Fever? With A 2016 Event Looking Likely, We Dug Up A Gallery From McTaggart’s First Trip To Bonneville!”