Best of 2019: Quintin Brothers’ Dodge Challenger Scat Pack – Call This One The Hellraiser! 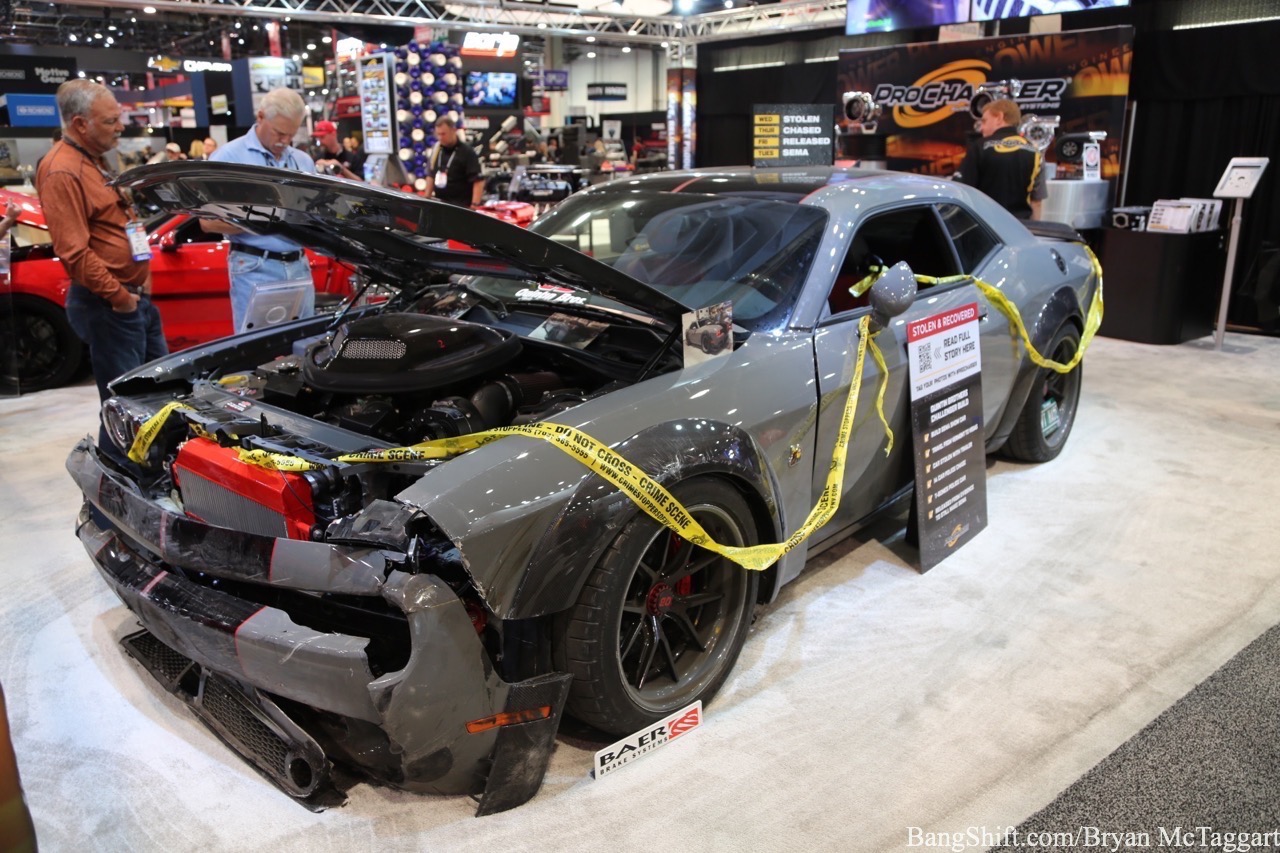 If there’s anything we hate more than anything, it’s a thief. Scurrying scumbags and idiots who think that they deserve someone else’s hard work for free, the lot of ’em, and they’ve been busy this year targeting SEMA. A Jeep Wrangler and Ford Explorer customized by pediatric cancer patients for the Austin Hatcher Foundation were stolen, stripped, and left in the Tennessee woods. Seriously? Kids suffering with cancer worked on those vehicles and some dreg of society decided they needed it more? I hope they get their comeuppance when they get thrown into gen pop, personally. Then there’s the one-off Frankenstein Engine Dynamics “Freakshow” intake that managed to grow legs overnight between Tuesday and Wednesday that police are trying to track down right now. But the big story of the show was the theft, pursuit, and recovery of the Quintin Brothers’ Dodge Challenger Scat Pack that was meant to go into the ProCharger booth. 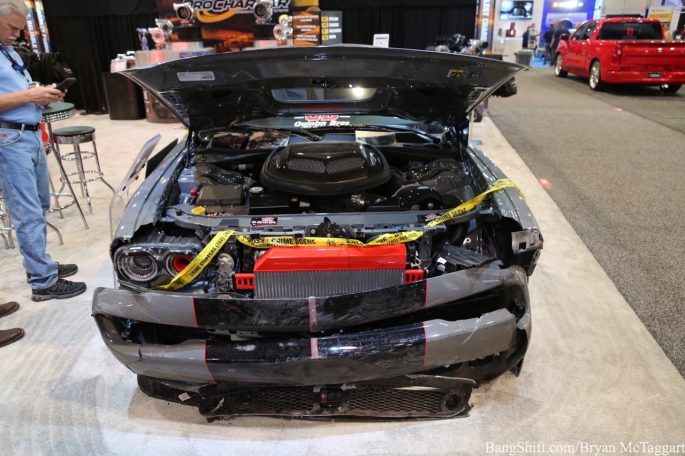 A few days before SEMA, the Challenger was in a trailer at a hotel, hooked up to the truck that hauled it down from Vermont. Enter 33-year-old Jesse Grano. While the delivery driver was resting up, Grano used a stolen truck to get to the hitch of the trailer, freed everything up, and hauled off into the night with a 1,000 horsepower SEMA build that he proceeded to drive around Las Vegas with. The trailer was found in short order, but the Challenger was a little more elusive. Twice the car was spotted, twice the car was chased. But it’s the second chase that has garnered a lot of attention. After being spotted in the parking garage of the Rio casino by Nevada Highway Patrol, Grano shoved the Challenger through the Nevada Highway Patrol Ford Explorer cruiser of Trooper Adam Whitmarsh before entering a pursuit that saw speeds over 150 miles an hour that was ultimately called off for public safety. But with the damage done by pushing past the SUV and the knowledge that the police were coming for him no matter what, Grano ditched the Challenger in a different parking lot and hopped a bus. He was later apprehended and is now facing a boatload of charges, including battery with a deadly weapon on a police officer, felony eluding, possession of a stolen vehicle and numerous misdemeanor charges. At the time of his arrest, he was wanted for attempted murder with a deadly weapon, possession of a firearm by a prohibited person, and 3 counts of child neglect. So long, sucker! 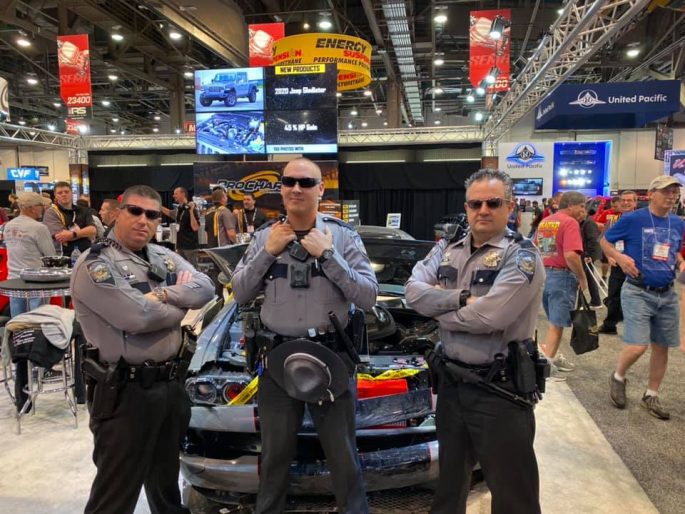 After a fast-tracked processing by the authorities, the Challenger wound up center-stage in ProCharger’s booth, still wrapped in yellow tape, still filled with some of the garbage that the moron left behind, with the front clip battered, some of the stickers on the back window hastily scraped off, and plenty of road dust all over it. It wasn’t the prettiest machine on display, but without a doubt, it was the most infamous and the story that this car now has just adds to it’s overall awesome vibe that the owner will get when the Challenger is returned to it’s proper glory! 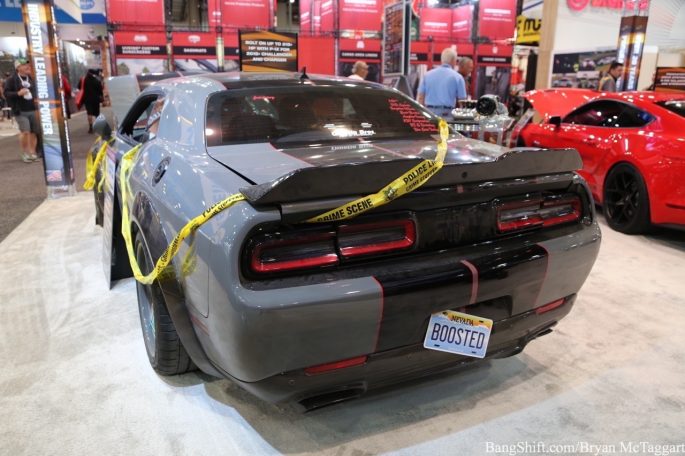 Best of 2019: The American Powertrain Parting Shift: 9-Gears, No Mufflers, An A Detroit Diesel Best of 2019: A Great Story About One Guy's Quest To Build A 1964 Mercury Marauder!

10 thoughts on “Best of 2019: Quintin Brothers’ Dodge Challenger Scat Pack – Call This One The Hellraiser!”