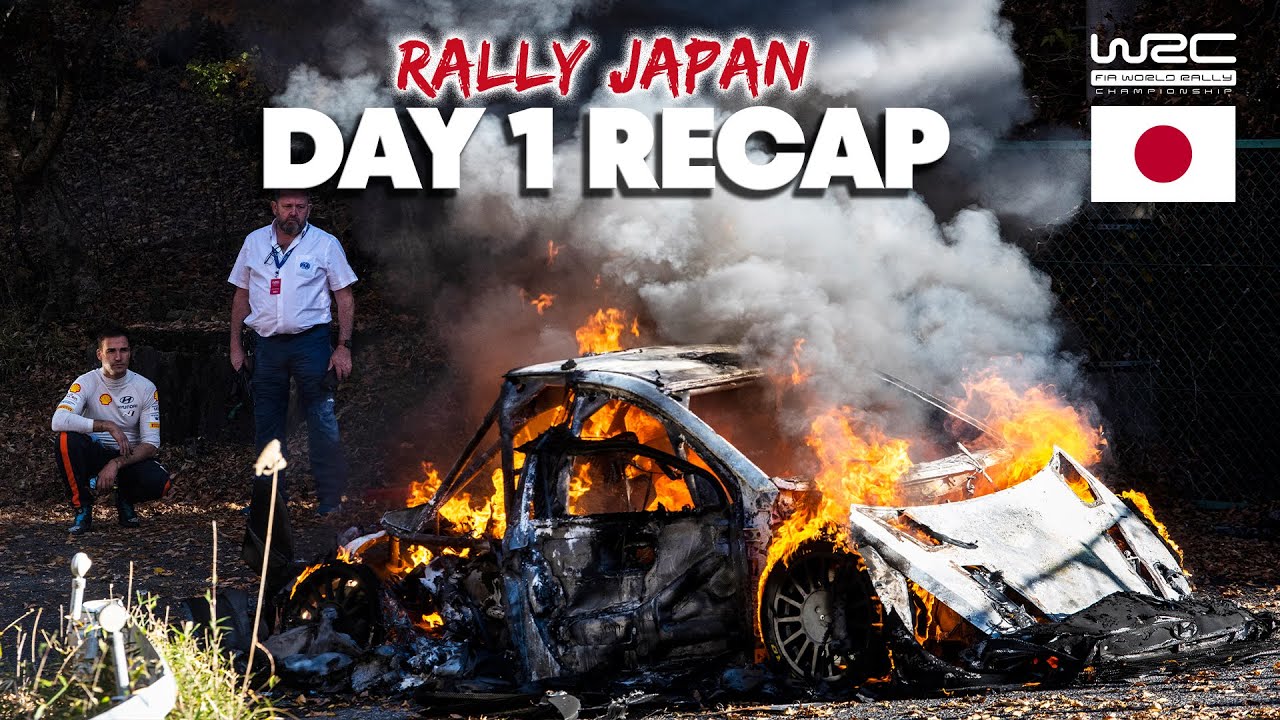 I wish free coverage of the WRC was more readily available where I live, but thankfully there is a lot of recap video from the gang at Redbull so I usually check it out. If you are a fan of the World Rally Championship then check out this recap from the gang at Red Bull.

Elfyn Evans headed Thierry Neuville by the narrowest of margins as Friday’s brutal opening leg cut holes through the field at FORUM8 Rally Japan. Just 3.0sec split the pair after the first full day of action on technical mountain roads around Aichi, with Evans’ GR Yaris holding strong on the home soil of his Toyota Gazoo Racing squad. Japan is back on the FIA World Rally Championship calendar for the first time since 2010 and the all-new asphalt event has already claimed the scalps of multiple frontline drivers. Dani Sordo’s Hyundai i20 N was the first to go – his car reduced to a sorry-looking shell after catching fire in the opener.

Persistence paid dividends for Thierry Neuville in the FIA World Rally Championship finale as he grabbed the FORUM8 Rally Japan victory from under the nose of Elfyn Evans.