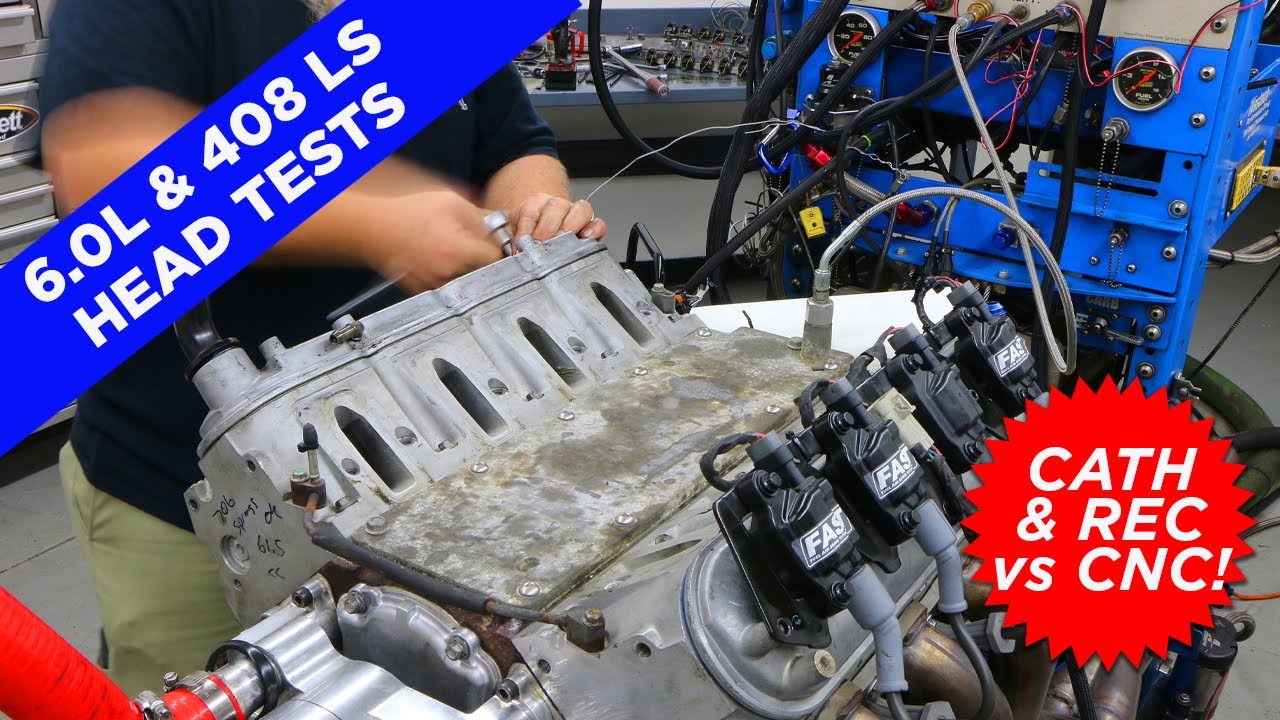 The argument over which cylinder head is best on an LS engine is always fun to listen to, but there is nothing better than testing. Most people don’t have an engine and multiple cylinder heads available to test back to back, but Richard does so he’s done that test. And he’s done back to back cylinder head testing not only on a 6.0L but also on a stroker 408 combo. So is one head better than the other for one engine over the other?