In Memoriam: Gearhead Guys You Should Know: Erik “Carlsson on the Roof” Carlsson 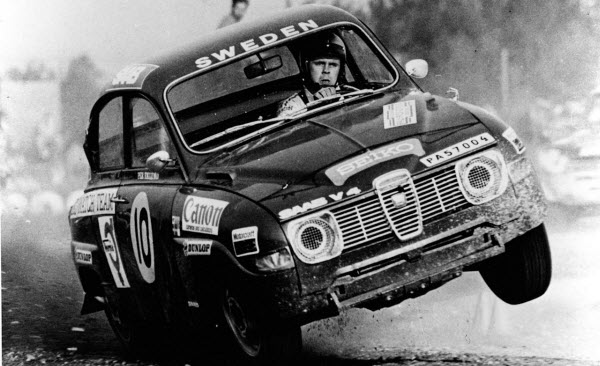 (Editor’s Note: Rally legend Erik Carlsson passed recently and we thought it was only right that we re-ran this great Craig Fitzgerald story about the man’s career and legend. He truly was an all time great, if not the greatest ever.) Today is March 5th, which happens to coincide with the birthday of one of the greatest rally drivers the world has ever known. Generations before Subaru every dreamed of competing in rallying, Erik Carlsson was beating the pants off of rallying giants like Ford, Jaguar and Mercedes-Benz in weird, bathtub-shaped, two-stroke Saabs.

Carlsson is a national hero in Sweden the way a Roger Maris or a Michael Jordan was a national hero here. He began rallying in a 1935 Ford with a flathead V-8, but in 1955, he bought a Saab 92, the first car produced by the Swedish manufacturer. 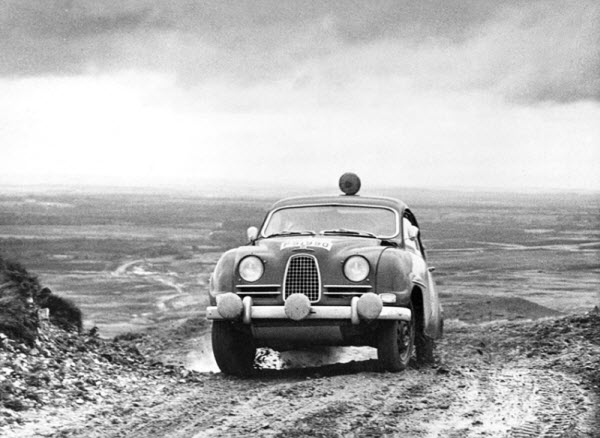 To say it was “underpowered” would be a massive insult to blenders and electric toothbrushes. With 764cc at its disposal, the two-cylinder, two-stroke Saab engine churned out a breathtaking 25hp. At the time, Carlsson would’ve been competing against cars from Jaguar and Mercedes, with six-cylinder engines and four times the horsepower.

What Carlsson gave up in power, though, he made up in badass driving techniques that are still in use today. He’d wring the Saab 92 out for all it was worth, and with his foot kept to the floor, he’d left-foot brake it into corners, swinging the ass out in a perfect front-wheel drive drift, allowing the front wheels to pull him straight again. 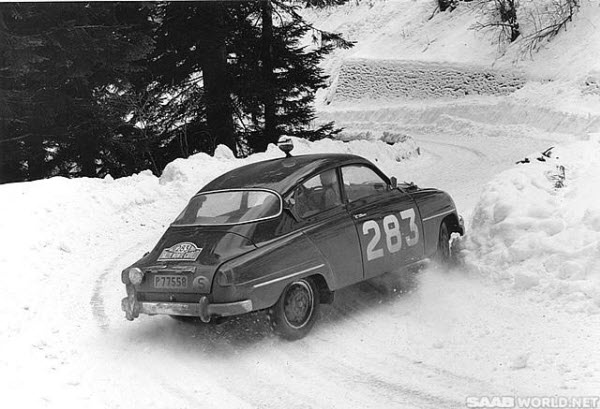 He won his first rally in the 92 in 1955, before winning the Finnish 1000 Lakes Rally in a Saab 93 in 1957. In 1959, he competed in front of a wildly enthusiastic crowd at the Swedish Rally, winning it handily. At the Liège-Sofia-Liège Rally in 1959, he contested for the lead after driving flat out for 90 hours. 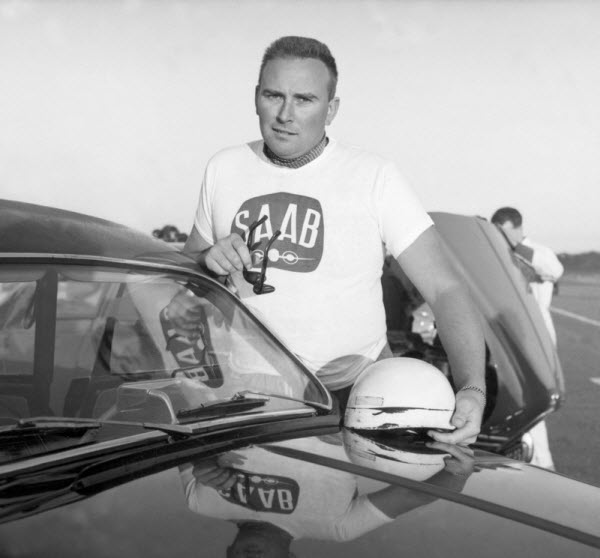 A more powerful engine came in the Saab 96, when Carlsson got a factory seat with Saab. With one additional cylinder, he could count on about 80hp, which certainly wasn’t up to Jaguar, Ford or Mercedes-Benz standards, but with his amazing driving ability, Carlsson dominated the Rally scene in the early 1960s.

Between 1960 and 1963, Carlsson amassed six first place victories, including the Akropolis Rally in ’61, the world-famous Monte Carlo Rally in 1962 and 1963, and back-to-back-to-back victories at the prestigious R.A.C. Rally in Great Britain. 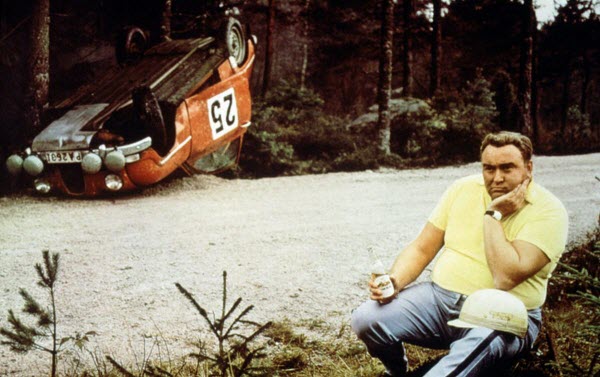 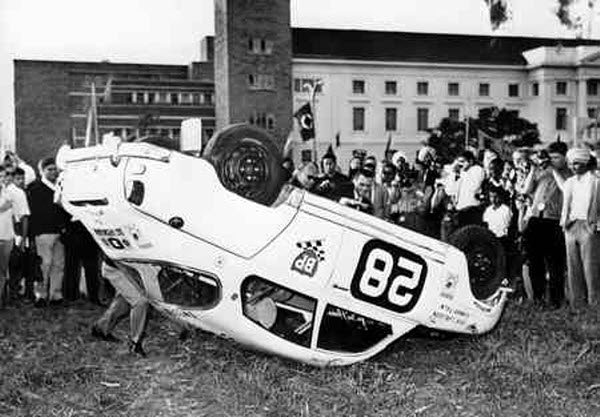 As if that wasn’t accomplishment enough, he also trained James Bond to drive. In the John Gardner James Bond novel Icebreaker, Bond goes through two weeks of training with Erik Carlsson in preparation for an arctic mission. It’s Carlsson, not Q, who personally outfits and delivers James Bond’s car, “The Silver Beast,” a Saab 900 Turbo, in the next Bond novel, License Renewed. 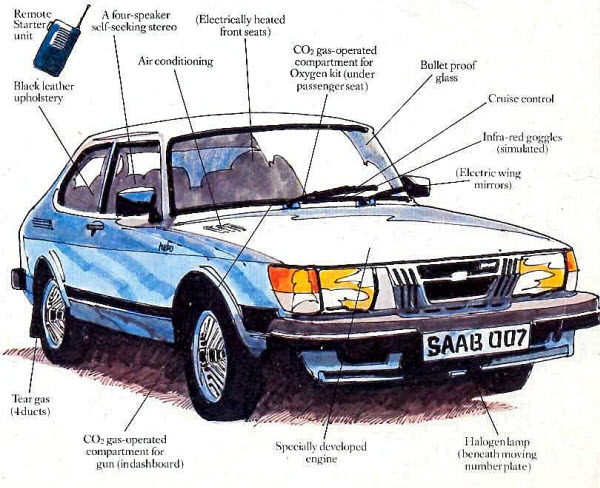 Carlsson is still around at the age of 84. Over the years, he’s become synonymous with rallying. Happy birthday, Carlsson on the Roof.

Event Coverage: Nitto Auto Enthusiast Day Arlington, Texas - Tons Of Cars, Tons Of Smoke, Lots of Fun Rough Start: This Chevelle Trar Is Up There, Both In Stature And In Price, But Is It Worth The Risk?

3 thoughts on “In Memoriam: Gearhead Guys You Should Know: Erik “Carlsson on the Roof” Carlsson”