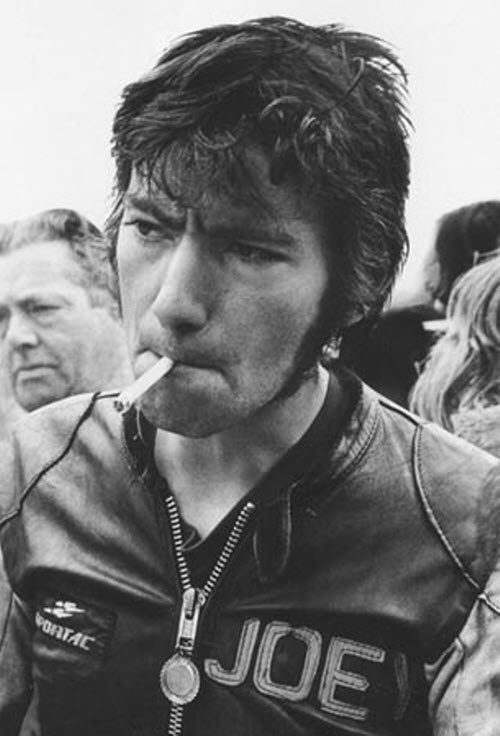 Only a handful of people know who Joey Dunlop is in the United States, but worldwide, he is recognized as one of the greatest motorcycle racers in history. Victorious in Grand Prix racing and at the Isle of Man TT, Dunlop was also a humanitarian, delivering food and clothing to children in Romania throughout his racing career. He’s the kind of legend you feel good about idolizing.

Joey Dunlop was from Ballymoney in Northern Ireland. He started racing in 1969. According to his father, Willie, “I remember he didn’t have a car license, so he gave his sister’s license number to the Union to get his race license.” He competed in those early races aboard a used Triumph Tiger Cub he bought for £50, which he had to borrow. That early bike was a 199cc pushrod single, capable of maybe 10hp on a good day. It was, according to his friend and supporter, Jackie Graham, “a pretty rough thing, with bits and pieces welded to it where the frame broke, and a footrest. It was a fairly tatty wee bike. Joey had a Mini Traveller. To get to meetings he’d take the wheels out of the bike and shove it in the back.” 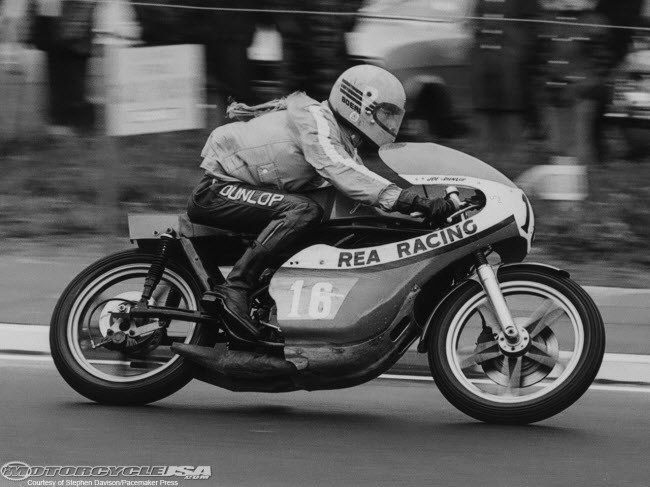 He raced for fun in those early days, but within a few years, he began showing promise as a world-class roadracer. By 1977, the game was fully on, when he kicked off an unrivaled string of victories at the treacherous Isle of Man TT, a race course on public roads that remains the world’s most dangerous motorcycle racing event.

Between the years of 1977 and 2000, Joey Dunlop would win the Isle of Man TT 26 times, aboard everything from ultra-lightweight 125cc bikes to Formula 1 machines. In 1985, 1988 and 2000, he won the Isle of Man TT in three separate classes, the last time at the age of 48 against riders half his age. During the same period of time, he won the Ulster Grand Prix 24 times, and in 1986, he won his fifth consecutive TT Formula 1 World Title. 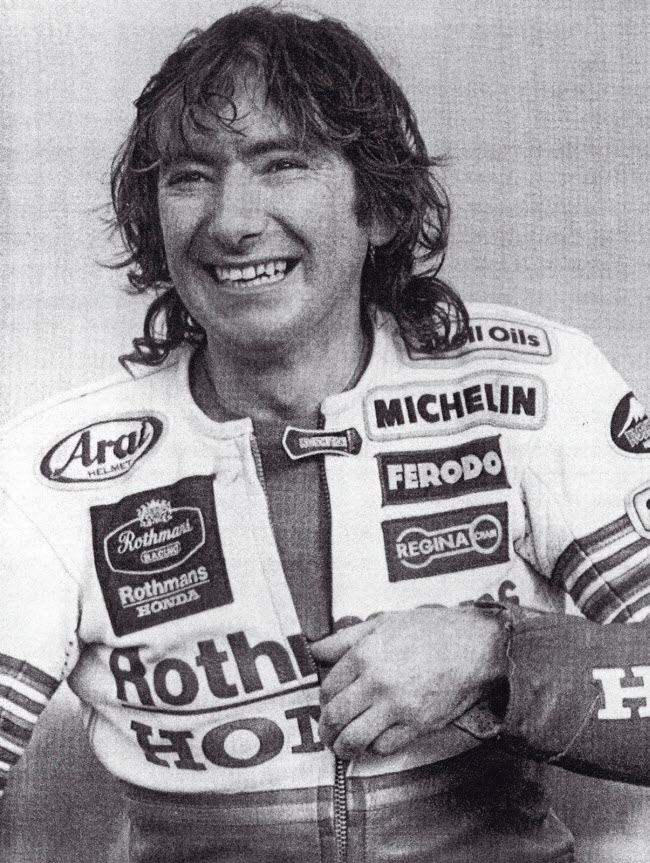 Following his early years on the Triumph, Dunlop would become synonymous with Honda motorcycles. By the year 2000, Joey Dunlop would claim 23 percent of all of Honda’s TT motorcycle racing victories, eventually winning 230 races in his career. Even when he was racing the most technologically advanced machines Honda had to offer, he turned his own wrenches. 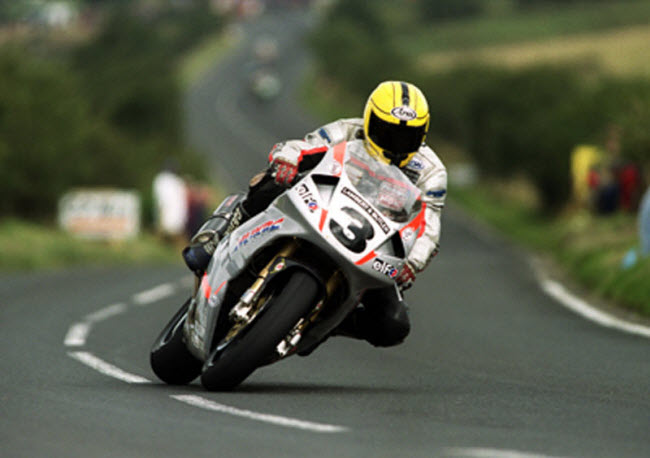 He shunned the spotlight and rarely gave interviews, but he spent hours of with his fans. Fans in Ireland, especially, thought of him as one of their own, and it’s likely how he eventually got the nickname “Yer Maun.” 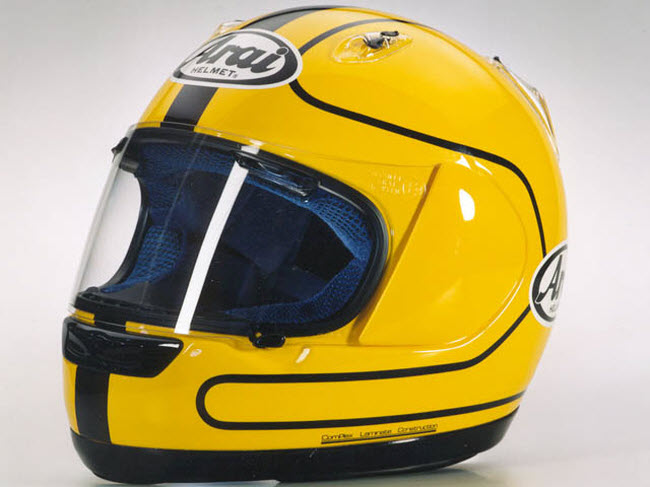 He was recognizable blazing around road courses with his familiar yellow helmet. His first full-face was a yellow Boeri donated by John Boyd, a Suzuki dealer from Ballymena. It was — according to friends — “a really sloppy fit – he had to put some extra foam inside to stop it wobbling about”. The first of several Kangol lids seems to have appeared in 1978, initially plain yellow but with a black stripe from 1979. In March 1982 Joey signed with Top Tek (Kangol’s successor), before donning an Arai helmet in 1983. Arai still offers a special edition Joey Dunlop helmet painted in his familiar colors.

That helmet was part of a ritual for Dunlop. He claimed not to be superstitious, but never raced without a red t-shirt, always donned his left glove and boot first before getting on the bike. 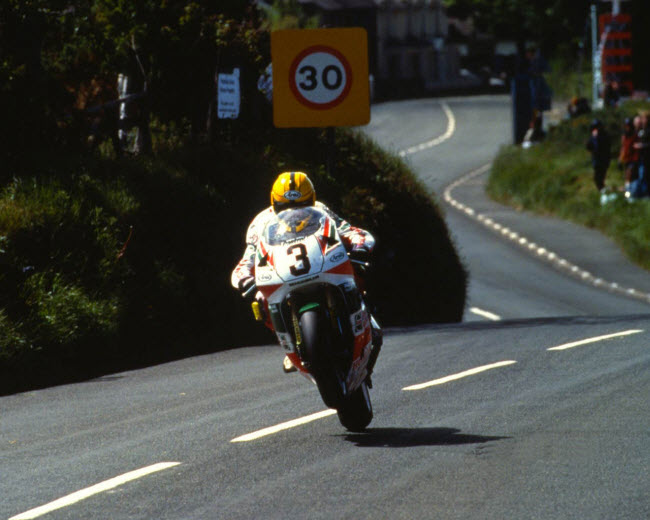 His racing victories were significant, but it was his charitable work that earned him knighthood in the Order of the British Empire. Every year, he made trips to Romania to bring vanloads of aid to orphans and those who cared for them.

Joey Dunlop died in Tallinn, Estonia, in 2000 while leading a 125cc race. He’d already won the 750cc and 600cc events that day. He lost control of his bike in the rain and was killed on impact when he hit the trees surrounding the road course. Fifty thousand mourners attended the funeral to Garryduff Presbyterian church and his burial in the adjoining graveyard. 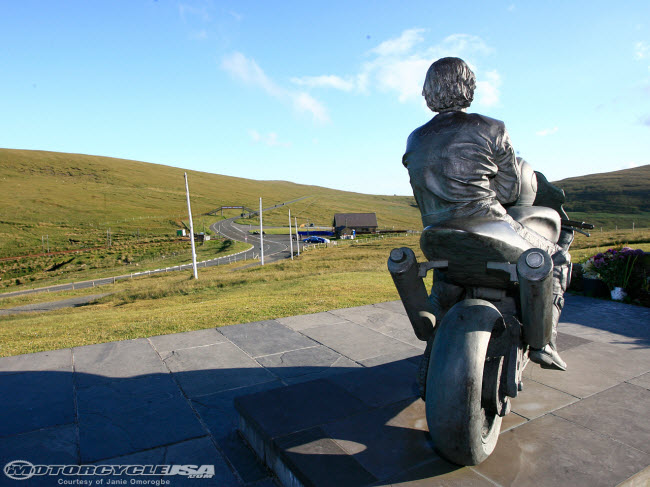 To the end, it was the love of the sport that kept him riding. He drove to the venue alone, with the bikes in the back of his van.

Here’s a 10-minute video of Dunlop’s victory at the Isle of Mann TT in 1983, with Dunlop narrating the entire way. It’s awesome footage of a guy at the very pinnacle of his racing career.

BangShift Question Of The Day: The DeLorean DMC 12, BangShift Approved? Craigslist Find: A Blazer Chalet Camper I Want Bad Bad Bad. You Should Too Or Your Just Weird.