Here’s Some Early California Drag Racing Zen For You To Enjoy – Dragsters, Coupes, and More!

Aug 22, 2019Brian LohnesBangShift NewsComments Off on Here’s Some Early California Drag Racing Zen For You To Enjoy – Dragsters, Coupes, and More! 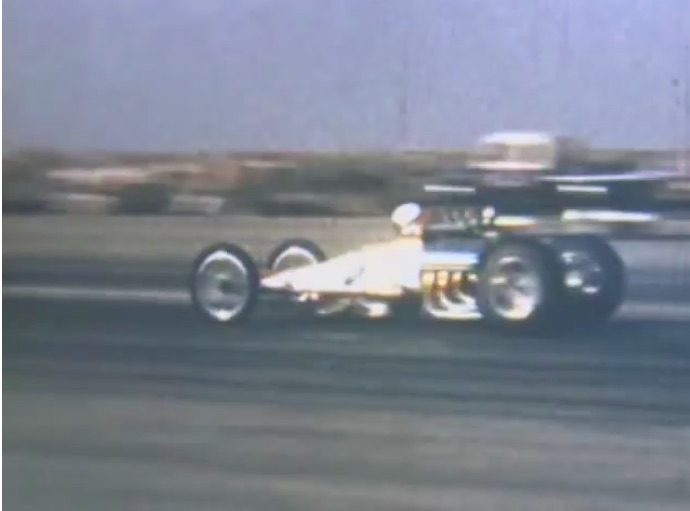 There are few cooler things than seeing early drag racing footage from the first full decade of the sport’s existence, the 1950s. This footage from California and it was taken at multiple tracks. Some of it is definitely from Bakersfield and outside of that we’re not sure what the other location(s) are. The one thing that they have in common is that they are wide open and that they are pretty rustic, a far cry from today’s super tracks and national event facilities. It speaks to a simpler time and an era of wide open experimentation. You will see coupes, dragsters or both front and rear engine variety, killer push trucks, and even some big old cars being used to push and tow the racers.

The interesting thing in watching this film for us is that it comes from an era when the cars were powerful enough to rip the tires most of the way down the track, billowing smoke for hundreds of feet or more. You’ll see some of these cars haze the tires no the launch and slightly down track but the majority go them seem as though they are getting along at a pretty good clip, sans smoke.

This era of the sport birthed the careers of some of the sport’s greatest names and they mostly came from California. With the drag racing media mostly based there and the rest of the country reading magazines like Hot Rod, names like Ivo, McEwen, and a host of others rose to prominence and literally grew with the performance of the cars that they were driving.

These things may have been slow but they are no less cool than what we’ll be watching this weekend in Sonoma!