Meet The Weinerfleet: Big Or Small, There’s An Oscar Meyer Weiner-Vehicle For Them All! 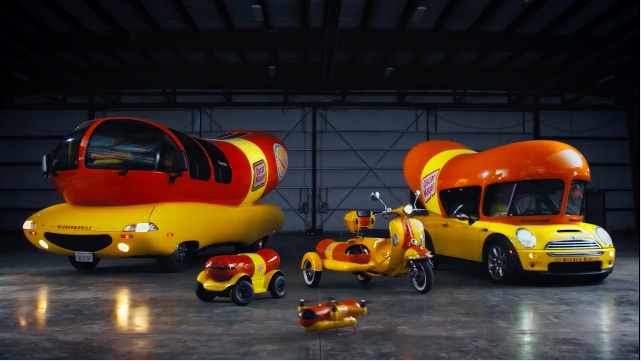 It’s summer. Races, cruise-ins, shows and the like are taking place all over the country. Cars are out, people are enjoying the sun, and sooner or later, someone is going to either get hungry and hit up a concession, or a barbecue grill is going to be lit and some cooking will be going on in the pits. You can try all you like, but in the world of cars, food is surprisingly linked hard with the hobby. Don’t believe me? Ask anybody what the best part of attending a race at Summit Motorsports Park is. Hint: one pound of ice cream for a buck. And it’s worth every last cent.

Another cool link between food and and the automotive world are the Oscar Meyer Weinermobiles. Since 1936, the mobile hot dog in a bun has been the traveling icon for the famous hot-dog brand and, since 1969, have been roughly RV-sized, based upon several different chassis, including GM vans, Ram 1500s, Isuzu ELF trucks, and even purpose-built, one-off setups. But here’s the problem: an RV-sized weiner can sometimes be a bit of a pain to maneuver around. One managed to get stuffed under some guy’s deck back in 2009. And it appears that Oscar Meyer has taken the initiative to downsize the weiner. Their mission will still be the same: to spread the message of the hot dog, one tasty bite at a time. But now, there’s a Weinermobile for every possible situation, ranging from small and mobile to big enough for the open road.

4 thoughts on “Meet The Weinerfleet: Big Or Small, There’s An Oscar Meyer Weiner-Vehicle For Them All!”