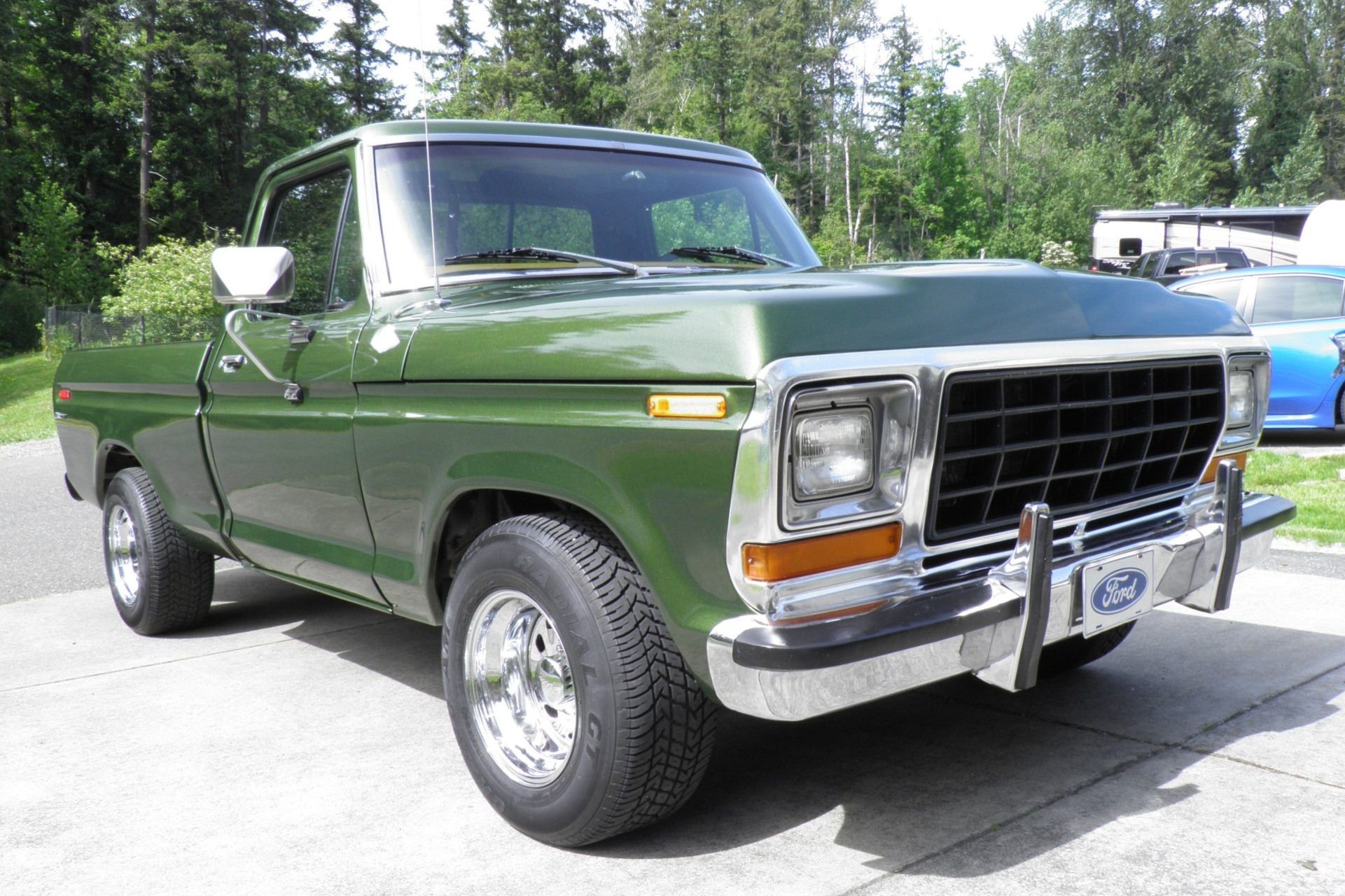 The Ford F-series has been America’s best selling full-size pickup for what feels like for-freaking-ever. Why is that? Because every generation of F-series brought enough to the table to be an outright threat to every other player in the game. As comfortable as a Chevrolet, as powerful as a Dodge, as tough as an International, as capable as a Jeep, the F-series has been the only truck in the eyes of many. If you didn’t deal with one growing up, in some way, shape or form, then we’ll send somebody to let you out of your cage. Bumpsides, dentsides, bull-noses, name it, at some point there’s a solid chance you had something to do with a Ford truck. For many, it’s the only true option. 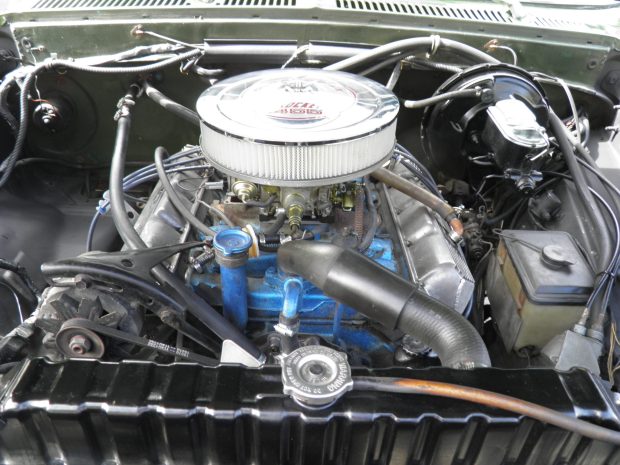 Don’t be fooled by the 1979 front clip, you’re looking at a 1976 dentside F-100 Custom in it’s original Hatteras Green Metallic paint color. It’s been around the block quite a bit, has had some restoration work performed recently (water pump, brakes, steering work and the like) and overall, is a solid shower. Air conditioning and a sliding rear window are nice touches on what is a classic pickup, one that can be driven wherever without fear. We aren’t knocking the truck at all. We just have one pressing question: At what point did the Oldsmobile 455 and TH400 come into play? 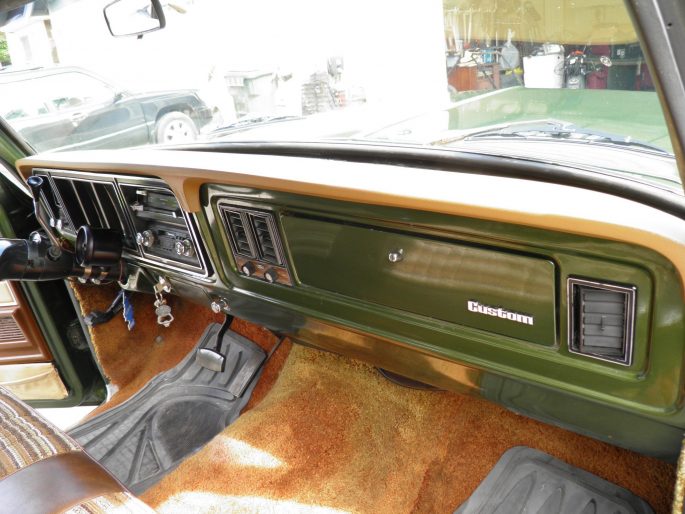 In 1976, the whole range of Ford engines was available, from the thrifty straight sixes through the 460 V8. This truck originally left the line packing a 302, the original sticker says so. But along the way some Olds was relieved of it’s engine and trans and it was shoved into this pickup truck. Like I said…not knocking it, just wondering why that choice was made. 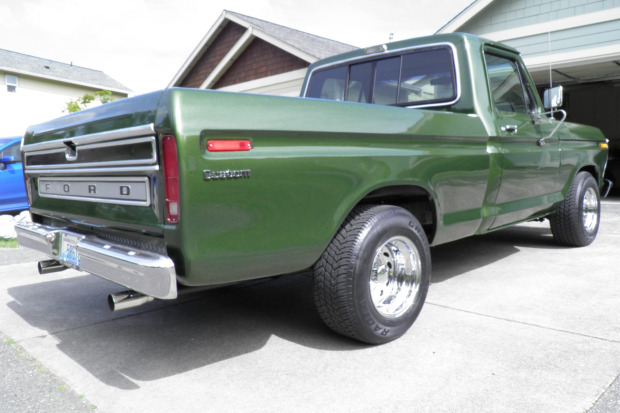