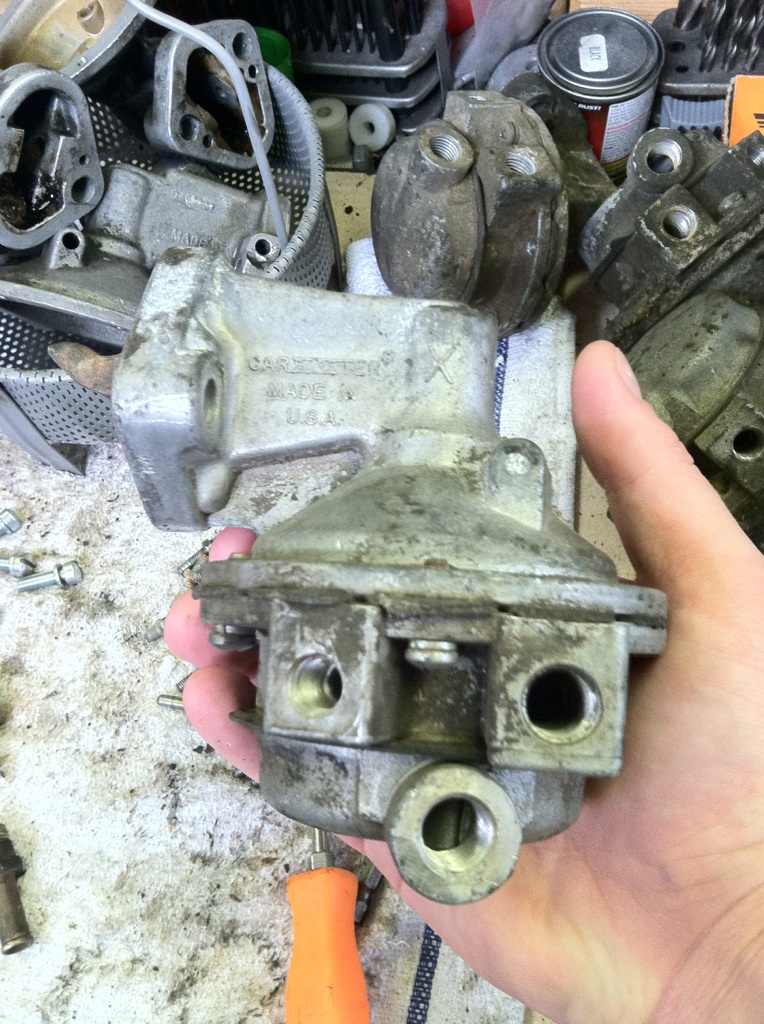 Yesterday we posted a couple of photos of a mechanical fuel pump we found a little odd and interesting while visiting with Mike Casella of Then and Now Automotive in Weymouth, Massachusetts. The three ports on the thing had our interest piqued as well as the fact that Mike had a pile of them to pull apart, rebuild, and ship back to the guy who sent them in to be done. We had a bunch of guesses yesterday but no one got it.

The Answer: This is a fuel pump for a 1963-1968 Lincoln 430 and 462 engine. The third port on this guy is for a return line that was used to prevent the car from vapor locking and starving for fuel. These pumps can only be had as rebuilt OEM units as no one is making them anymore. To date, Mike has done more than 100 of them over the last few years! To control the return side of the pump there is a cool little needle valve controlled by a coiled metal spring that contracts when it reaches a certain temp, allowing fuel to return to the tank and keeping the engine from vapor locking and dying. Mike said that without that spring installed and functioning properly, the car is guaranteed to be dead on the side of the road. He added that you can no longer buy the springs as they aren’t being manufactured so he was handling those babies with care!

One of the things I thought would throw people off was the big X cast into the top of the pump body. Mike said that this is the same body used on Ford FE big blocks and restoration people go nuts and pay hundreds and hundreds of dollars for them if they are doing a 100-point car because any other body is wrong. The FE guys must not have been reading yesterday!

We’re going to be doing more stuff with Then and Now in the coming weeks and months. They deal with so much neat stuff that we love hanging out there! 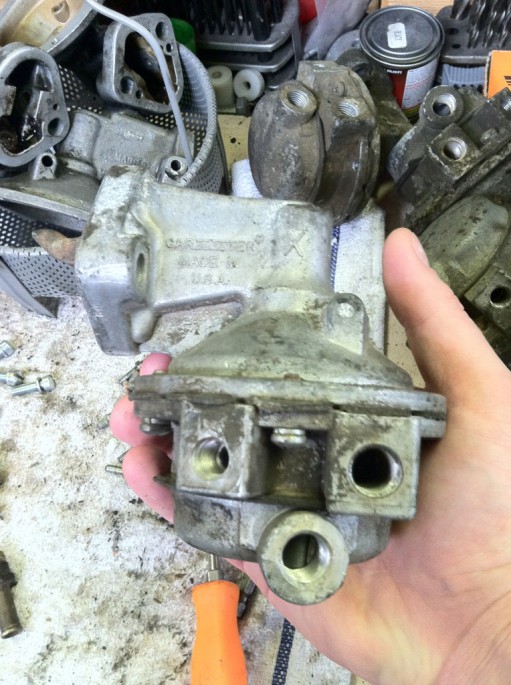 One thought on “Name That Fuel Pump Challenge: The Answer”