Nut Driver: First Autocross After Driving School, But Was I Paying Attention In Class? 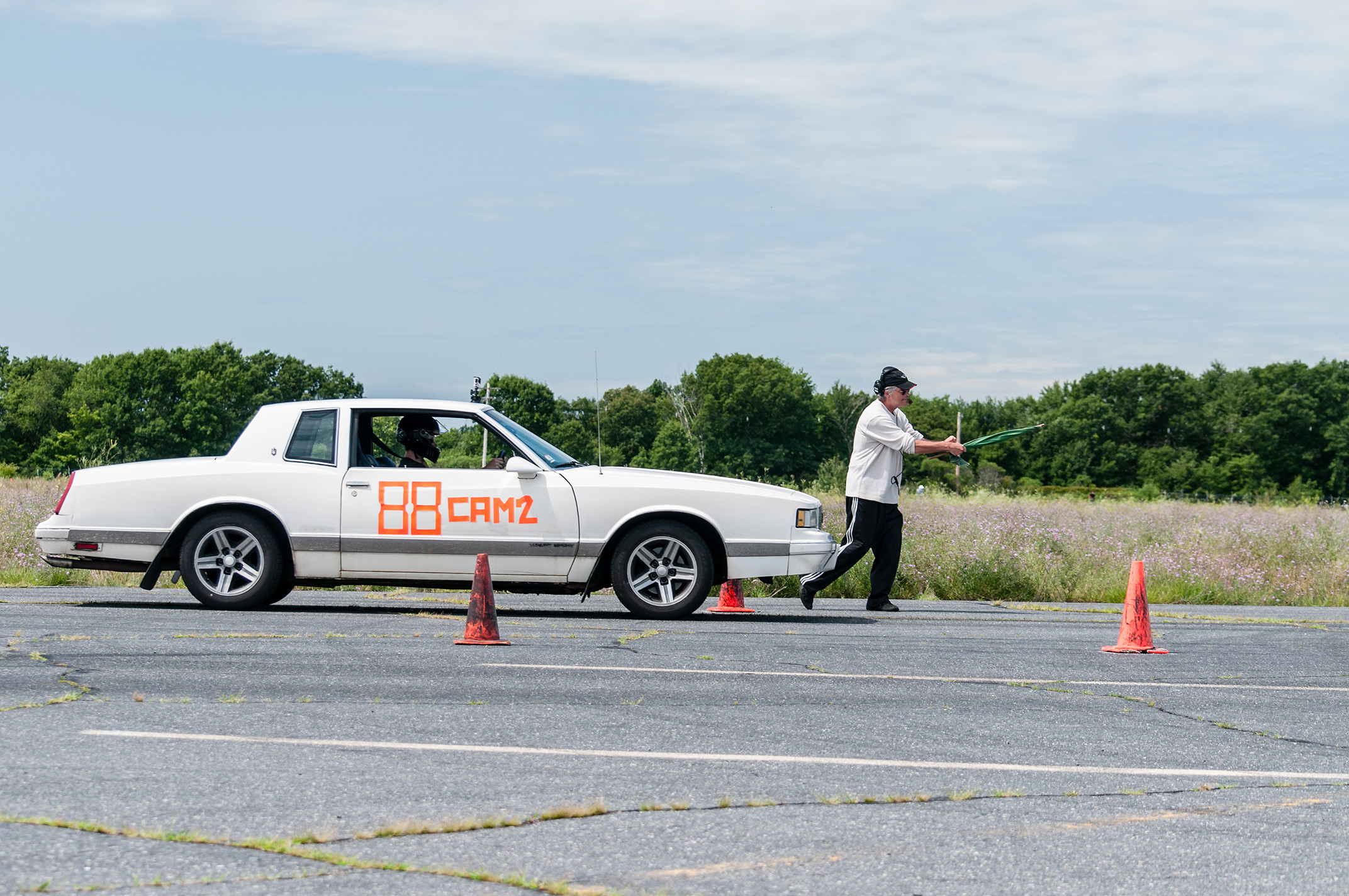 [“Nut Driver” features updates on Dave Nutting’s daily driver 1987 Chevrolet Monte Carlo]
Before continuing on, if you want to catch up on the other installments click HERE.

Just one very short week after attending the Evolution Driving School (You can read more about it HERE), I was back in Ayer MA again for the sixth NER Solo points event of the year. Since I only had a few days between driving events I didn’t have time to install any new upgrades on the car, unless you count fixing my “Good Enough” alignment repair performed during the driving school an “upgrade”. My buddy Dundy was good enough to correct my alignment woes at his shop during the week, adding a bit of camber and caster while he was at it. I went from -0.5 degrees camber and 4.5 degrees caster to -1 degree and 5.5 degrees respectively. By the way, it turns out that both of my upper control arms as well as my tie rod sleeves were loose. Note to self: If the guy at the alignment shop is younger that the car you’re getting aligned, bring it somewhere else…

Anyway, with that repair done it was time to see if I retained any of the lessons beaten into me the weekend prior. While this will be a short update, let’s get right into the photos and video.

Per usual, it was Dave and the Corvettes. While that’s one heck of a name for a surf music revival group, it also meant that I’d be hard pressed to get out of the basement of the class. 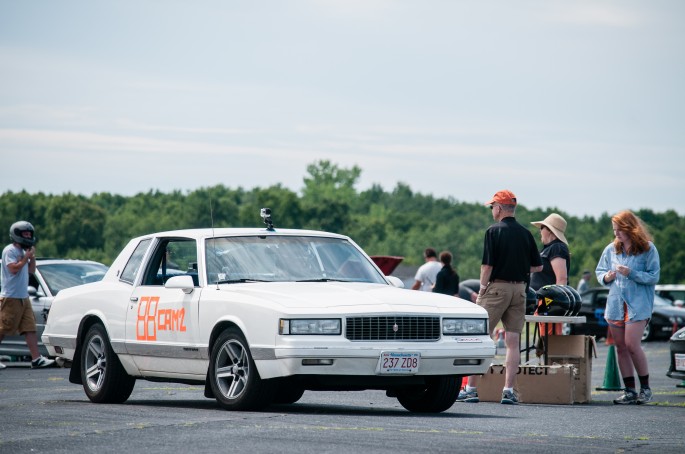 Being a typical SCCA points event I only had six runs versus the twenty-four runs at the driving school; if you’re going to do well you need to pay attention during the morning course walk and make sure to look ahead. 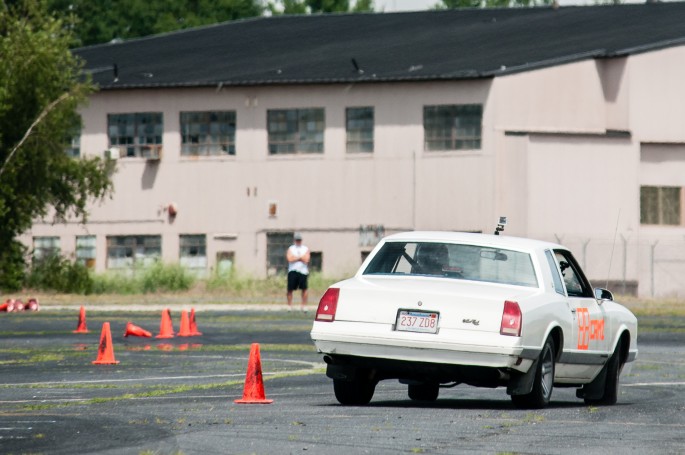 While nothing fell off the car this time, there’s still some pretty good body-roll going on, which was especially evident in the tighter portions of the course. 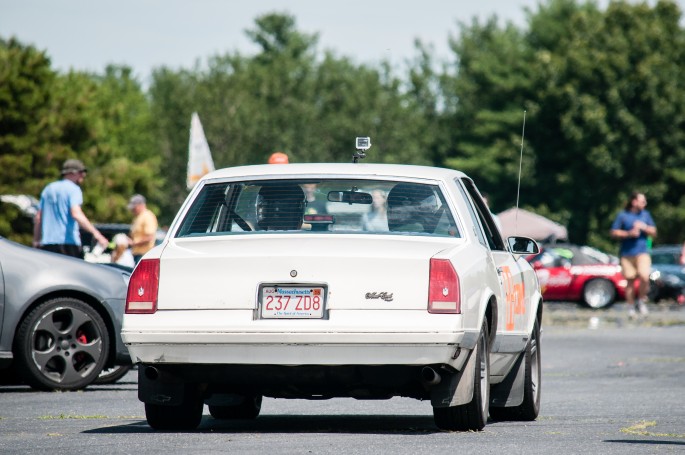 Prior to the driving school, I was running twelve to thirteen seconds behind the leader of the class, which is an eternity. I was hoping to reduce their lead a little with my new-found driving ability, so I was more than a little bummed when my first two laps came in at 67.431 and 66.214, which were…wait for it…ELEVEN seconds behind the leader. Awesome.
One of the other drivers offered to go for a ridealong to give me some advice. To sum it all up I wasn’t being aggressive enough in regards to speed in the slalom and the car wasn’t accelerating quick enough to make up for the braking that I was doing. While I couldn’t fix the acceleration problem that day (Soon, soon, my precious), I could work on maintaining my speed through each element. 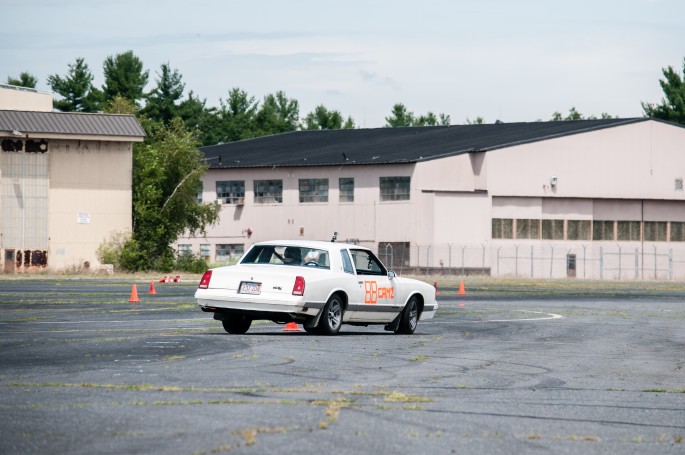 The fourth lap of the day is unfortunately always a bit of a throwaway as I’ve just been working for 45-60 minutes as a cone jockey, so I wasn’t surprised when the ticker lit up with a 65.613. Still, it was almost a half-second faster than before lunch, so I knew there was hope that I could keep improving.

Below is a video of my fifth lap, where I finally put it all together and landed a 63.983. Still in last, but I was eight seconds from the leader instead of the normal twelve. Seeing as the only real change made from the previous event was the driver, I was pretty pumped. Before you roll your eyes, remember that the guy leading the pack was in a 2002 Z06. Look, this is how I keep myself sane. Work with me here.

So, here it is, the sixth lap. With a brief prayer to the gods of all things full-frame, rear-wheel-drive, and quadrajet-equipped, I was off, all 150 horses wheezing through cast-iron lungs, past a 27-year old catalytic converter and into a set of mufflers of indeterminate age and quality. Tires howling in protest, parts-store brake pads squealing, course workers glancing up from their smart phones in mild disinterest as I past their corner, I wanted this one. Maybe I wouldn’t get out of last place, but I wanted to get within five seconds of the leader. Ok, I’d take six seconds, six and a half tops. As I cross the finish line, knowing that I had to be faster than the previous lap, I see 64.140 flash on the screen, two tenths slower. FUUUUU..dge. And, that’s it. I’m done for the day.

Lesson learned today is that a lap that may feel slow and smooth may in fact be faster than an aggressive lap, especially if you’re trying to force it. The driving school was also a worthwhile investment as my four second pickup event to event showed.

So what’s up next? I’m taking a few weeks off from autocross to repair a few things as well as pay attention to my other Monte, but before I return to the track I want to get a faster ratio steering box installed to see if that makes a difference at all. While stickier tires, more power, and better gearing would all be obvious improvements, unless something radically changes I’m going to wait until the off season to make those modifications. Til next time! 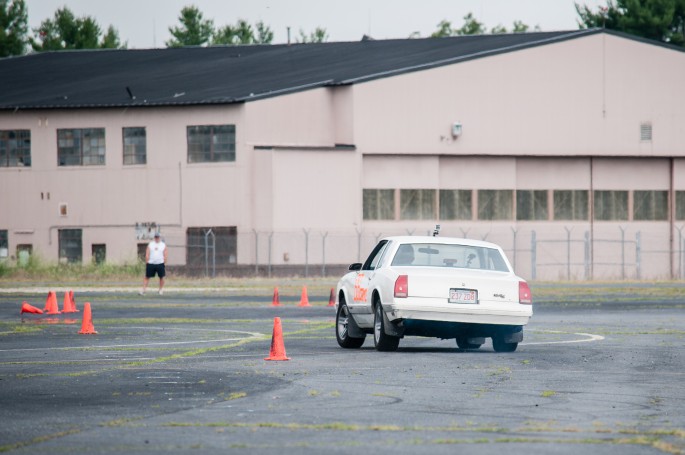 3 thoughts on “Nut Driver: First Autocross After Driving School, But Was I Paying Attention In Class?”