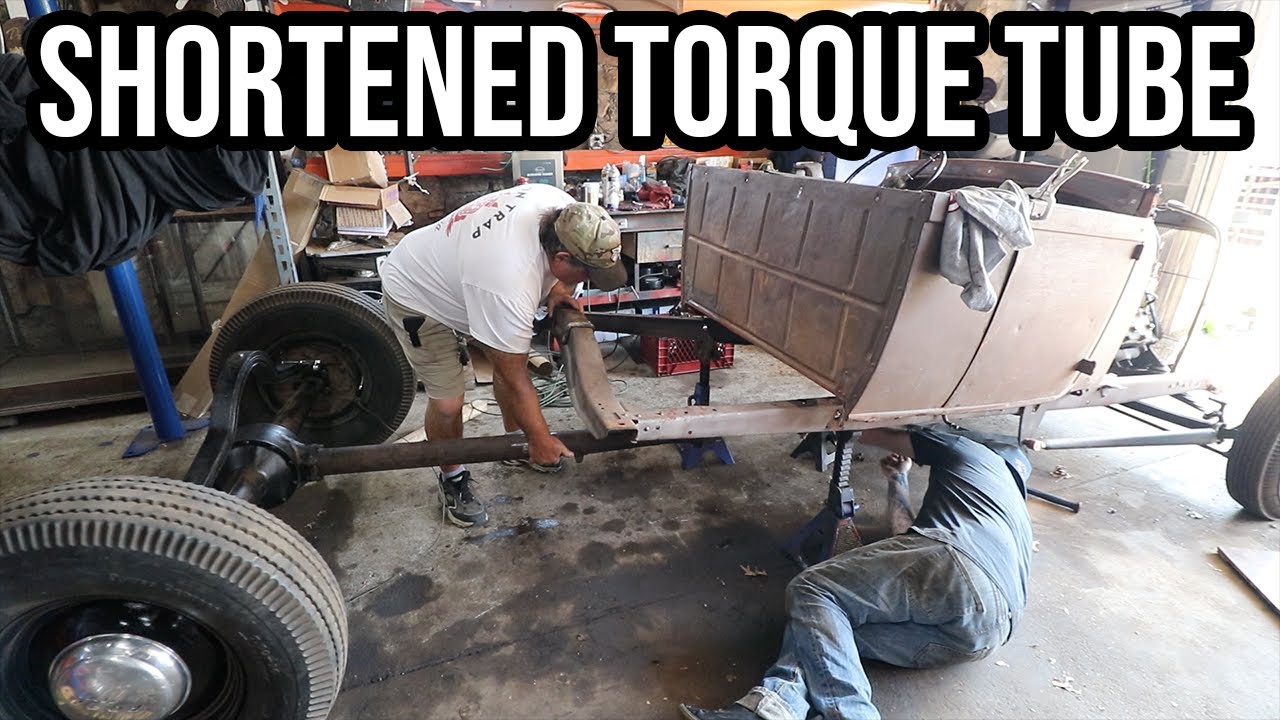 The Iron Trap shop truck project is coming along, but because it is a project being built from all kinds of spare parts then there is a fair amount of finagling that must go on. One of those things that needs some tweaking is the torque tube. Watch as the guys shorten this

The more I watch Iron Trap videos the more I want to build a 1920-1940 hot rod. They seem so simple and bare-bones if you want them to be and that means that you can put one together pretty quickly if you have the right parts and pieces laying around. Since the Iron Trap gang does, this cool shop truck project should be pretty simple and straightforward for them to get up and running. It’s especially nice since it is going to be a shop truck and not something that has to be super clean and finished when done.

That doesn’t mean it won’t be cool though! Check out video one of this project. There is more to come and you’ll dig it.

The last major part for the drivetrain on the Roadster Pickup is to shorten a driveshaft and torque tube. The rear we are using came from a 1940 Ford, which has a much longer chassis, so the driveshaft will need to be shortened for the Model A chassis. Matt starts by cutting the torque tube to the desired length, and test fitting before final welding. Since he removed one piece from the torque tube he is able to transfer that same dimension to the driveshaft, and cut out the same amount. After some machine work and welding it’s time to assemble the whole assembly and slide it under the RPU! We are very close to take a quick test drive around the yard!!!