Solid Bet: Beefing Up The Rear Suspension On An A-Body Pontiac For Gamblin’ Adventures 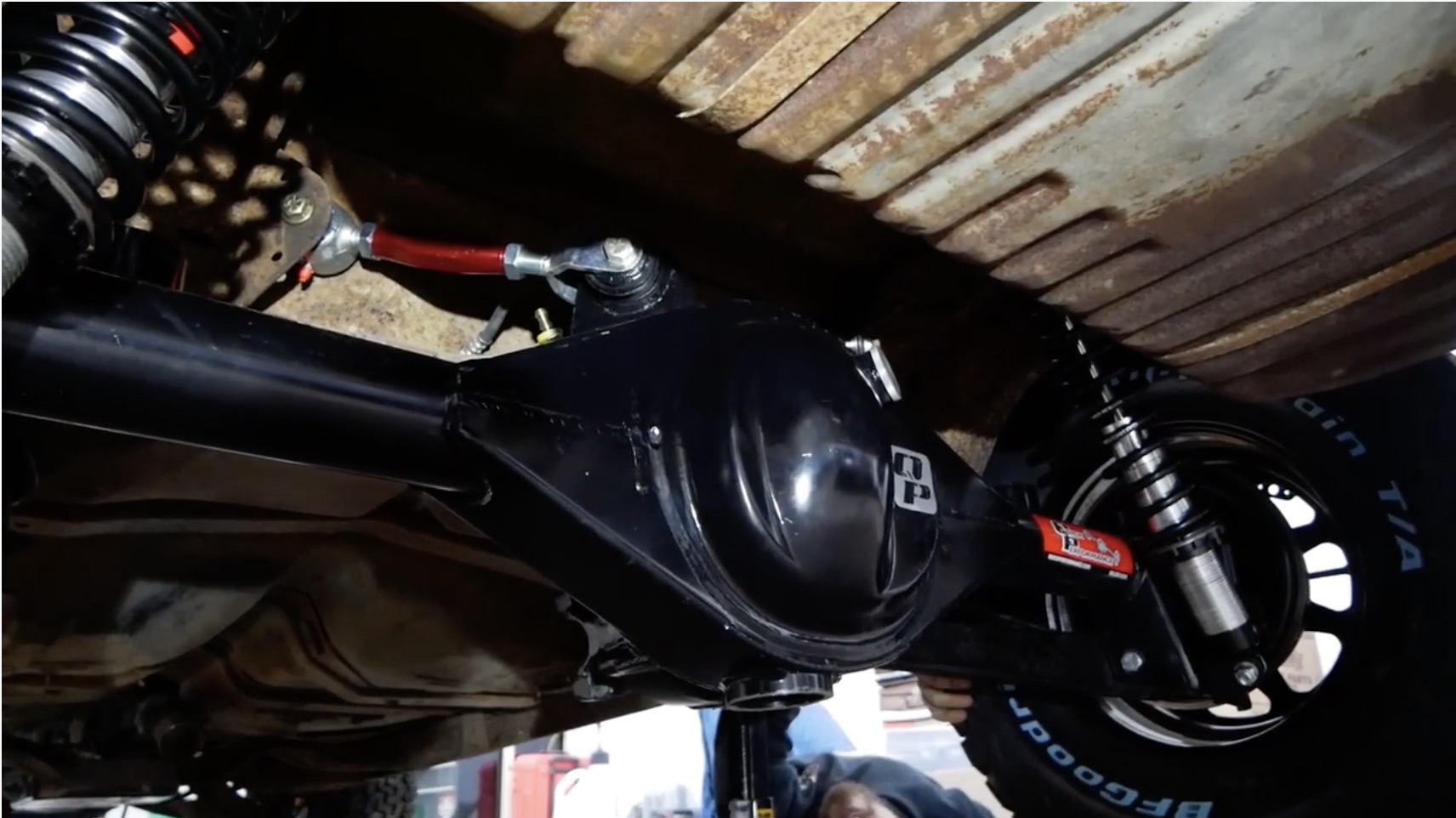 Okay, I’ll say it: I’m still amazed that Kevin is actually going through with the build of this 1968 Pontiac LeMans. The car was submerged…probably a few times. It sat abandoned just about as long as I’ve been alive, which means longer than Kevin has been alive by a good margin. The interior was a CDC case study, the outside had that “won’t run again, ever” look to it, and yet here we are: Buick power, a hand-built electrical system that functions, a roof rack and body patch panels made up of license plates. In case you’ve ever wondered if different YouTube channels talk to each other, here’s your proof, because I’m pretty sure Vice Grip Garage is just as guilty of desecrating plates in such a manner, and I doubt that Zip Ties ‘n Bias Plies cares one way or another.

With the goal for this car being a reliable Gambler-style rig, it has to be able to live off-road and be able to drive back. And that’s just something the skinny little rear axle was going to do, even if it was in great shape. Spoiler alert: it wasn’t. Now, I’m not in the loop on whether or not this was a budget build, but if it was, that went flying out of the window, because the rear suspension is good stuff from QA1 and Quick Performance. The electrical system might give a shock every time the radio is turned on, the body might just give up and slough off after a good trail ride, but the components that make up that rear suspension system will do just fine. In fact, it’s almost a guarantee that the body will fail before anything back there does.

Maybe I shouldn’t say that. There’s no compensation for driver error or enthusiasm. Either way, check out the latest progress on the LeMonster:

The Threat and The Challenge: This 1970s Caterpillar Film Looks At A Changing Industry And Tries To Spur A Massive Company Temper Flare: Chase Elliott Throws Out His Own Flag On The Play After Getting Spun Out At Darlington

3 thoughts on “Solid Bet: Beefing Up The Rear Suspension On An A-Body Pontiac For Gamblin’ Adventures”