The Challenger Revival, Part 14: Making The Interior A Pleasant Place To Live! 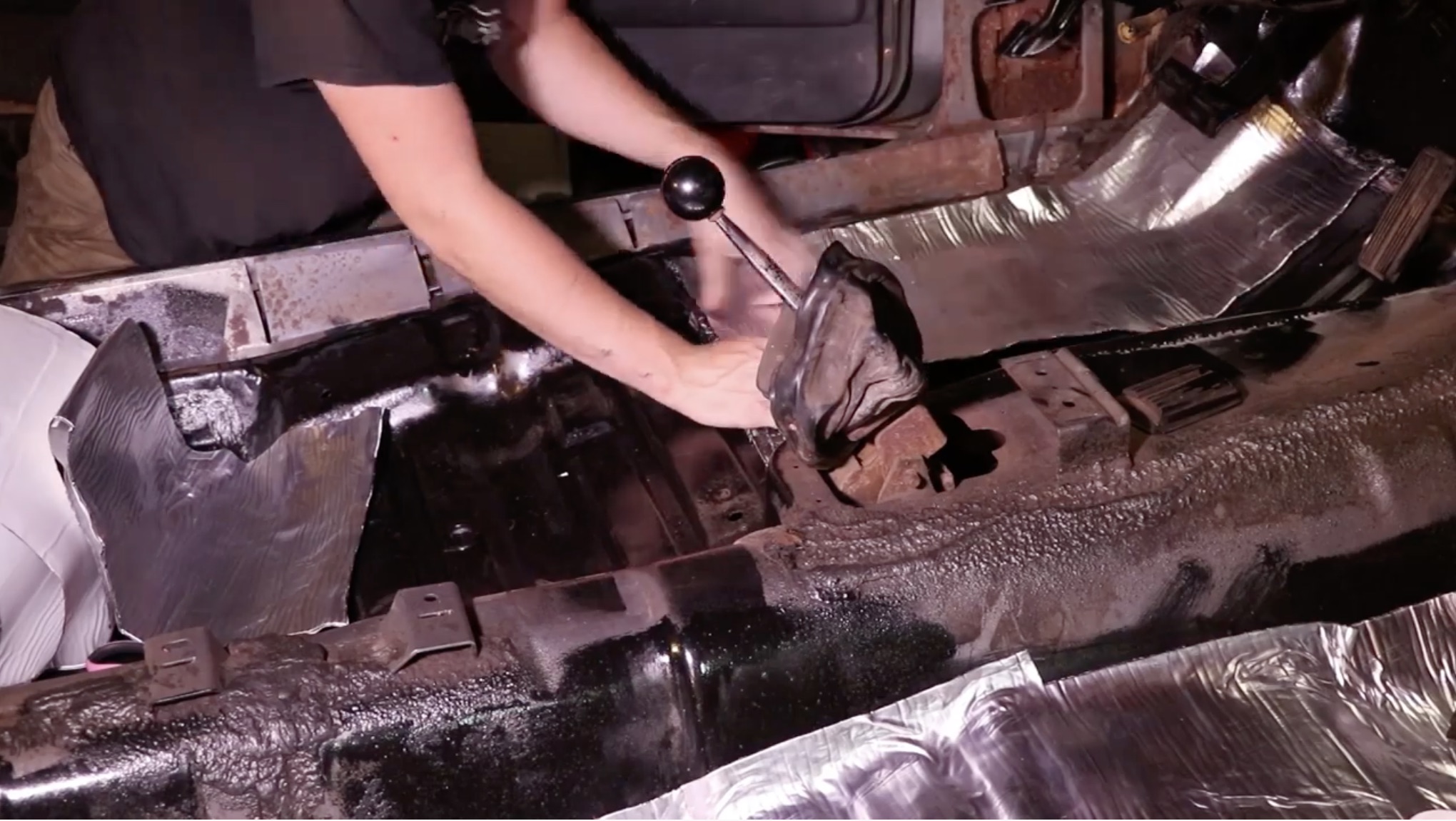 So far, Dylan McCool’s Challenger has seen suspension work at both ends, structural repairs from sitting since right about the time Ronald Regan was starting to get comfortable living in the White House, and has been treated to some beauty items like 1970-style bumpers to get rid of the bash bar setup. By picking a section and working it until it’s done, each little bit of the E-body has been coming together slowly but surely. Some easier than others, for sure…there aren’t many first-timers who are going to try a framerail replacement right off of the bat, but hey…you have to start somewhere.

In the most recent update on the Challenger’s progress. attention is turned back towards the interior. With patch panels in place and a fresh coating of POR-15 laid down to keep the Dodge’s floor from doing what Dodge floors do best in the future, it’s time to focus on two major items: getting the sound deadener laid out and getting the headliner put up. Are you looking at the car and wondering, “Why bother?” to yourself? Here’s the deal: no matter how your outside looks, you live inside of the car when you drive it. You can let a LOT go when the interior is on point, and there aren’t many cars from the 1970s that don’t need a once-over in the cabin in some shape. Here, the headliner will keep any and everyone from having to look at bare sheet metal, while the sound deadening material will not only do it’s job of suppressing sound, but will also act as a thermal barrier as well. The goal is to have the Challenger on the street as a driver, so why wouldn’t you go all-out on the interior if you’re going to actually drive the car?

Looking To Build A Roll Cage In Your Project? This Dirt Lifestyle Video Shows You How! Which LS Intake Manifold Is Right For You? Here Is The Biggest Intake Test In LS History. Check Out All The Testing Results

2 thoughts on “The Challenger Revival, Part 14: Making The Interior A Pleasant Place To Live!”