The Challenger Revival Part 24: MoParty And The First Drive 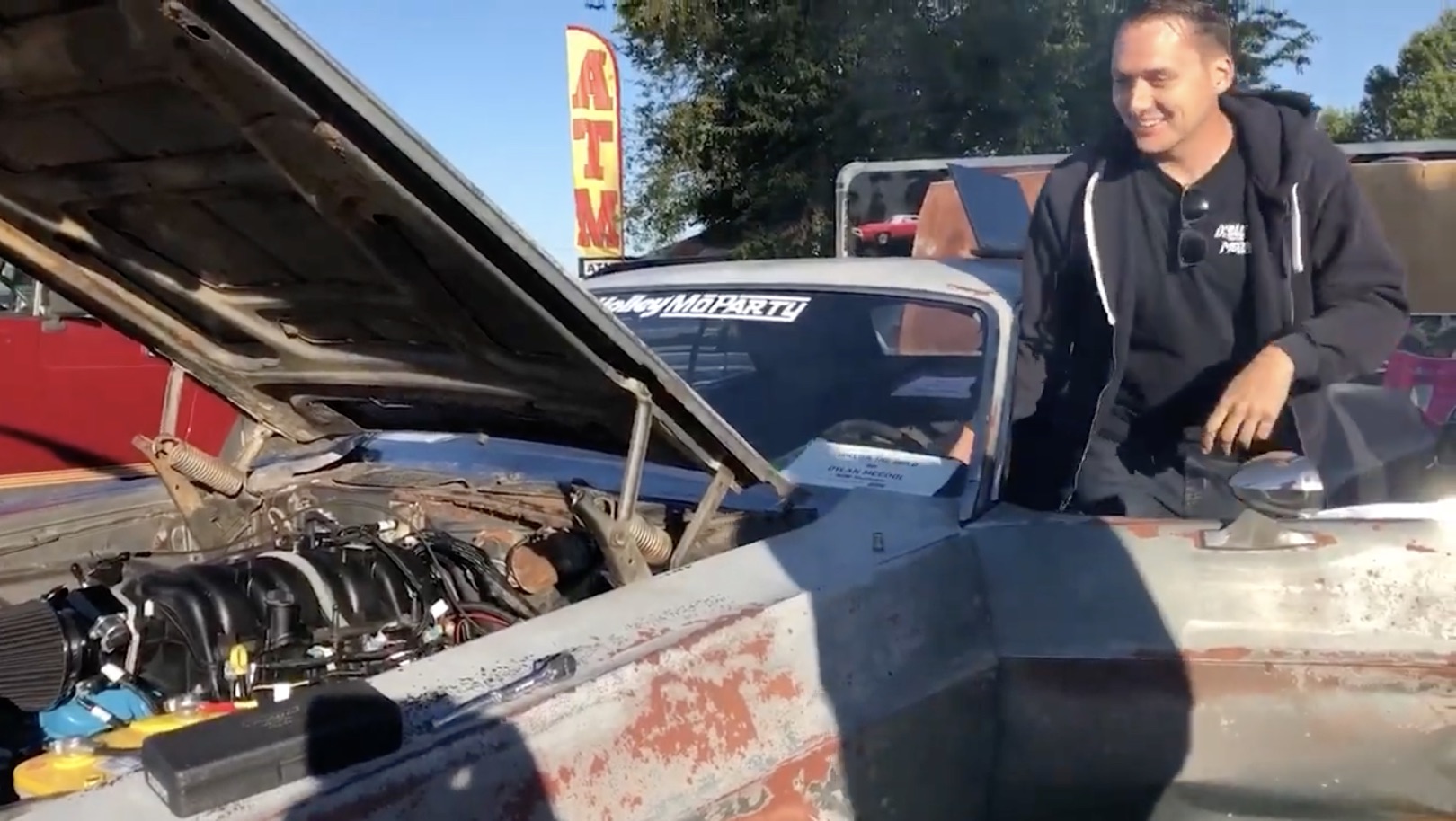 Looking back to the first images of this 1973 Dodge Challenger as it was found, would you have attempted to bring it back to life? Crusted in algae, sinking into the earth, bashed in the door…this was a car not for a beginner-level amount of knowledge. This was not a project car for the faint of heart or thin of skill. At any point in time this E-body could’ve made the jump from “project” to “part-out” depending on what was found. But it hasn’t. Ever since he dragged the car from it’s resting place in the fall of 2019, Dylan McCool has been on a massive undertaking. The locked-up 318 and near-useless 3-speed manual transmission had to go. The interior needed an old priest and a young priest, and the outside needed a pressure washer and the better part of an afternoon. Major metal surgery was required…in addition to the typical old Chrysler rust issues, the passenger-rear subframe rail had to be replaced. Both suspension systems needed to be addressed. Brakes were on the list. Time would be eaten up, money would disappear in a vacuum. But it’s safe to say that the effort has been worth it, because the Challenger made it’s first public appearance at Holley’s MoParty recently. It’s not completed. But it’s running and operating, and that alone is worth the effort.

MoParty was the deadline for the car to be up and moving, and it didn’t quite happen. As things go with a project car, certain things didn’t go according to plan. The Challenger would crank over, but it wouldn’t fire off. But once Holley’s technicians pointed out a power issue, one hit of the key later and the Challenger is off and driving around. The relief has to be palatable, and the urge to continue on stronger than ever.

Ask And Ye Shall Receive: The Ford Bronco Can Now Get A 7-Speed With The Sasquatch Off-Road Package Homecoming King: A DeKon Monza Recreation Ripping Around Monza