The Dirty Cougar: The Final Installment Of Our $400 Revival Racer!

Mar 03, 2019Bryan McTaggartFORD, Project CarsComments Off on The Dirty Cougar: The Final Installment Of Our $400 Revival Racer! 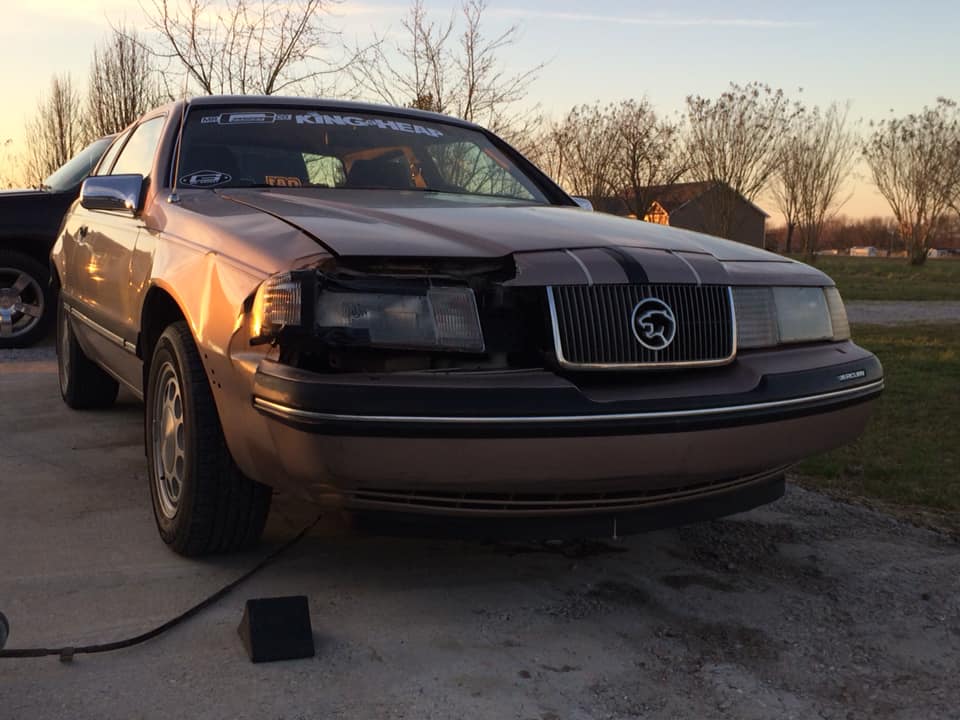 Three months ago, sick with a head cold, hating the automotive sickness like none other, I was laying in a muddy alleyway in Evansville, Indiana, wrenching, fighting, and cursing a 1987 Mercury Cougar LS that was battling every step of it’s rescue from a decade of neglect in a backyard. From the moment we opened the door and the hood and realized that we might be over our heads to the drive home, sick, tired, cold, and apologizing profusely to our significant others for the outright loss of a full day, Chris Conn and I were at war with the Fox Body Mercury. But ultimately, now that the King of the Heap season is over, now that I’ve spent months driving the car as my primary driver, that I can say that the cold January day was worth the struggle. The seller didn’t lie to us…the Mercury was a good car that just needed some love and some maintenance. 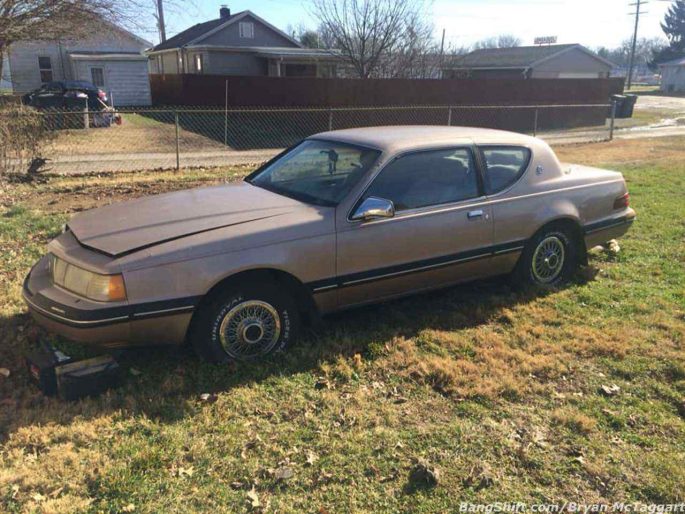 Most of the Cougar’s ailments could be concentrated to three main points: the rolling stock, the fuel system and the ignition electrical system. The 14″ tires that the car came with were horrifying by anybody’s standards, dry rotted beyond reproach and only useable as potential future playground material. Those wheels and tires are now rollers for the Great Pumpkin Mustang, which had originally given up it’s 10-hole wheels and tires for a quick and dirty changeover. Turns out, the Mustang’s tires were pretty screwed, too, so a new set of 10-holes were borrowed from Haley’s uncle and the Uniroyal tires that had been on the Cadillac Limo were transferred over. Some well-needed brake work later and the car drove fine and stopped well enough.

The fuel issue was two-fold: old, garbage gasoline left in the tank plus whatever sediment was in there was trying to push it’s way through a clogged fuel filter. Running the old gas out and changing the filter woke up at least half of the original horses up and the Cougar would haze tire on the drop of the throttle. There could be more work done there, like the in-tank filter and new fuel pump, but we never got to it. 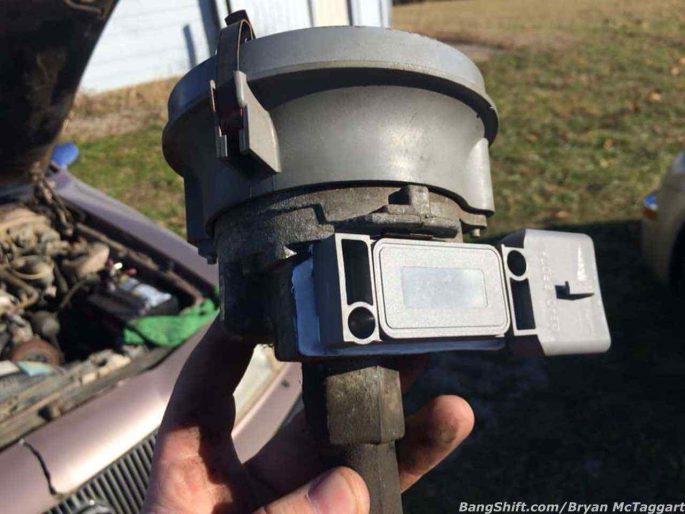 The ignition system was the difference between a running car or not. We had swapped the starter relay and the coil while extracting the Mercury in Indiana, and I changed the ignition module on the distributor when I had the car back in Kentucky. But the true issue was the connector to the ignition switch connector inside the column. The car needs a completely new housing for that connector, since the connector can’t latch onto the switch properly. Another issue that wasn’t going to be fixed, the solution was to zip-tie the connector in place, not allowing the connector to move. As long as the Mercury isn’t being thrashed around, it works just fine.

In fact, most everything in the Mercury works just fine. The list of non-functionals is pretty short: the driver’s side “lock” switch, the right turn signal bulb and hi-beam bulb in the cluster don’t illuminate, and the trunk’s spring system is completely defeated, requiring a cut-down broom handle to hold the trunk in place. That’s it. The stereo worked and sounds good, the cassette player works, the power seats and mirrors work. The HVAC functions, though I’d wait until summer to give the A/C system a passing or failing grade. Out of all the cheap-ass cars I’ve owned, this has been the easiest to put together and get moving.

The Dirty Cougar project has come to an end for a simple reason: The money I spend on vehicles needs to go to a project car that I can love and want to keep up with for a while, and I need to focus on other cars. That said, the Cougar taught me a lot about Ford products, a subject matter I was pretty thin with, and seeing the Mercury go from yard art to a daily-driver worthy car has been very satisfying. The Mercury ran well while getting it’s teeth kicked in at two King of the Heap races and it drove back home from both like nothing happened, music playing as the car rolls down the Interstate. It’s been fun, it’s been a positive experience, but it’s time to move along to the next project. 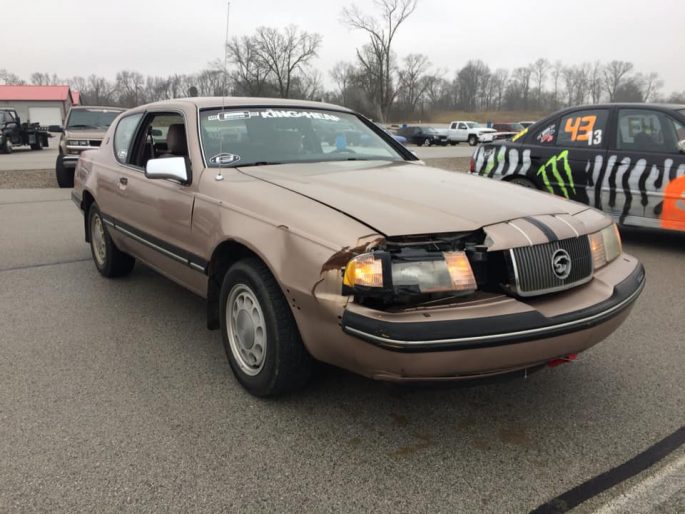 Project Binky Update! This Little All Wheel Drive Mini Is Getting So Close To Done! Leroy 2.5 Comes To Life! The New Engine Sounds Amazing And Is Ready For Big Boost